James Roberts June 2, 2020 No Comments on France: green light given for green zone clubs to reopen 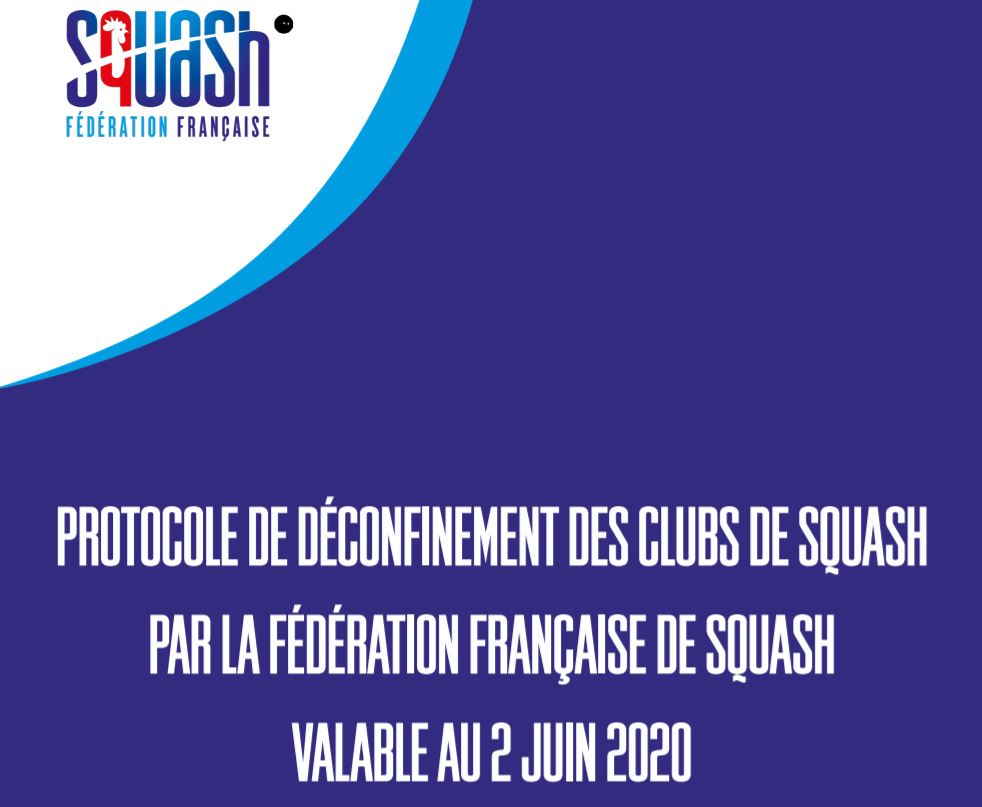 The French Squash Federation enthusiastically announced yesterday that long-suffering squash clubs, who have been closed since 14th March following the COVID-19 outbreak, could finally reopen their doors from today, Tuesday 2nd June, allowing their members to once again get on court to play the sport they love.

However, this only applies to clubs located in those zones of the country classified as ‘green’, with those located in orange zones having to wait until 22nd June. The French government has instigated a ‘traffic light’ classification system for its 101 ‘départements’ (local administrative areas), based on the virus incidence and risk of transmission.

This eagerly anticipated decision has been the result of a consultation period and joint working between the Federation and the Ministry of Sports. The major breakthrough which led to this decision even being possible was the Ministry accepting the Federation’s position that squash can be classified as a non-contact indoor sport.

An official decree was made by the government on 31st May, following which the Federation called the clubs and associations together via a webinar yesterday evening to discuss the decree and provide the necessary guidance that clubs will need to follow.

This ‘deconfinement’ guidance consists of a protocol for clubs to follow in order to provide a safe playing environment, as well as a Deconfinement Commitment Charter that all clubs will need to adopt.

Only the following squash activities will be permitted:

The following activities are not permitted:

• Traditional matches
• More than 2 players on court at any time

The protocol guidance provides a range of practical and sanitary measures that clubs and players need to implement, including:

The full protocol can be downloaded here.

D’Sport and Co in Nantes, a 2 year old club that we have featured on Squash Mad before, was one of the first to enthusiastically announce its reopening yesterday evening via its social media accounts. “Good evening squash friends, the much-anticipated moment has arrived at last!”, they declared on their Facebook post, along with a change of cover photo reflecting their excitement (see above). 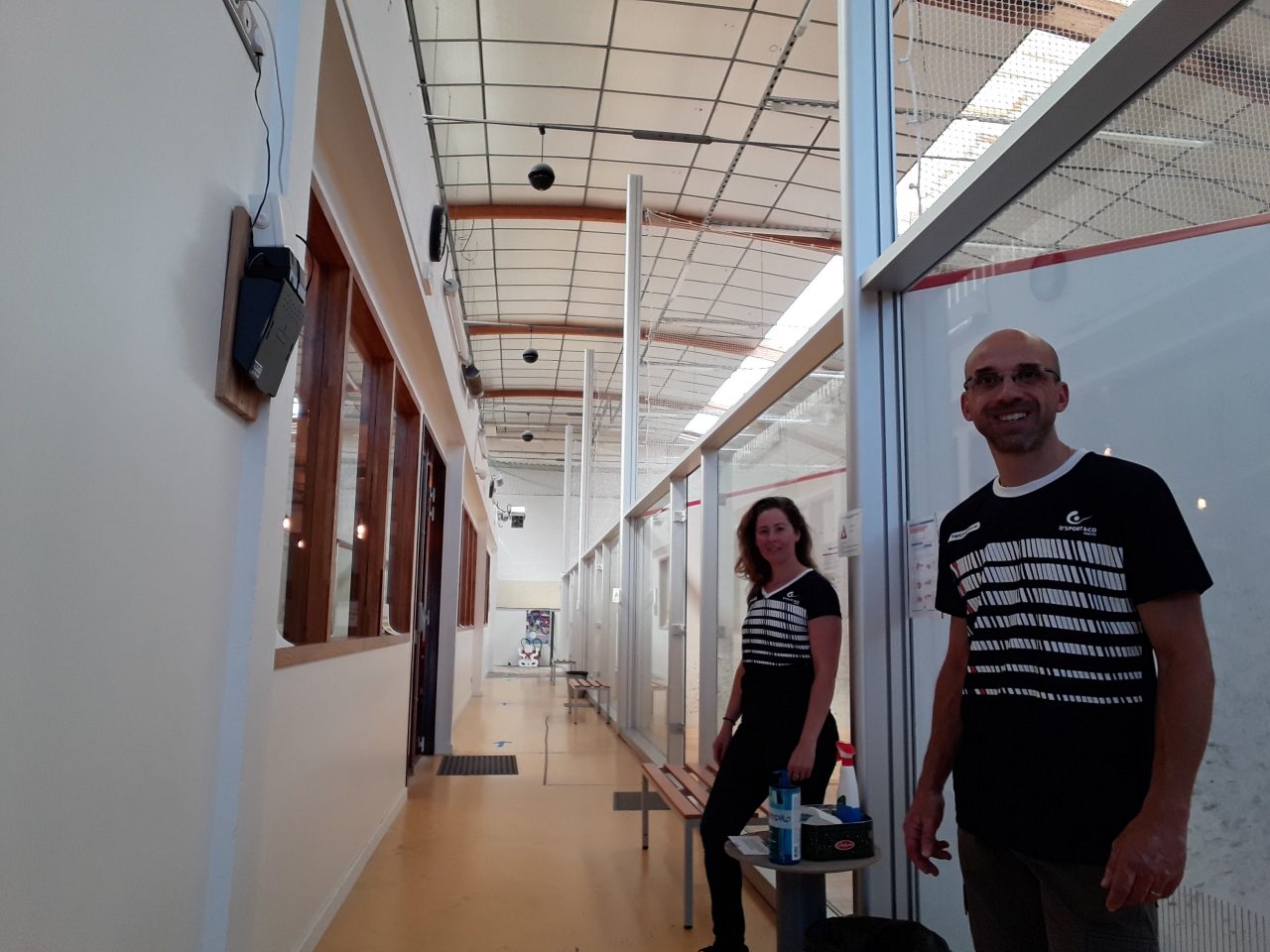 D’Sport co-owners, Gaëlle Le Moigne (left) and Cyril Sepsault get ready to welcome members back to their courts

The dedicated co-owners of the club, Gaëlle Le Moigne and Cyril Sepsault, have tried their best during the lockdown to put on a brave face by continuing to provide some sort of income generating service and prepare their club for reopening. In particular, they revamped and relaunched their restaurant offering, now renamed “à la Volée”, with a take-away and barbecue service.

In preparation for today’s reopening, Gaëlle and Cyril have certainly been extremely busy: they have deep cleaned the club from top to bottom, produced and affixed guidance posters, installed floor directional arrows to aid the flow of members and avoid paths crossing, stocked up on hand sanitiser and disinfectants, adorned the bar and restaurant areas with new artwork (and restocked the bar!), set up a new Club Shop at the entrance and also installed a new outdoor terrace area. 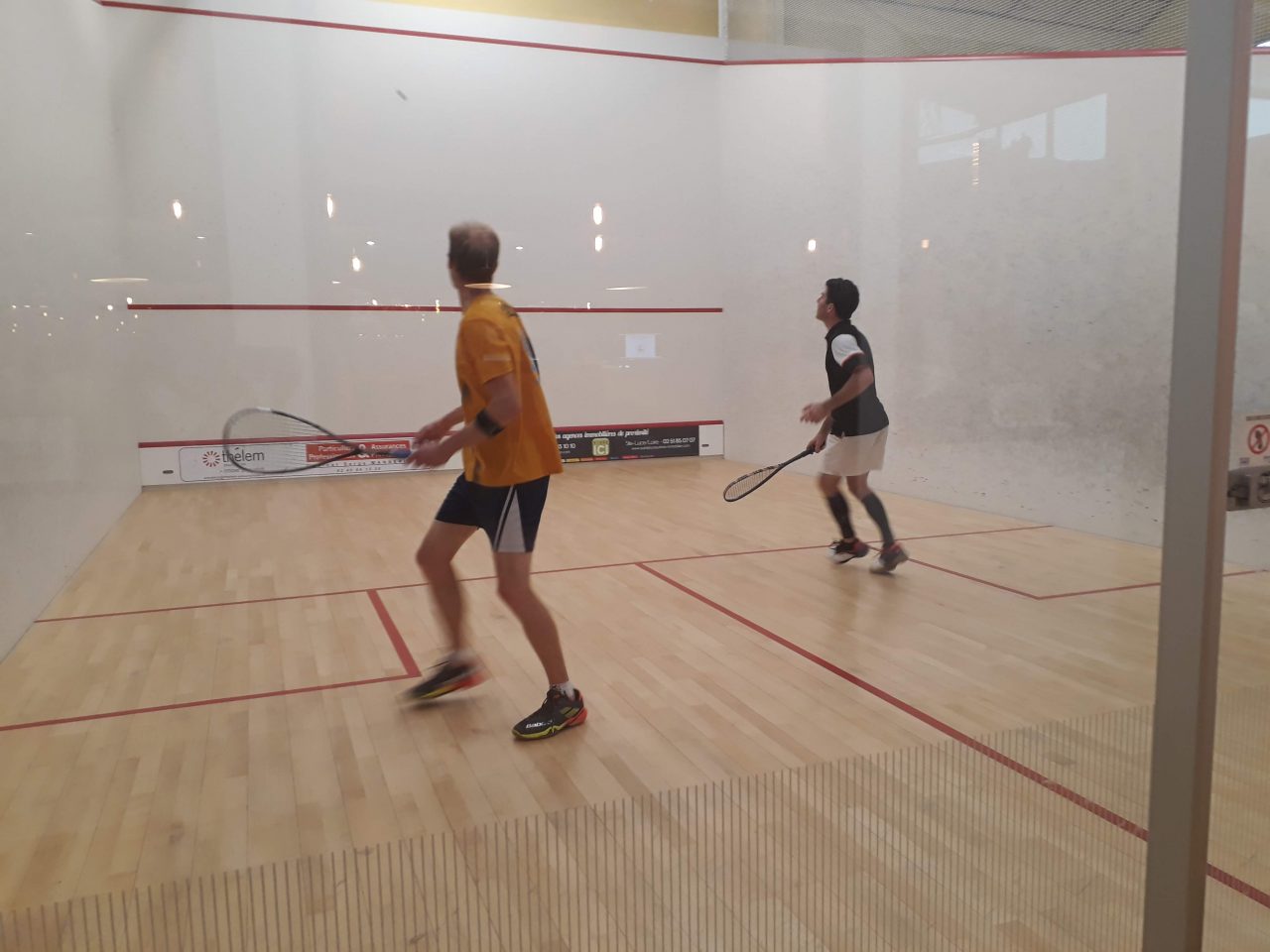 Cyril commented: “We are delighted to have at last reopened, even though we were a bit apprehensive to meet the public again after 2 and a half months of confinement.

“The players were all informed individually about the new health, safety and play rules to be observed and it’s fair to say that despite best efforts, there were some difficulties in respecting them.

“It is just such a pleasure to see squash played again and hear the sound of the ball against the walls. The club is at last coming back to life, with the sound of laughter and the clinking of beer and soft drink glasses.”

We at Squash Mad, wish D’Sport and Co and all the clubs in France the best of luck as they welcome back their members and adapt to the ‘new normal’. Squash devotees the other side of the channel can for now only look on with green eyes.

In the video below, 2 D’Sport and Co members are enjoying a good boast-drive routine, maintaining that crucial 2 meter distance.