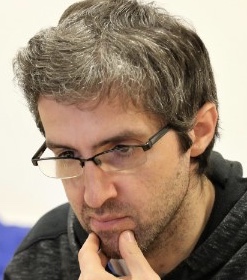 Exclusive Interview: Lucas Serme opens up about the moment the squash world held its breath as he was hit in the head by a...

Launched in 2021, the Green Squash Tour will be back from October 26. With five events instead of four – Bordeaux will be joining Lagord, Niort, Angers and Cognac – a big increase in the overall prize money and still a strong will to combine sport and sustainable growth.

About a year ago, we had told you the story behind the Green Squash Tour, a joint initiative bringing together several promoters of PSA events taking place in the west of France. “I often say that the hardest thing is to start a project,” says Nicolas Barbeau, who coordinates the whole tour.

“When it comes to renewing it, we can rely on the processes that have been put in place. Each tournament is ran independently but we pool some resources, such as communication. As for the wildcards, they were awarded in consultation with the French Squash Federation.”

As its name suggests, the Green Squash Tour relies on an environmentally friendly approach. A charter was drawn up at the time of its launch and is divided into six areas: eco-responsible governance, management and stakeholder awareness, respect and involvement of participants and spectators, environment protection, promotion of ethical values and territorial anchorage and legacy.

As in 2021, it has been granted the bronze label Développement durable, le sport s’engage® (Sport commits to sustainable growth, in English) from the National Olympic Commitee.

“Events that meet more criteria and are awarded gold or silver have very big means,” explains Barbeau. “This label does not provide us with a grant, but it brings credibility and facilitates the search for partners, especially those associated with sustainable growth.

“The main selling point of our tour is that it limits travelling as far as the players are concerned. In 2021, some of them played several tournaments and we were able to host them in between. The clubs play along, knowing that squash is an activity that does not produce a lot of waste.”

As far as the competition goes, the Green Squash Tour 2.0 steps into another gear with a large increase in the overall prize money ($67,000 versus $33,000 in 2021) and the addition of a couple of women’s draws.

“Some people would have liked the 2022 tour to be women only,” says Nicolas Barbeau. “It wasn’t possible for a number of reasons, but two tournaments is a good start.”

As Bordeaux makes its appearance in the landscape, Lagord and Niort have almost doubled their prize money and are set for some awesome matches (see below).

“This was made possible thanks to the addition of more public funding, as well as some grants from the PSA.” This is obviously very good news for the regulars of these two clubs, and the Squash du Marais stand in Niort, that is renowned for its boiling atmosphere and should be packed to the rafters every night.”

GREEN SQUASH TOUR OVERVIEW: What we can expect during these five weeks of competition.

PREVIEW. And it looks promising: 10 players from the world top 100 feature in the entry list, among them some upcoming players on the PSA World Tour such as Colombian Juan Camilo Vargas, Scotland’s Rory Stewart and Spaniard Ivan Perez. We will also have an eye on Frenchmen Benjamin Aubert, who is back after a foot injury as well as his compatriot Edwin Clain, who had a good start this season.

LOOKING BACK. One year ago, the club of Lagord Tennis Squash had hosted its first PSA event: we were hoping for a French win but Benjamin Aubert and Auguste Dussourd were beaten by Mazen Gamal in the semis and the final.

PREVIEW. The Egyptian will try and do it again, but it will be a very tough task with such a strong field. The presence of squash legend James Willstrop is an event in itself, and we’ll devote a specific article to the Marksman in a few days. Let’s not forget former world #6 Mathieu Castagnet as well as three ambitious players who are aiming for the world top 20, Englishman Declan James, Spaniard Iker Pajares and Frenchman Auguste Dussourd. If you’re around, don’t miss the quarterfinal night on November 3 as it promises to be epic …

LOOKING BACK. Niort is one of the few international tournaments in France which managed to stand the test of time in the last few years. It was initially a 5k in 2015 and 2016, then the organisers went up a notch the following year with a purse of 10k prize money. The rise of the event was simultaneous to this of home hero Baptiste Masotti, winner in 2018.

PREVIEW. For the first time, the Niort born had missed “his” tournament last year, but he will be back in a few weeks with the status of the #1 seed. As in Lagord, the crowd should be treated to a fantastic show, five players standing out on paper: Mathieu Castagnet, Auguste Dussourd (last year’s winner in Niort) and Declan James will make the short trip from Vendée, while James Willstrop and Iker Pajares will be replaced by Baptiste Masotti and Borja Golan, who could face Castagnet in a quarter-final clash between two former members of the world top 10.

LOOKING BACK. After organizing four tournaments at Lac du Maine and last year’s at the Playground, Nicolas Barbeau will be introducing international squash at the Wake Up. Victor Crouin won his first title at Angers, while for Argentina’s Leandro Romiglio, his victory last year was one of the first steps towards regaining his best form.

PREVIEW. As mentioned above, this is the first women’s PSA tournament in Angers. Players have until October 4 to enter, and at the time of writing the number 1 seed is Léa Barbeau, daughter of Nicolas. Even if she is at the bottom of the list, Ambre Allinckx, who’s back from injury, would probably be a strong contender.

LOOKING BACK. The Squash de la Belle Allée and its manager Nordine Ramdaoui threw themselves into the PSA scene at the end of 2019 with a 6k event, whose winner was England’s Tom Ford. Because of the pandemic, the club had to wait until the beginning of 2021 to host the second edition. This was domestic only and played behind closed doors, and Victor Crouin came out victorious. The third one, played during the 2021 Green Squash Tour was clinched by Spaniard Ivan Perez, who plays for Cognac in the French league.

PREVIEW. As for Angers, the closing date will be October 4. Egyptian Hana Moataz, runner-up in the 2022 USA College Squash Championship, would be a hot favourite in the women’s draw if her presence is confirmed. In the men’s, Ivan Perez will try to hold on to his title, and as of now Switzerland’s Yannick Wilhelmi and Frenchman Benjamin Aubert would be his main challengers.