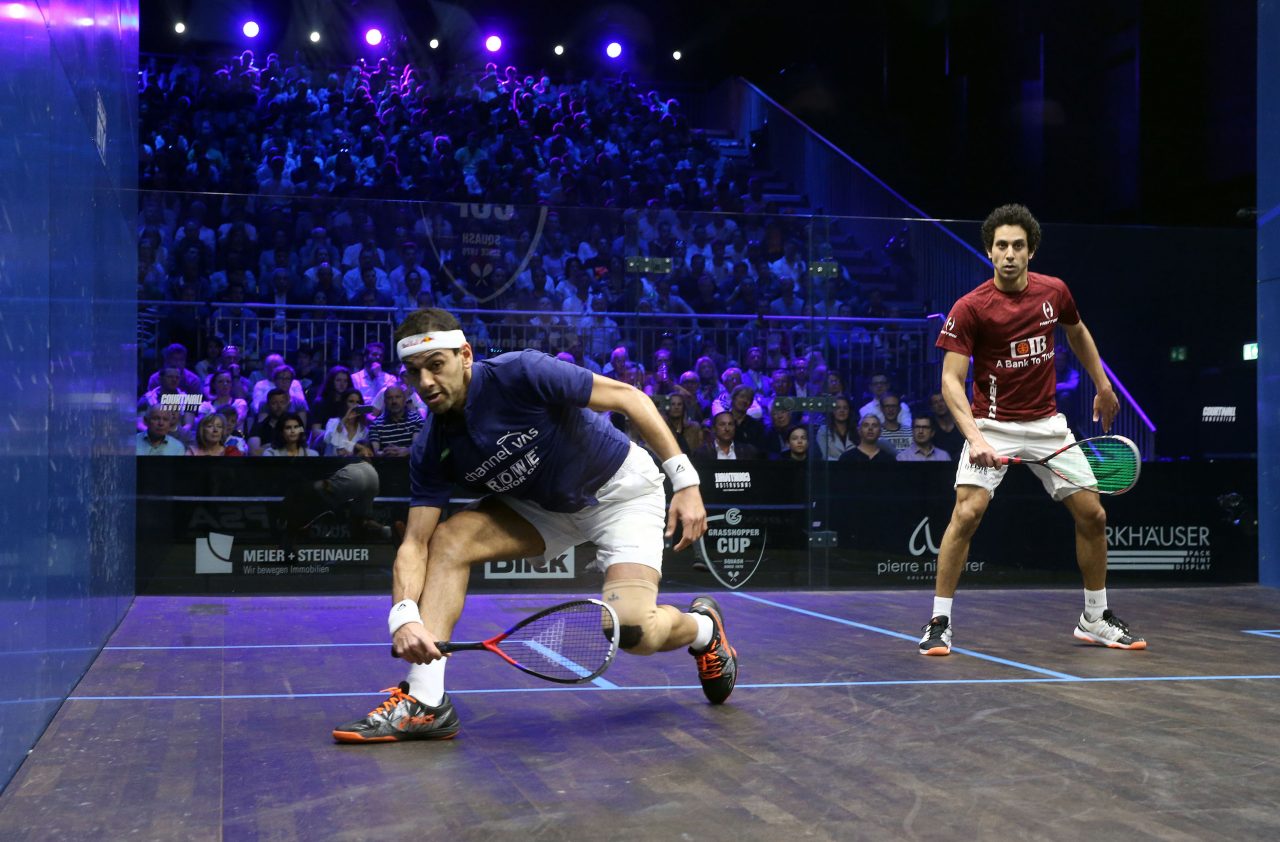 Tickets for the 2020 Grasshopper Cup are on sale now as Zurich’s Halle 622 gets set to feature a men’s and women’s PSA Tour event for the first time in the tournament’s 41-year history between March 17-22.

A men’s PSA World Tour Gold event will be held alongside a women’s PSA Bronze event, with a best-of-three games scoring format being used up to and including the quarter-finals stage, before reverting to traditional best-of-five scoring for the semi-finals and final.

Last year’s tournament saw World No.2 Mohamed ElShorbagy become the third Egyptian in four years to lift the Grasshopper Cup and the 2020 edition will see an inaugural women’s champion crowned. $165,000 worth of prize money will be on offer throughout the week, making the Grasshopper Cup the second most lucrative PSA Tour event in Europe after the Allam British Open.

Matches will take place at the glass court staged at Halle 622 and also at the Uster Squash Arena for fixtures in the early rounds.

Tickets for the Grasshopper Cup are available for purchase via the tournament website.