Alan Thatcher August 21, 2018 No Comments on Gregoire Marche excited to be in the spotlight on stage in Nantes 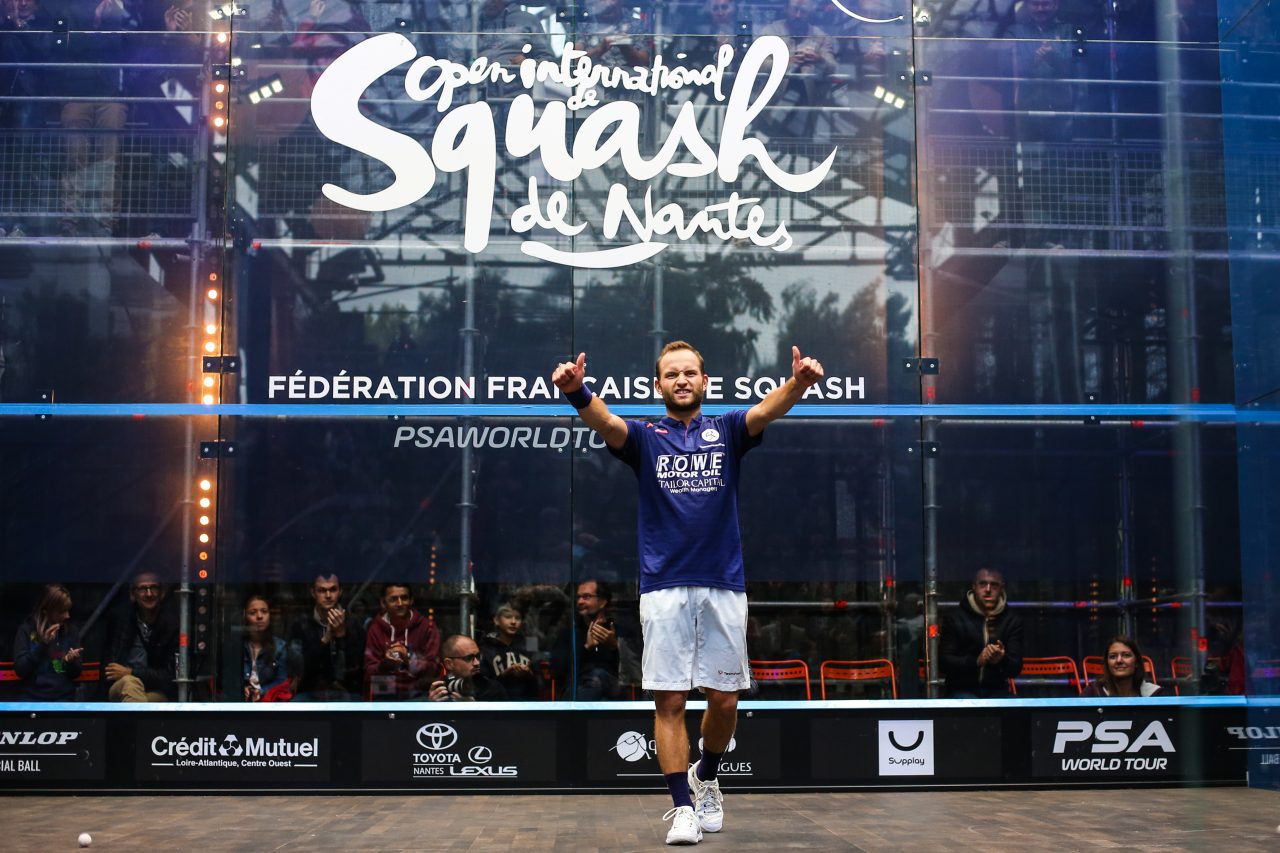 France’s Gregoire Marche is relishing the prospect of playing in front of passionate home support when he returns to defend his title at the Open International de Squash de Nantes between September 4-9.

Held at the stunning Théâtre Graslin, the Open International de Nantes will be the first PSA Challenger Tour event ever to be broadcast on SQUASHTV and Eurosport Player and Marche is aiming to win the tournament for a fourth successive time.

The Open International de Nantes is the biggest PSA Tour event to take place in France and Marche says that partizan support from the spectators is one of the key reasons behind his superb record at the tournament.

“It’s the only time I can play in front of French crowd,” said the 28-year-old.

“We had the men’s World Team Championships in Marseille but there are no other [big] PSA events in France.

“To have SQUASHTV and an event like this gives me extra motivation, people are so passionate here and for a lot of them it’s their first time watching live squash.”

One of the key goals of the Open International de Nantes is to showcase the city of Nantes and the tournament has taken place at some of the most eye-catching locations in the city, including Les machines de l’île and the Cité Internationale des Congrès.

Inside the Théâtre Graslin in Nantes

Marche has appeared at both of those venues but believes that the Théâtre Graslin could be the best yet.

“Two years ago the venue [Cité Internationale des Congrès] was one of the best. It was a small theatre and the crowd was really close to you.

“It’s impressive how they keep finding different venues. I think this year is going to be the best. It is a very good venue.

“We filmed some teasers there for the whole day. It was a long day but it was nice to see the real professional work that people do.

“I was very impressed with the venue and me and Mathieu [Castagnet] really enjoyed it.”

For many of the players appearing at the tournament, it will be their first competitive matches of the 2018-19 season and Marche is hoping that a strong summer of training will propel him to more success in Nantes.

He said: “You never know what’s going to happen in the first tournament of the season so you need to focus on the first match. I changed a few things in training, I don’t know if it’s the right thing but I will try my best.

“I’m pretty much ready physically and have been doing some good work with my fitness coach over the summer.

“I don’t care who I’m playing, I just love being here because people want you to do well.”

The Open International de Nantes features both a 24-player men’s draw and a 24-player women’s draw with the top eight seeds – Marche included – receiving a bye into the second round.

The World No.29 will get his tournament under way against either compatriot Auguste Dussourd or Canada’s David Baillargeon while the men’s draw also contains the likes of former World No.1 James Willstrop, his England team-mate Declan James and Marche’s compatriot, Mathieu Castagnet.

The Open International de Nantes will be the first tournament of the 2018-19 season to be shown on SQUASHTV (Rest of World) and Eurosport Player (Europe only), with matches at the Théâtre Graslin broadcast live.

Tickets start from €9 and can be purchased from the Open International de Squash de Nantes website.