Jerome Elhaik November 27, 2019 No Comments on Gregory Gaultier to return for France in World Team Champs 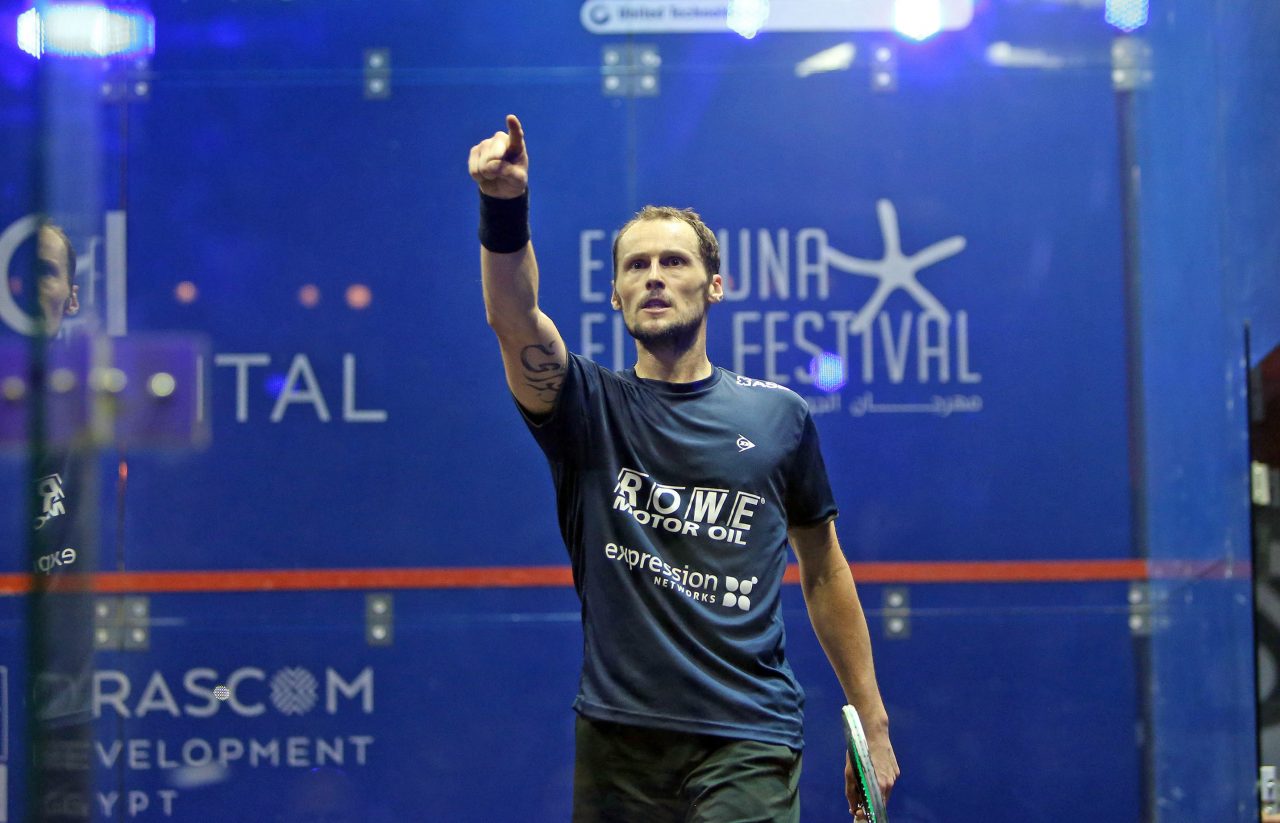 He’s back! Gregory Gaultier will play for France at the World Team Championships in America

Former World No.1 and World Champion Gregory Gaultier will make his highly-anticipated return to action after 14 months on the sidelines when he lines up in Washington D.C. between December 15-21 as part of the French team for the 2019 WSF Men’s World Team Squash Championship.

As Squash Mad exclusively revealed, Gaultier made his competitive comeback in France at the weekend, playing in a French League match in Annecy.

The 36-year-old Gaultier said: “I’m very happy to come back and play. I have lived a nightmare for more than a year with the possibility of not being able to play squash again or do any sports. It was very frustrating to know that kind of option was possible, but I did fight like crazy, worked through pain, and restrengthened the body to make it. I’m very thankful to all my team who did a wonderful job and always believed there was a solution, so I just didn’t give up.

“And here I am, back training, playing. What joy really, I’m like a kid playing something you love. I’m very proud to have done that, it was another challenge in my life but I still have to do lot of work to improve of course.

“I’m glad to start by making the World Teams with France. It will be another experience in my life, a new start and I’m happy to try to help my team-mates as much as possible.”

Gaultier, known as “The General”, is aiming to make a return to the PSA World Tour at the Tournament of Champions event at New York’s Grand Central Terminal in January.

He is one of the sport’s greatest ever players and has helped France to silver medals at the World Teams in 2003 and 2009. He has won 40 professional titles in addition to topping the PSA World Rankings on six separate occasions, with the last of those seeing him become the sport’s oldest ever World No.1.

A knee injury sustained at the U.S. Open in October 2018 has seen him slide down the World Rankings from No.7 to No.610 after a gruelling period of rehabilitation, but Epinal-born Gaultier will still be one of the star attractions when he lines up alongside fellow Frenchmen Gregoire Marche, Mathieu Castagnet and Baptiste Masotti next month.

Aix en Provence-based Marche currently sits at a career-high ranking of No.14, while Auriol’s Castagnet is a former World No.6. World No.59 Masotti completes the line up and he will look to replicate the fine form that took him to the quarter-finals of the CIB Egyptian Open, PSA Platinum event in front of the Great Pyramid of Giza last month.

Head coach Renan Lavigne, a former World No.17 who won nine professional titles, will look to guide the team to glory in D.C.

The 2019 WSF Men’s World Team Squash Championship Squash Tournament will take place from December 15-21 at the Squash on Fire club in Washington, D.C. Tickets are on sale now. Prices start from $25 for general admission, while VIP packages, which include access to the VIP Lounge or Premium courtside tables, are available starting at $50. Details from the tournament website