Alan Thatcher January 10, 2020 No Comments on Home hopes Harrity and Hanson fall on day one of the ToC in New York 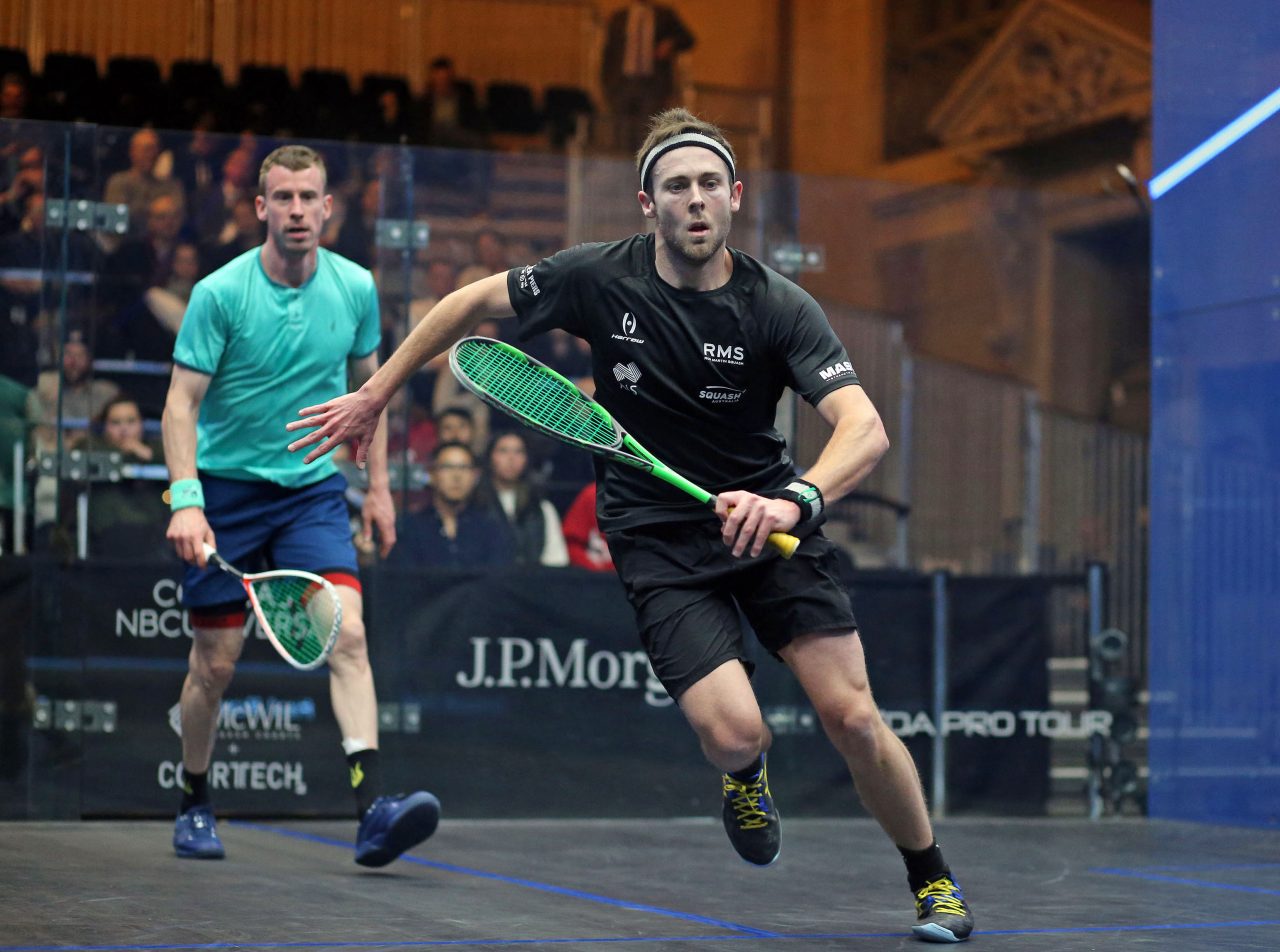 The 2020 edition of the J.P. Morgan Tournament of Champions, PSA World Tour Platinum event got under way in New York yesterday with two of the three US players in action falling to narrow 3-2 defeats under the chandeliers of Grand Central Terminal’s stunning Vanderbilt Hall.

Men’s US No.1 Todd Harrity and local man Chris Hanson were backed to the hilt by home support, but both men ultimately fell in five games to Hong Kong’s Leo Au and Mexico’s Cesar Salazar, respectively, to narrowly miss out on a spot in round two of the first PSA World Tour event of 2020.

Harrity, the current World No.59, twice clawed back a one-game deficit against World No.22 Au, but fell to an 11-8 defeat in the deciding fifth game to send him out of the event at the first hurdle, with Au booking a last 32 spot against England’s Tom Richards.

“Todd is obviously a top player,” said Au after his 200th PSA World Tour victory. “He always hangs in there and never gives up. He gave me a lot of pressure and I’m glad that I could get through it in the end.” 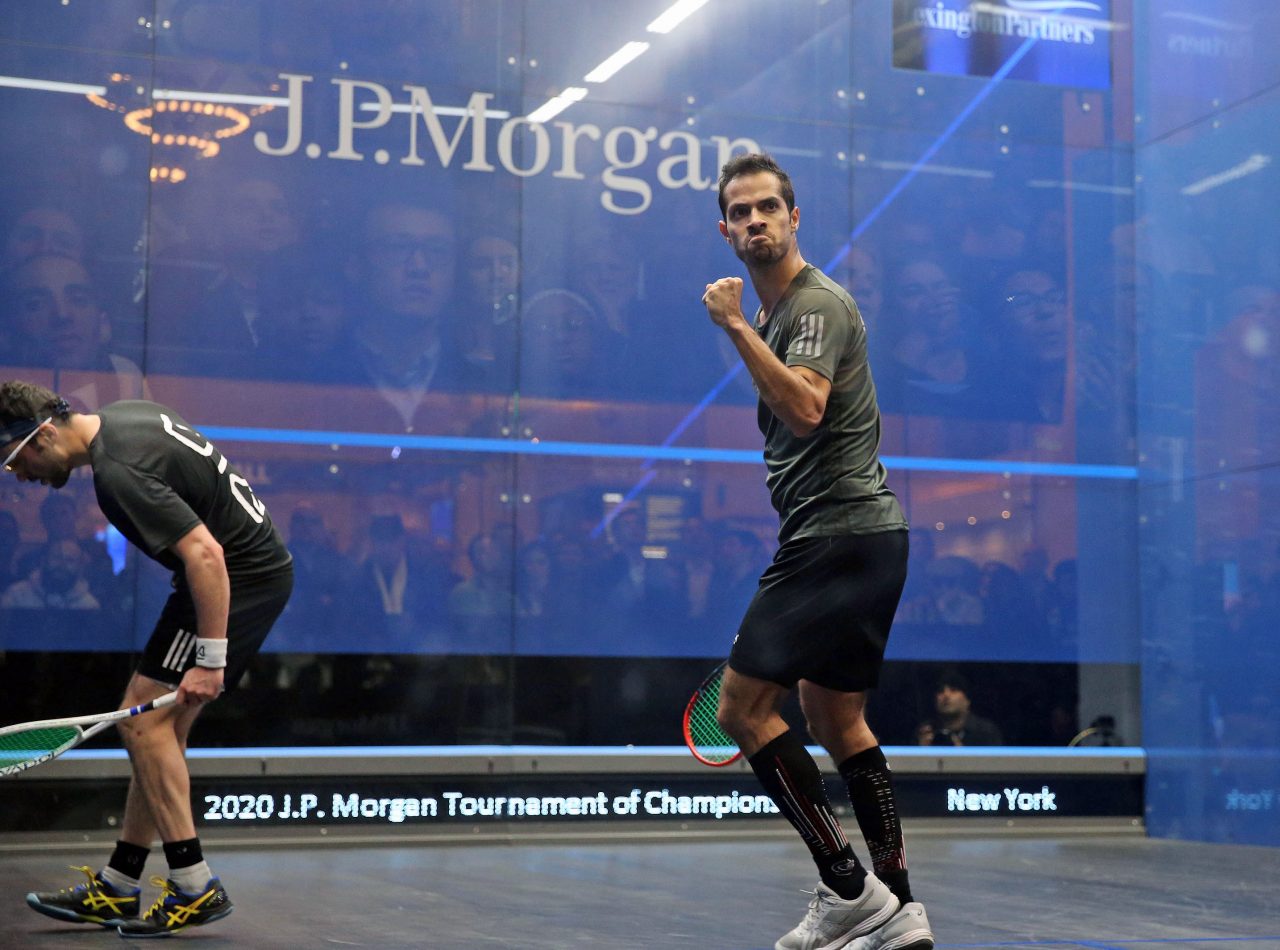 Meanwhile, New York’s Hanson put himself on the verge of a surprise victory against World No.23 Salazar, leading 2-1 after some well-constructed rallies and consistent line hitting saw the World No.67 impress in front of his home fans.

But 32-year-old Salazar held firm to take a crucial fourth game, before dropping just a handful of points in the fifth to seal his last 32 berth, where he will play India’s Saurav Ghosal.

“It’s always hard when you play against a local player,” said Salazar afterwards. “Chris has improved a lot in the last few months and years. I tried to start very focused on my game and my strategy. I know a lot of the crowd was with him, but I tried to be very focused, but he won the first game and that was important for the confidence, but after that I tried to come back and I started to play better with my movement and shots.”

The other American in action was another New Yorker – World No.91 Christopher Gordon – who went down to Australia’s Ryan Cuskelly by an 11-7, 11-8, 11-4 margin. 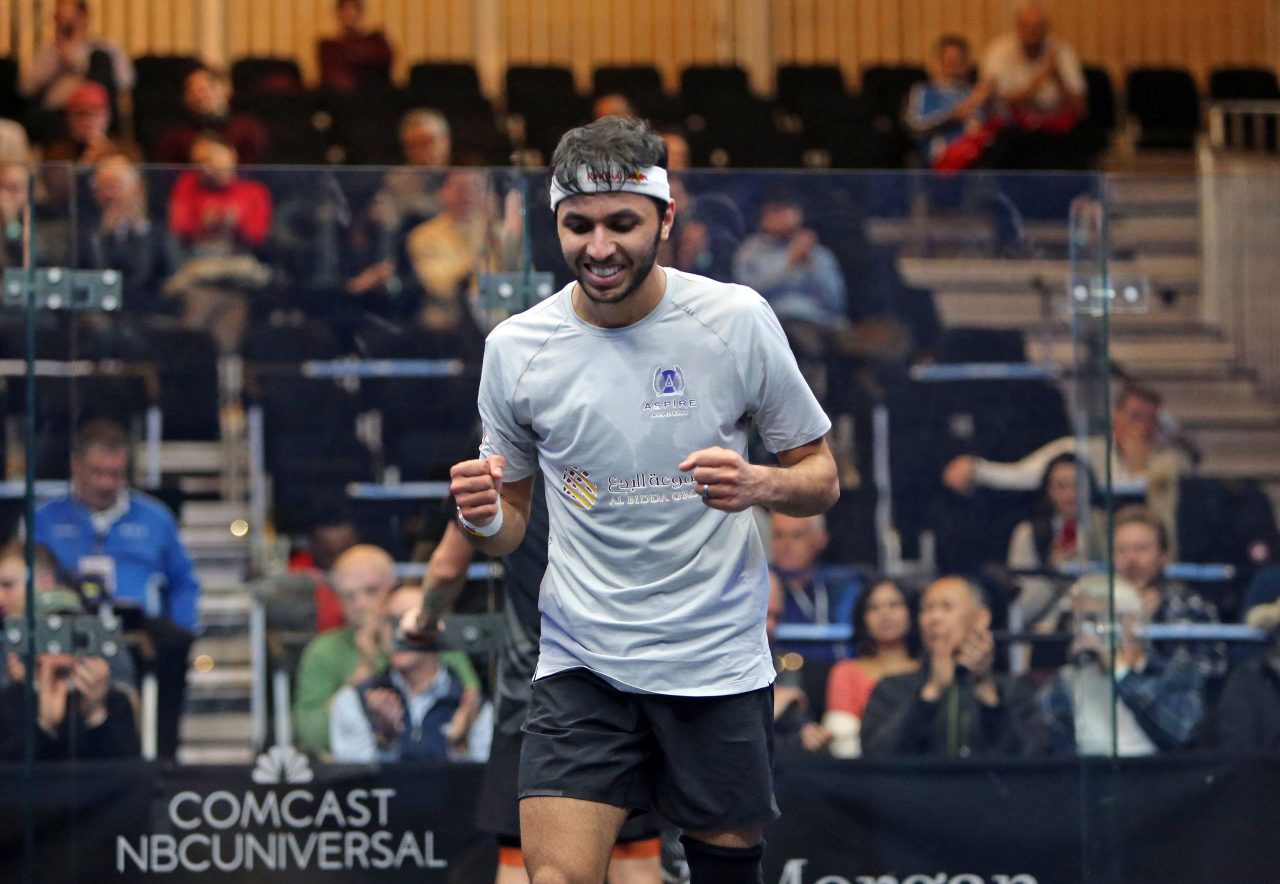 One of the day’s standout matches featured Qatar’s Abdulla Mohd Al Tamimi against France’s Lucas Serme, with the former coming back from two games behind to claim his first ever win at the historic tournament.

“I really started slow and I wasn’t playing with a high pace,” said Al Tamimi. “Rodney [Martin] was on my side today and kept pushing me to play my style of game which is fast and try to volley a bit more. Put pressure on the back of the court, I play that up and down and I’m really glad that I finished that fourth game and I knew that if I could keep that pace in the fifth then it would be good for me.”

There were also wins for Egyptian teenager Mostafa Asal, Mathieu Castagnet, Campbell Grayson and Youssef Soliman at Grand Central, while at the Harvard Club of New York, French World No.42 Baptiste Masotti upset England’s Adrian Waller, the World No.19, winning 11-13, 11-7, 11-8, 11-4 to set up a second round fixture with Soliman.

Round two of the men’s tournament begins today (Friday). Former World No.1 Gregory Gaultier will make his highly-anticipated return to PSA action after 15 months out due to a knee injury (against giant Egyptian Omar Mosaad), while the women’s event gets under way with five US players in action.

Action begins at 12:00 (GMT-5) and play from Grand Central Terminal will be broadcast on SQUASHTV (rest of world), Eurosport Player (Europe only) and the official Facebook page of the PSA World Tour.

GENERAL IS BACK IN TOWN: If you see a Frenchman dancing all the way down 42nd Street, that will be Gregory Gaultier on his way to Grand Central to play Omar Mosaad in his big PSA comeback match tonight.