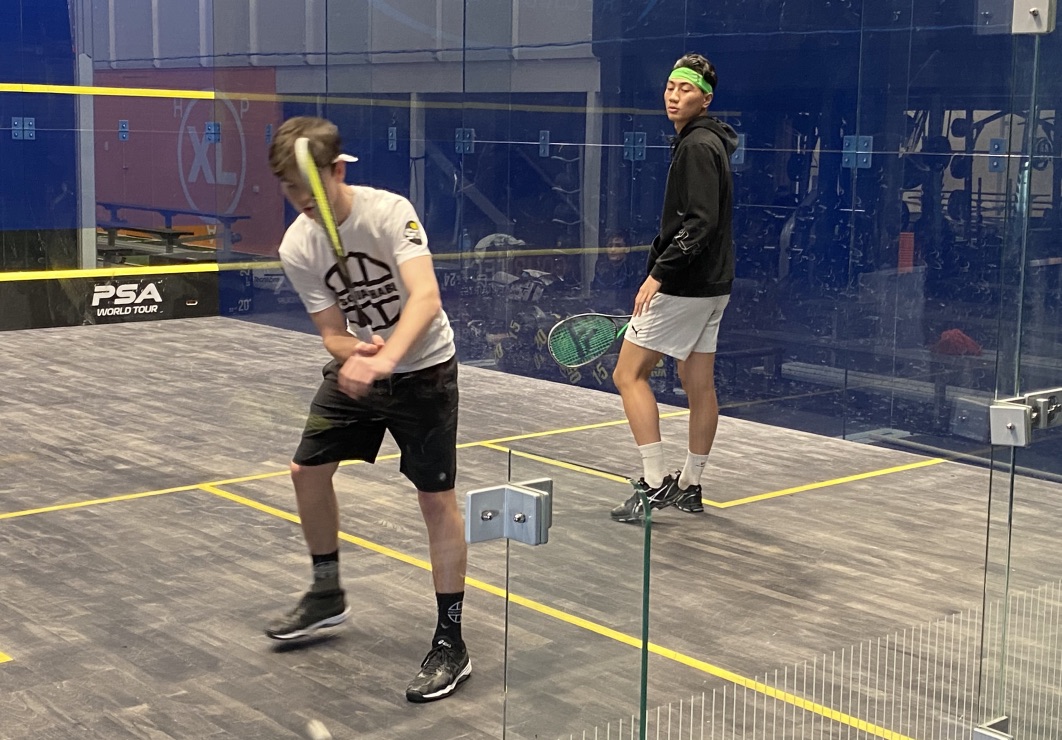 The new squash Premier League finalists have been confirmed as the two players who call the venue their home won their way into the title match. 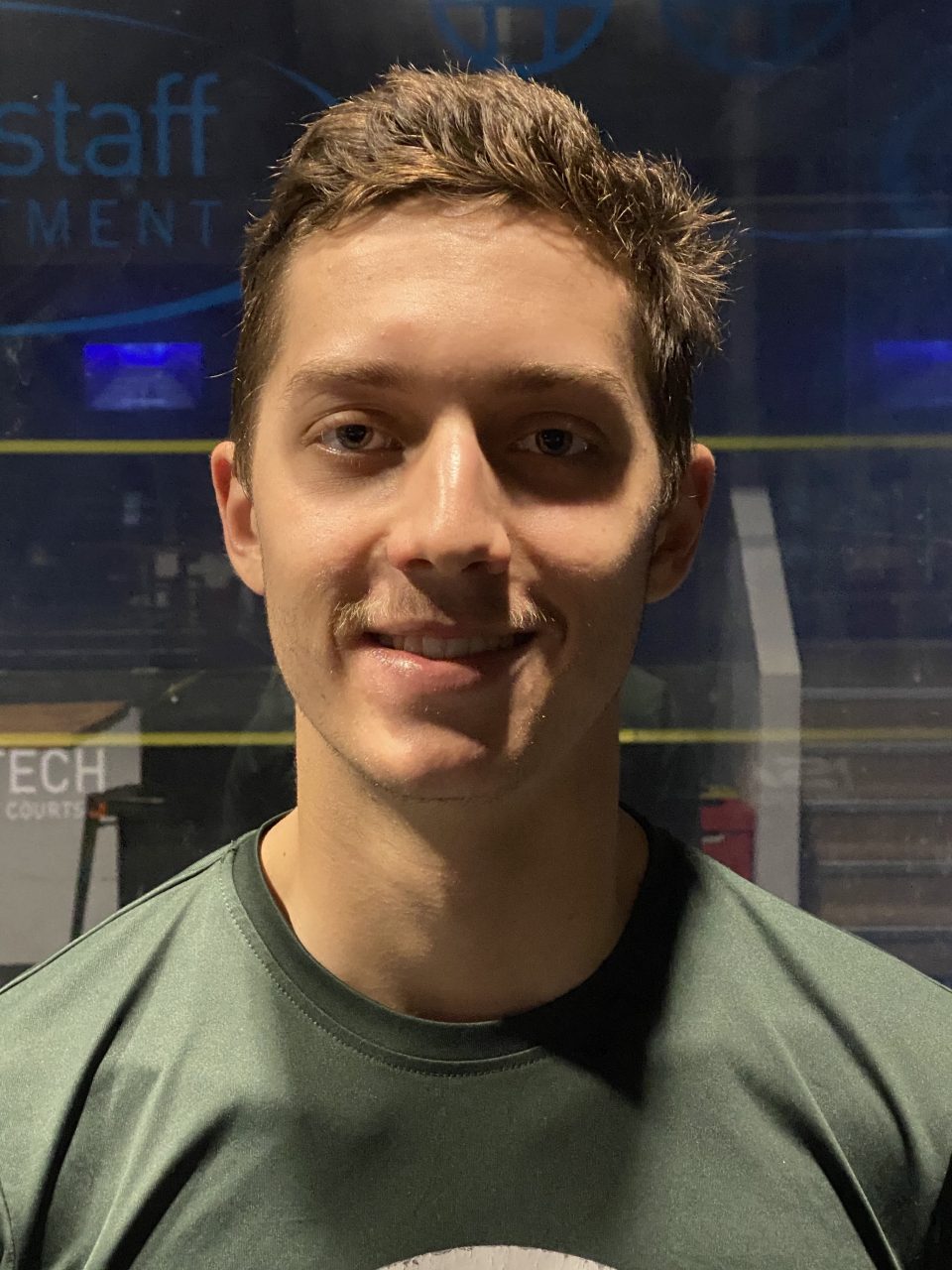 Nineteen year-olds Joel Arscott and Temwa Chileshe had to work hard to win their respective semi-finals but they know the glass court so well at the SquashXL club as they have lived on site at the venue during the lockdown and admit they are a little sick of practising and playing each other.

The final will almost be just another day for the pair.

“You could say we know each other’s games very well. We’re flatmates, room-mates, squash mates, train together and both love the game,” says Arscott (top picture), who has a PSA world ranking of 235. “I’m pretty stoked to be in the final after all of the time off.”

In his semi-final, Arscott accounted for 17-year-old Elijah Thomas (ranked 257) in a four-game battle which had both players stretched and retrieving well. Both players were able to change the tempo of rallies which provide an entertaining match. Thomas won the first game 11-9, while the second went the way of Arscott 11-5.

The third game was anyone’s to win as each player kept errors to a minimum. Eventually Arscott prevailed, but only after some quality rallies. In the fourth game Arscott became ruthless with his play, winning 11-2. 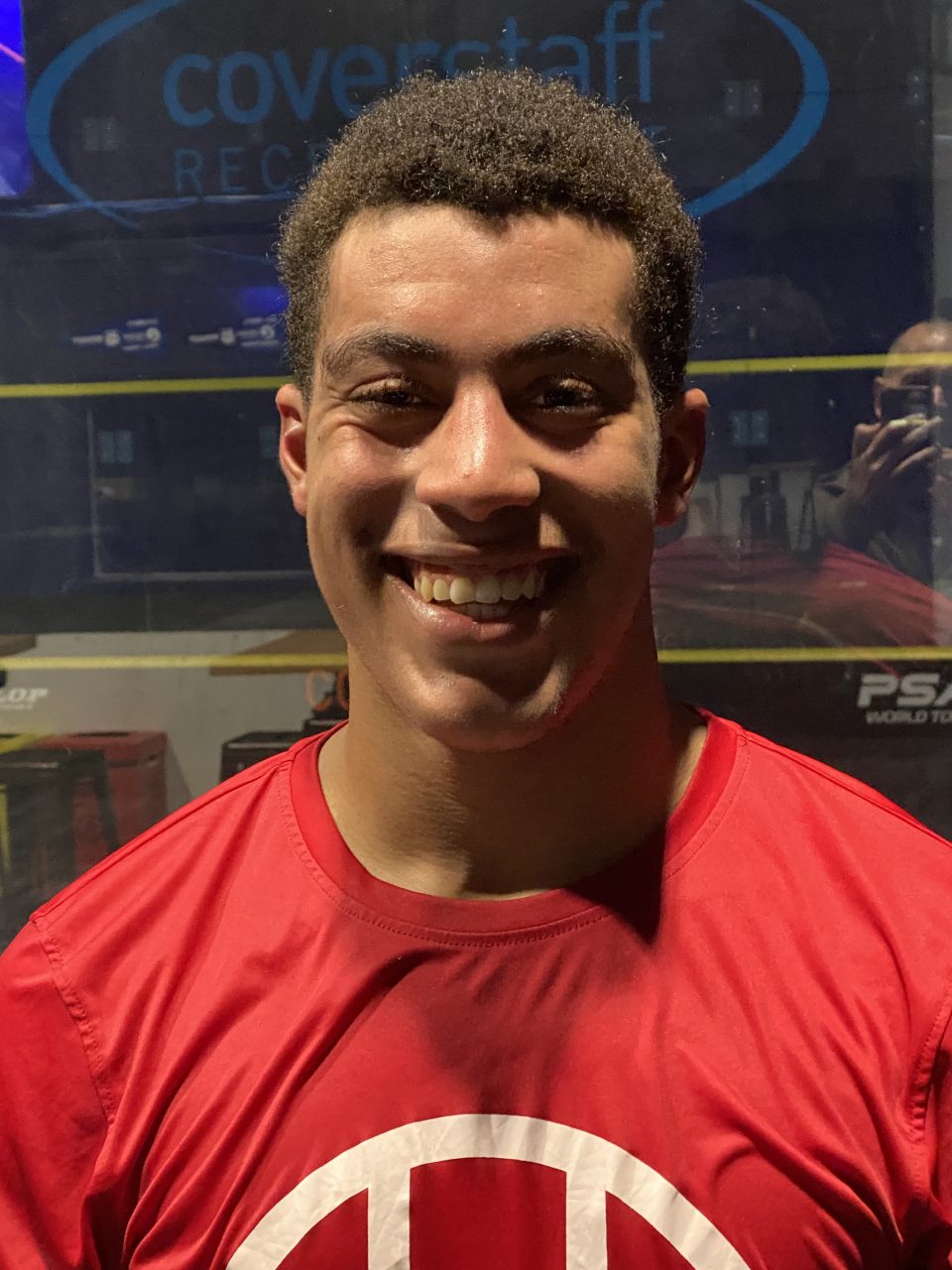 The second semi was messy with neither player able to find their flow into the match. Lepper ranked 256 gained an early two-game advantage before a stroke at 9-10 gave Chileshe the third game and the hope of staging a distant victory.

Once he was back into the match Chileshe (pictured below) gained confidence and proceeded to cut down his mistakes while the focus of Lepper appeared on the wane.

In the early plate matches the oldest player in the tournament, 21-year-old Michael Shelton-Agar, defeated Glenn Templeton in four games 11-9, 10-11, 11-7 11-7 in 29 minutes with the younger player struggling to get into his groove for much of the match.

Leo Fatialofa then accounted for fellow 17-year-old Jack Conder in straight games 11-5, 11-8, 11-8 with efficiency, although Conder again showed plenty of raw energy which could hold him well in the future.

The Unsquashable Premier League consists of four three-day tournaments which will give New Zealand’s best young domestic players match practice after nearly eight weeks without play during the coronavirus lockdown.

The Premier League follows New Zealand government health regulations which allow for squash, but limited numbers and no crowds.