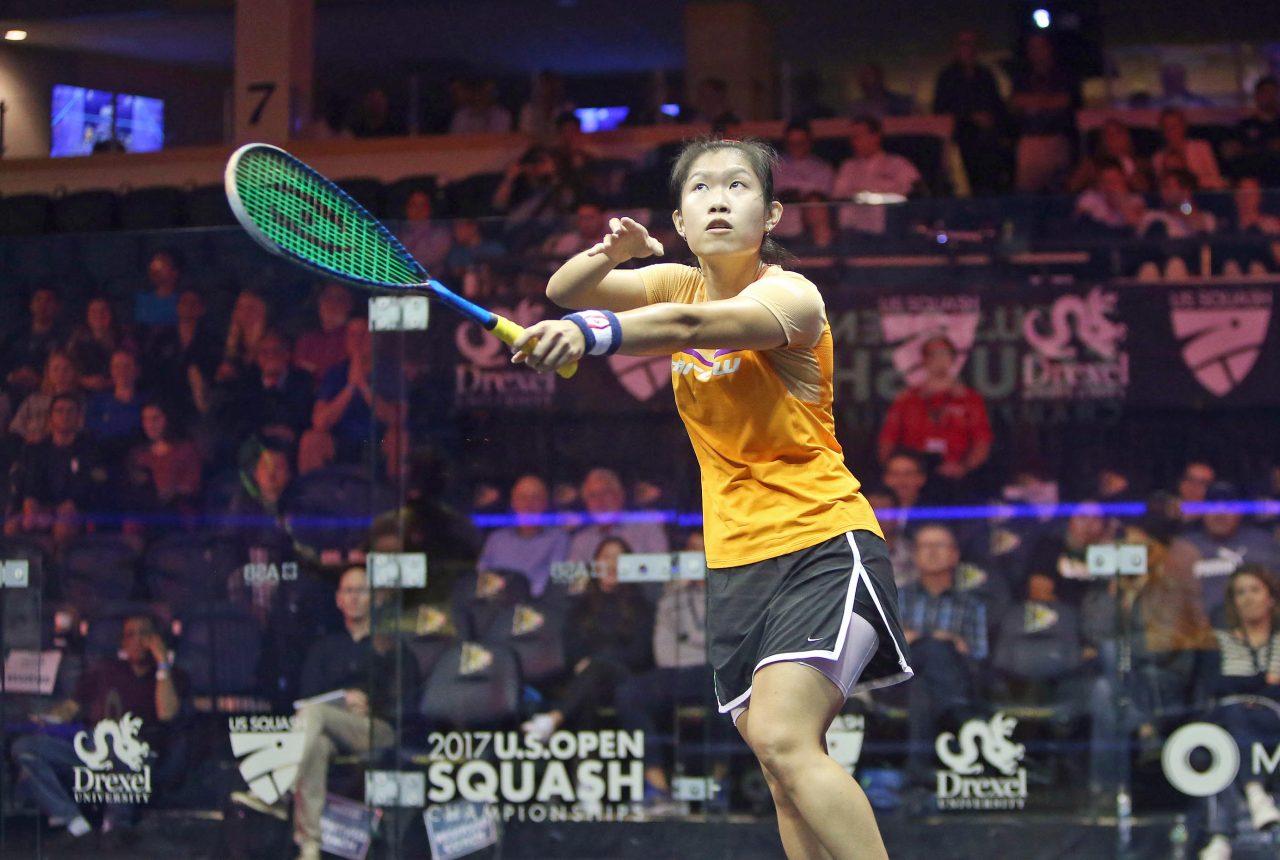 Hong Kong’s Annie Au recorded the biggest win of her career to defeat eight-time World Champion Nicol David for the first time ever and secure an unexpected berth in the quarter-finals of the 2017 U.S. Open Presented by Macquarie Investment Management.

In 17 PSA World Tour matches spanning almost a decade the Hong Kong player had only ever taken three games from David in total, the last of which came in 2012.

But, under the lights inside Philadelphia’s Drexel University, the World No.9 put on a short-game master class against 33-year-old David to claim an unexpected place in the last eight, where she will take on England’s former World No.1 Laura Massaro.

Utilising her patented lob-drop style Au managed to disturb David and take the Malaysian out of her comfort zone early on. While David, who looked far from her best on court, managed to mount a resurgence in the third and fourth to keep the match alive it was Au who looked the more relaxed and confident player in the decisive fifth as she maintained her composure to complete a 11-5, 11-5, 10-12, 8-11, 11-7 upset.

“I feel really, really happy right now,” said Au. “To beat Nicol – in my first ever win on the glass court at this event – is a massive result and makes all the hard work over the summer feel worth it.

“At 2-0 love I started to think about the win and I began to rush and make some mistakes which gave her confidence. She can come back from any scoreline so I had to get back to my game plan and play patient squash in the fifth.

“I had to come out in the fifth and imagine it was the start of the match again. I forgot about the score and just tried to play each point.

“I had already booked my travel for tomorrow so I will have to change my flights! But I have a day off tomorrow to enjoy this win and prepare for the next match now.”

Au will face Massaro after the Englishwoman beat compatriot Emily Whitlock 3-0, with Egyptians Nour El Sherbini and Nour El Tayeb also due to meet after coming through their second round encounters with Victoria Lust and Salma Hana Ibrahim, respectively. 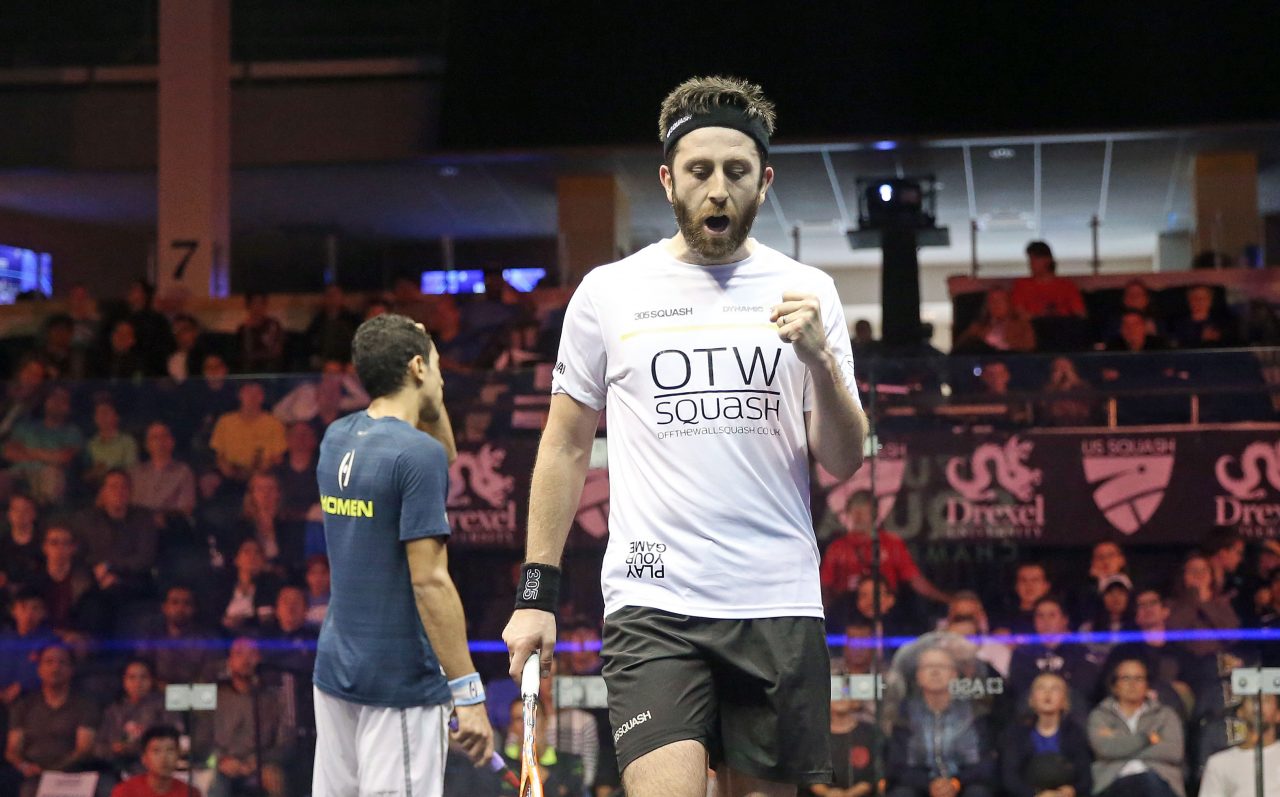 In the Men’s draw there was double delight for English squash fans as Nick Matthew – the 37-year-old two-time U.S. Open winner – was joined by compatriot Daryl Selby, with the pair set to clash for a place in the semi-finals following Selby’s mammoth 3-2 win over Tarek Momen.

Selby was at times sublime as he twice recovered from squandering game leads to come through a topsy-turvy 102 minute battle and reach the last eight of a PSA World Series event for just the second time in two years.

“I felt like I was in control for long periods but then I was also under the cosh for periods as well – he’s so fast and dangerous around the court.

“I’m proud of how I dug in and showed some fight and determination especially in the fifth. I think I kept my focus a little longer than him throughout that game – but the difference was just a few mistakes in the end. 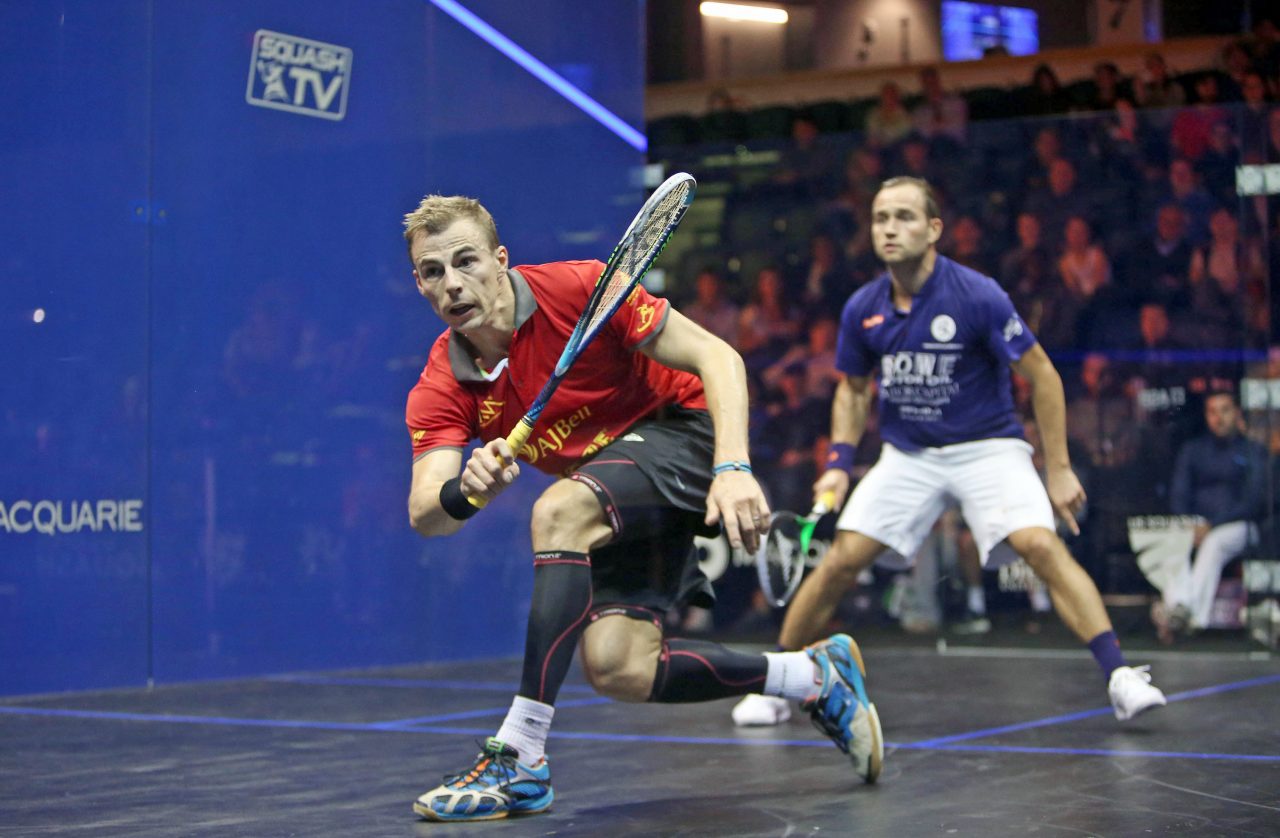 Matthew meanwhile was in total control as he dispatched Frenchman Gregoire Marche in straight games.

“I will enjoy this win for ten minutes but then it’s back to focusing,” said Matthew following the game.

“It was a great win for Daryl, he is at his best in those five-game matches. We have had some good battles in the past and he is at his most dangerous when you count him out so I won’t be underestimating him.”

Defending champion Mohamed ElShorbagy and German Simon Rösner were the other winners on day three of competition.