How technology will shape the future of squash

Guest Contributor January 26, 2014 No Comments on How technology will shape the future of squash

In this tongue-in-cheek article, Coach Phillip Marlowe looks into his crystal ball and tries to guess how technology will change squash over the next few years or decades.

We can’t escape the feeling that technology is stalking our every move. Our daily lives have been changed beyond recognition with gadgets and computers. 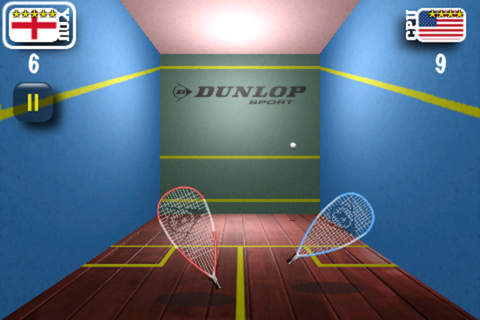 Sports haven’t been immune to this phenomenon but it’s more subtle than in other areas. We all know that originally squash rackets were wooden, whereas now we play with equipment made from materials suitable for space exploration!

Of course, not all technology is useful, for example did you know that you can buy at least two ball warmers (Jebounce and Karakal’s Hot Ball)?

I’ve never tried one but I am very sceptical if they are useful. Playing with a warm ball when you are still cold might be worse than a cold ball when you are warm – I digress. Also, it looks like they have nicked the Squash Mad chief’s Twitter name.

Back to the future…

Well, lets start with the present and mention Babolat’s Play racket and app. This nifty little idea tracks your hitting with a variety of stats.

To be honest, I’m not sure how much that will improve your game but having bragging rights in the bar afterwards might be fun.

What would be useful would be a graphic on the app showing where on the strings the ball made contact, although better players normally know.

It can’t be long until a squash version is available.

Another thing would be for the racket to tell you when to replace the strings, I have generally found that players don’t do that often enough, but the cost is obviously a consideration.

Next, could be a racket that allows you to change the balance easily so you can find the perfect racket for you. Actually, I believe that balance is almost more important than weight – but that’s another article!

3D printing could eventually mean we have a file with our racket specs that have been adjusted over the years and we simply print it at home or take it to a specialist and get it made – custom paint job too. How about having your face on the shaft to stop somebody stealing it?

Lastly and most crazily is a vending-style machine that you drop your racket into and the grip and/or the strings are replaced for you immediately. The grip-o-matic?

I’m not a court specialist and the materials will get cheaper and lighter but who wouldn’t love the idea of a fully-sized inflatable court for use in the park or garden?

I know they exist in smaller versions, but I’m dreaming about the day when they are full sized and suitable for serious play.

I would also like to see courts that monitor ball speed, direction, distance etc. A little like the Babolat racket but for the ball and players.

It would consist of cameras around the court that would record everything and an application that would analyse the data. Knowing how hard you hit the ball, how far you moved etc might not prove useful at first but depending on the imagination of the app coders there could be some useful features.

I’ve always said that if I owned a squash club I would embed a number of Go Pro cameras around the court and this can’t be too far away.

I’ve saved the best until last. A modified version of Google Glass could provide squash players with protection and data. At some point your squash goggles will provide you with more data than you can imagine.

For example, it can show you which areas of the court you are making the most mistake or which area your opponent is hitting winners from. 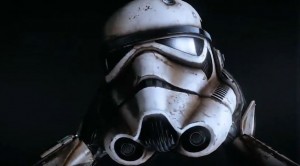 It may even suggest shots based on previous encounters. Could the frames contain a basic camera that looks behind you and projects the estimated position of your opponent for you.

It would be like having your coach in your head.

Now I am not suggesting that real-time information should be allowed in matches, I consider myself a purist in this regard.

In fact, I don’t like coaches talking to players in between matches. I would prefer if no contact was made during a match – like tennis. Let the players solve the problems. Again, I digress

Well, my crystal ball has become murky and it’s time for you to tell me and the other readers what you imagine the technological future of squash to be.