‘I love squash so much but I can do without this casual, ingrained sexism,’ says coach Nicky Horn 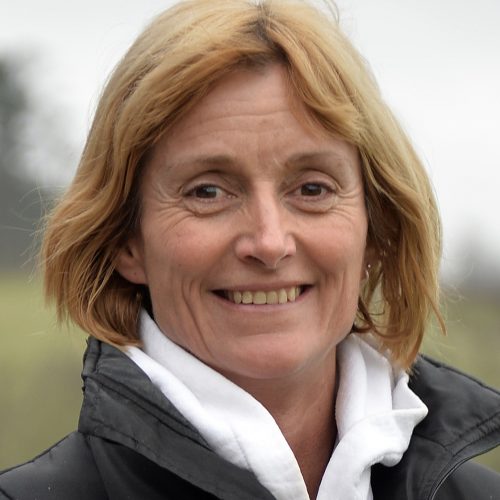 Nicky Hornhttp://www.squashmad.com
Jonah Barrington gave me my first racket at 11 and I haven’t stopped since. Mother, Coach, Player. Represented Yorkshire and England Masters. Work as Development Officer for Yorkshire Squash and Racketball Association.

Andre Agassi once said: “I hate tennis.” Maybe he should have tried squash instead. Because I love the game.

Tennis was a means to an end for Agassi, who wrote in his autobiography: “I play tennis for a living even though I hate tennis, hate it with a dark and secret passion and always have.”

For me, squash is the end in itself. It’s simply brilliant.

I love holding a squash racket, hitting the ball in the middle of the head, driving the ball to the back of the court, holding the tee, nicking the ball, serving so it drops in, plus all the other bits and pieces that make up a match, and then coming off court after an energetic 40 minutes and heading for a shower and the bar.

During lockdown I spoke to squash legend James Willstrop and we shared our passion and love of this brilliant game (although I don’t share his talent). However, I do think I can hit any ball bar a nick if I was only fit enough!

Playing since the age of 11, I had little coaching and just got down to the local club and hit the ball with anyone on court.

My parents, despite playing themselves, did not push me to be the best and maybe that’s why I am still playing?

Then I moved away and had to join a new club where no one knew me. I was told I couldn’t play any men until I had beaten the best female in the club, so I did.

I hadn’t played a woman for years, so it was rather strange. Then I was told I could play for the men’s fourth team – at an away match. The opposition were not happy about being beaten by this newcomer who clearly ought not to be in that team.

It wasn’t until about 20 years ago that someone said to me that I was a role model. Role model? Why? I just play squash. But I am a woman and suddenly I was aware that not many women play squash. It’s a man’s game.

More recently I have become very aware of this. When I play a new team and the opponent says: “It’s years since I played a woman,” how do I answer? “Me too.” Or: “Oh, I played a man like you yesterday.”

I feel the tension – “don’t lose to the woman.” But on court it’s me versus the opponent – whatever gender or age. We chose to come onto court together so let’s get on with it.

I became a coach because I wanted to share the love and fun I have had from the game. At my Level 3 course I didn’t understand the terms used.

After 40 years of playing, what is “stretching the court” supposed to mean?

Everyone else knew – mainly because they had had coaching and they were half my age!

And my focus for coaching is all about fun, and sheer love of the game. I want so many people to experience this game. For those who want more I get them to go to other coaches, to events, to play matches and mini leagues.

But the female stigma continues – mainly in my male peers. They are now middle aged, they are the club committee, the captains and they are seemingly unable to realise their sexism.

They tell me, a female, they are not sexist – but they don’t listen to what I say about the differences in female needs.

I ask myself, “Am I racist?” As a white person I don’t know, I need to listen to those who are not white like me and ensure I treat them as equal, understand them for who they are.

Maybe it’s my personality, maybe its my gender, but the club I was a member at, paid me less than the males for coaching the same people, asked me to sign documents the males had not signed, and had different rules that applied to my coaching.

So I left as a coach, and member, and joined the other local club. I play as a guest with the players who I have great games with.

Because for me squash is the game – it’s hitting the ball, it’s feeling that racket, it’s being on the tee, it’s placing the ball at the front, it’s a game of chess and I love it.

So if anyone is in North Yorkshire and they want a game – contact me because I love squash.