ICYMI: In case you missed it, squash is back – even in Inverness 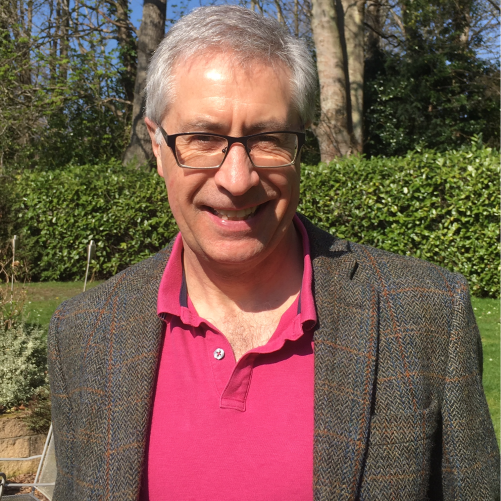 Lockdown in Scotland: “But how can we keep calm and carry on?”

The Springfield Homes Scottish Open: as if proof were needed that squash is properly back, and is a great sport that can flourish anywhere, Inverness Squash and Tennis Club was home this week to a feast of epicurean indulgence. Busy courts, ample catering and hospitality fit for Joelle King.

Challenger events are liminal: they exist in a twilight world where surprises and shocks can occur anytime, especially when rankings and seedings have been so prey to the vagaries of lockdown.

This one was fascinating from the first drizzly dawn, where a small provincial club found itself host to a very international and multilingual collection of itinerant squash players shuffling bemused past mask-wearing tourists, a confused traffic system, and the romantic castle.

But the Scottish men were all out by the end of Wednesday in what soon proved a high-quality field peopled by a good number of world top 100 contenders.

Local boy Prott’s win over strong Englishman Connor Sheen was cheered to the rafters by the enthusiastic crowd, fortified by the endless refreshment in the lounge.

Sébastian Bonmalais, of Réunion, France, quietly efficient and able to work at sustained pace and accuracy, gliding around the court, proved a worthy No. 1 seed in the men’s competition.

He never faltered all week, producing a consistency of level and focus to defeat Sergio Gaca Pollan, Viktor Byrtus and the combative Nick Wall to reach Sunday’s final; the latter two opponents succumbing in four games to Bonmalais’ variety and sure-footedness.

In the final he met Wales’ Emyr Evans, conqueror of Elliott Morris Devred, Jakub Solnicky and Curtis Malik. Emyr had defeated Sébastian the last time they met, but the French world No.58 was able to switch astutely between rallying down the side walls and some devastating boasts and cross-courts.

Emyr tried lobbing, he tried matching his opponent’s furious pace, and, in a strong performance which must bode well for Welsh squash, he produced an astonishingly deft drop shot in quite a central position to threaten Sébastian in the second game. But whatever Emyr tried, ultimately, the best shots and tactics came from the Frenchman, whose charm and sang-froid won him many admirers.

In the women’s competition, bursting with every level of experience, the Scots again went down fighting, only Georgia Adderley and Alison Thomson progressing far. Among several impressive English and French players, the 180 cms. of Torrie Malik, 17, here along with her talented brothers, made a firm imprint on both opponents rash enough to block her on court, and spectators, who could easily see a star of the future.

Torrie signalled clearly that she is a fierce competitor and sure striker of a squash ball in good wins over Rachael Chadwick and Alicia Mead. Grace Gear, who has had a good 2021, defeated Torrie 3-1 at the semi-final stage, and had to use all her game-savviness and athleticism to come through.

But there she encountered Georgina Kennedy, who has been literally and metaphorically taking giant strides since her return from Harvard studies. Kennedy swept to a convincing title, taking out Kace Bartley, Alison Thomson, Georgia Adderley and finally Grace Gear in a breathless and mesmerising run.

Her balance, agility and sheer intensity of focus meant that opponents simply ran out of ideas, and the 24-year-old, who has risen from world No.167 in February to No.58 in September, showed just why she is tipped to rise even more meteorically before long.

The 20-year-old Georgia, who performed very well in a win over the admittedly below-par Julianne Courtice, battled with conviction and resilience in the semi-final, and came close to taking a game, but lacked the sustained accuracy to threaten Georgina.

And once through to Sunday’s final, Georgina romped home in just 20 minutes, the match a blitz of pace, physicality and ruthlessness, aggressive backhand kills combining with sudden, wrong-footing cross-courts and incredible anticipation. “The best Challenger event I’ve played since tournaments started back up,” she said, smilingly raising the trophy aloft in the balmy Highland afternoon.

The week has been a very positive one for both the Inverness club and Scottish Squash as a whole, with an excellent streaming service provided by BBC Scotland and iPlayer a major bonus.

The PSA Challenger Tour needs events like this, where unfashionable venues play host to well-run and high-quality sport. This Inverness incarnation of the Scottish Open owes much to sponsors Springfield Homes, LNER, and Grahams Dairy, as well as Highlife Highland and the Inverness Common Good Fund.

But it is the Inverness Club, welcoming all-comers for the week, which impressed most, nestling warmly by the busy-again Eden Court Theatre and the mighty eddies of the famous River Ness.

Local heroes jostled with seasoned pros, the up-and-coming hurled everything they could at the seeds, and much quality entertainment was produced before our very blinking, delighted, eyes.