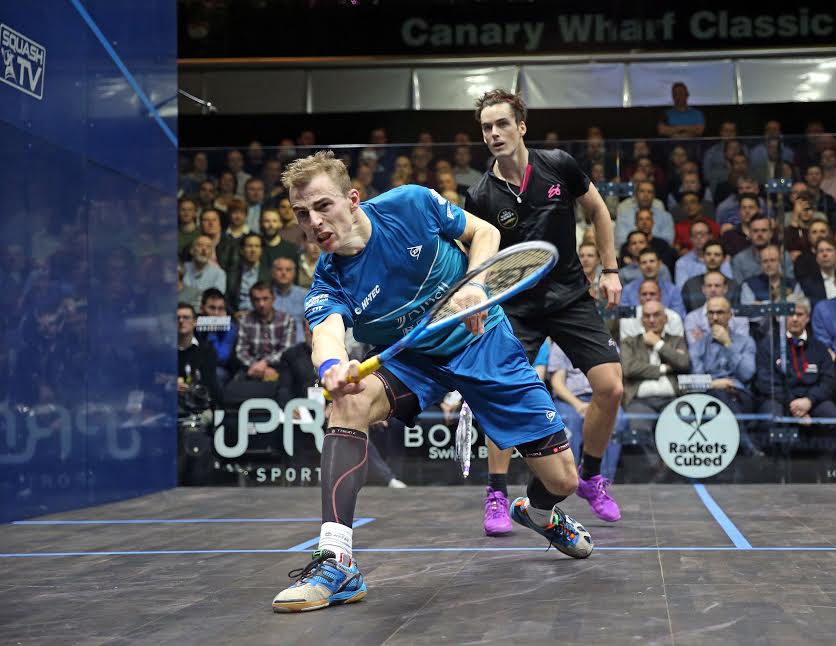 Thoughts of gold and golf, with the British Open in between and a brave new world lying ahead

Nick Matthew flew out with the England squad today to compete in his final Commonwealth Games, with his heart set on a third singles gold medal after triumphing in Glasgow and Delhi.

I was delighted to catch up with Matthew as he was fine-tuning his preparations for the trip to Gold Coast. Not only was he looking forward to swapping the recent snowstorms of Yorkshire for the sunshine of Australia, but he happily chatted about the forthcoming British Open and his plans for the future.

With three British titles and the same number of World Championship wins on his CV, he is approaching one final swansong at the British Open in Hull, and is looking forward to playing winning squash at least until he is 40 to win a friendly bet with a much younger rival.

First of all, though, the Commonwealth Games is consuming his life. Team England’s flag-bearer in Glasgow in 2014, he will be aiming to live up to his No.1 seeding by returning with another gold medal.

At 37, Matthew knows it will be tougher than ever to rise above a group of rivals led by New Zealand’s Paul Coll, but the man known to SquashTV viewers as “The Wolf” will be hungry for one last title wearing the red and white of England. 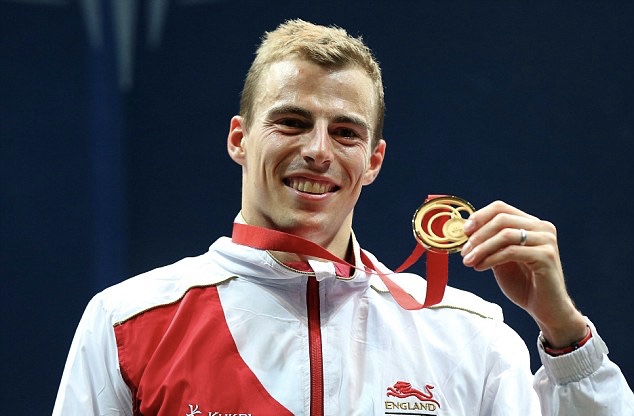 In a 54-man draw (the top eight seeds have a bye in the first round) there are plenty of opportunities to slip up before the heavy guns appear on the horizon.

If all goes according to seeding, Matthew is likely to face India’s exciting Vikram Malhotra and Australia’s Ryan Cuskelly, if the home hero can get past Malaysia’s highly talented but unpredictable Nafiizwan Adnan.

There will be plenty of drama throughout the draw, and if Matthew negotiates those hurdles he can look forward to a massive semi-final against his lifelong rival, fellow Yorkshireman James Willstrop, or Australia’s Cameron Pilley. Willstrop is seeded four and Pilley seven, but the hard-hitting Aussie will be pumped up for the performance of his life in front of his home crowd.

With No.2 seed Coll taking seven weeks off to prepare for the Games, you can rest assured that the superfit New Zealander will be aiming to peak at the right time.

Negotiating the early rounds is one matter; having plenty of energy left in the tank for the sharp end of the tournament is another.

That’s why Matthew was leaving nothing to chance in his build-up to the Games.

For Matthew, a niggling hamstring injury meant that he reluctantly had to withdraw from the recent Canary Wharf tournament as London fans missed out on the chance to bid an emotional farewell to the six-time winner at the East Wintergarden.

He said: “Canary Wharf was a tough watch. I watched a lot of the tournament but I would much rather have been there playing.

“The best-of-three trial worked well for that event. People who have complained are missing the point. They don’t need to think that it will take over for every event.

“It obviously worked so well because there were no late night finishes or issues with people having to come from work and missing the start of matches.

“Everyone who pays for a ticket wants to be entertained and looking at the presentation of a different form of professional squash is just like cricket, which has Test matches and T20.

“Maybe the PSL could use this format and we could see more matches like the recent international played at St George’s Hill, with all four matches on the one court.”

Referring to his preparations for the Commonwealth Games, Matthew revealed: “The hamstring is OK. I have been in full training for the past two weeks and have played PSL for Nottingham.

“All through my career I have been very lucky to have Mark Campbell mapping out my training programme for me. And hopefully everything will go well for the Games.

“It’s a big event and one thing you learn is that you don’t want to do anything that is drastically different from the past.

“I missed Canary Wharf but that gave me extra time to freshen up and come back well rested.

“We are the last team to fly out (on Friday 30th) and that means there will be no holding camp for us.”

When we spoke, the nation was under a layer of snow and Matthew added: “I’ve been busy dealing with the snow up north so I’m not sure about the weather in Gold Coast or what clothes to pack!

“These last few days are about prep work and fine-tuning. It’s important that you don’t do those things too early. You have to get it right.”

After the Commonwealth Games, Matthew will be looking ahead to the British Open in Hull from May 15-20.

He will be bidding farewell to the PSA World Tour as thousands of fans will be cheering him on in his quest to make one last, gigantic push for glory on home soil.

“It would be great to go out with a bang,” he said. “I know there will be good home support in Hull and I hope to do enough to make sure I qualify for the World Series Finals in Dubai in June. It would be nice to qualify for Dubai and take the family.”

After that, Matthew will be turning his attention to a new career as a coach, sharing his vast knowledge with a new generation of players.

He added: “Looking ahead, the calendar is pretty busy all the way through to Christmas. When I do stop playing I will aim to get plenty of rest with two holidays booked in June and August, but we have camps booked for July in the USA and in the UK in August.

“From the beginning of September, I will be starting phase two of my career.

“I will be the Squash Ambassador for the Berkshire School in Massachusetts and will be working with my manager Paul Walters on some kind of UK Testimonial Year, with events all over the country being lined up.

“Already, dates for 2019 are filling up quickly so I know that I am going to be very busy both on and off court.

“I may be retiring from the PSA World Tour after Hull but I will still be keeping my hand in. It’s always nice to work with the younger guys who are coming through and I am still planning to be active for one very good reason.

“I have a bet going with Nick Wall, the British Junior champion who has just turned 18, that he won’t beat me before I am 40.

“One thing I am also looking forward to while going around the country is the opportunity to get on the golf course a bit more often and try to get my handicap down from 18.

“So it would be nice if clubs could bear that in mind when we talk about arranging some coaching camps!”

First, Matthew will be thinking about gold instead of golf, and one final push for England.