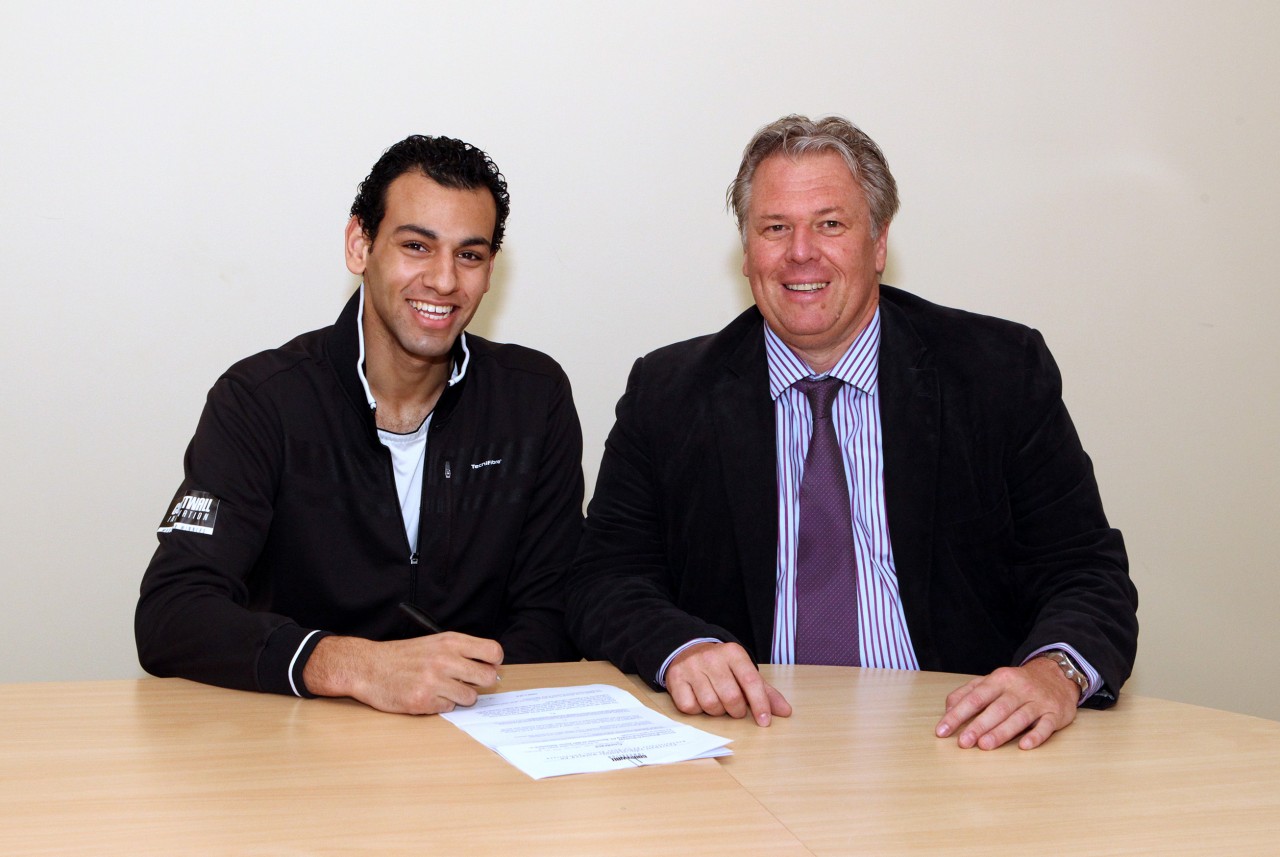 1: How long have you been involved in squash, and what attracted you to the sport in the first place?

I started to play squash in 1985 when the first courts were built in Austria, after retiring from a

the fast movements, and the reduced risk of injuries (compared to handball).

In the following years I have had my own squash clubs (in Austria, Hungary and Croatia), plus my own racket brand CHEEDAH (Chris Dittmar was our top-ranked sponsored player).

In 2001 I decided to offer pre-fabricated panel squash courts, next to our COURTWALL plaster solution.

A joint venture was formed with the US supplier of the panels and courts sold under McWIL-Courtwall.

Since 2011 this joint venture does not exist any more and our squash court product range is called COURTWALL again.

2: Please define the difference between Courtwall’s design and manufacturing and other court-building companies?

The most sold courts are today the pre-fab panel courts. These courts are covered by a 10-year warranty, and the non-paint surface is 100% maintenance free –one of the biggest advantages of using Courtwall courts. Courtwall has developed special front wall construction systems for this courts to minimize the ball impact sound.

3: What innovations can we expect to see in squash-court design in years to come?

To be honest I see more and more the way back to classic white wall courts in the day-to day business. The innovations are more to be seen in ventilation (additional oxygen mixture), or LED light systems. Clients and players are looking for long-lasting, maintenance-free courts.

4: If you had a bottomless pot of gold, and could add any extra gadgets to a glass show court, how would you revolutionize the courts used for major tournaments?

Our all-glass show court model 2024 which we will have ready in the first quarter of 2014 does have a new LED light system, which allows us to add special effects on the court (such as laser lights) by turning up/down the LEDs in seconds – a feature we did not need the pot of gold for!

As well we have further developed the glass court’s wooden floor with BOEN. The one-and-only feature I would change, with just a small 100.000 GBP pot of gold, is to change to non-reflective tempered glass. This would eliminate the mirror effects we have today in the glass surface (not giving a brilliant picture on TV and Internet streams). The technology is ready, we just have not found a client who wants to pay this extra amount of money ! 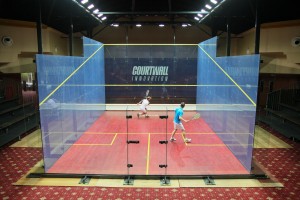 5: Can squash-court design enhance the viewing experience on television?

6: What do you see as the major growth areas in squash? Where are most of your orders coming from?

In recent years the most booming world market was East Europe. Poland was a hot market –I am sure the next markets will be Ukraine and Russia (the long winters are ideal for indoor sports). In USA most squash courts are in schools/universities. If this would change to a boom of commercial clubs (as students want to play the game after finishing studies) this could be an interesting market. I just think that the players involved in this market today are satisfied with school/university court building programs and have no vision!

7: What main projects in squash make you proud of what you have achieved?

It was nice to see that after me building the first ever squash club in Hungary the sport did develop very well. I repeated the same experience a few years years later in Croatia. To start the sport of squash in a country from zero is a very challenging project, but to see how in a short space of time many other people get “hot” for the game is for me as being squash-mad a very nice feeling.

8: Do club designs differ in various parts of the world?

Yes they do: as said in USA they are school/university clubs – not public, in England they are membership clubs. In Central/East Europe they are pay-and-play clubs, in the Gulf region and Asia it is a mixture of all….

A pay-and-play structure with a membership system for frequent players (and to keep them active through the summer). Most important in my opinion is the social aspect of a club (with a lounge/bar in a central position with direct views over as many courts as possible).

10: You have signed Egyptian star Mohamed Elshorbagy as a Global Ambassador for Courtwall. How is that relationship progressing?

Well, we have another star connected to our company – Peter Nicol. Mohamed has a huge potential, and what I like on his personality is that he is very focused, working hard and a very gentle person. I did never meet Peter when he was 20… but I can imagine he was much the same character. I am very sure that Peter and Mohamed are the ideal ambassadors for COURTWALL in the squash world. 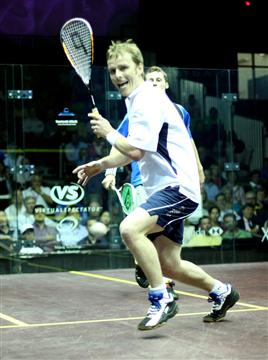 11: What were your impressions of squash’s Olympic bid and the IOC decision in Buenos Aires?

I could now easily spend a week on answering this question! To make it short, as we all know the IOC’s decisions are sometimes not logical, and driven from forces and ideas many people outside cannot understand. I think the WSF team has done a very professional job, but they had no chance to win against wrestling, whatever would have happened during the lobbying process.

My impression is that we need to involve the world’s leading nations (USA, Russia and China) to play squash on a competitive level. As of today I would say only four nations have a chance to win a squash gold medal (Egypt, England, France and Malaysia) … this is not enough.

There must be plans to make other nations more competitive. But if I look to the results of the Junior World Championships there are only a few isolated players with potential who are not coming from these four nations, the exceptions being Qatar, Peru and Mexico.

I always employ this example: Austria is a big ski nation. About 10-12 years ago every World Cup race result was looking like the Austrian closed championship. As a result many other nations stopped televising the sport (including Italy, Switzerland, Canada and USA).

The ski companies (main sponsors of the Austrian Ski Team) were very upset, and forced them to work with other nations. Trainers were encouraged to work for other national squads, and their teams were invited to join the Austrian training groups for several years.

The concept worked (maybe too well) as the USA racers Bode Miller and Lindsey Vonn (Tiger Woods’ girlfriend) spent years in training camps with the Austrian team, and dominated the sport for several years.

Other nations did also benefit, and today about 15 nations can win World Cup races or Olympic medals in Sochi/Russia …. and extra TV broadcasting in many more countries is the result!

Shall we not try to copy this in squash?