Jesse Engelbrecht: Mastering the State Of Flow is the key to unlocking your squash potential 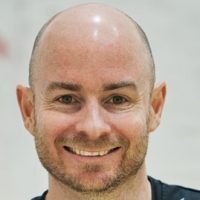 Jesse Engelbrechthttp://www.squashmind.co.uk
Ex World no. 55 and South African no. 1 player. Currently England Squash High Performance Coach plus Masters degree in Mental Toughness for Squash. Founder and creator of SquashMind which is now the official psychological app for the PSA, WSF, and HEAD. Director of Squash at SquashSkills.com. Coaching out of Surrey Sports Park in Guildford as well as globally via Zoom.

‘For many decades, coaches used Hunt and Barrington as examples to concentrate on fitness above all else’
By JESSE ENGELBRECHT (Squash Mind)

The biggest change in squash coaching in the past decade has been the growing focus on the mental side of the game.

Sure, we always heard so-called experts talking about the “top one per cent” being the thing that separated the leading players of earlier generations, which was a simple way of explaining the mental strength of great champions of the past (without actually telling you much about how this was achieved).

Imagine being able to summon up the confidence of players like Heather McKay and Jahangir Khan, knowing that their training methods and style of play made them unbeatable for huge periods of time.

Imagine being able to master that level of mental control to focus on every match with the same discipline and determination, buoyed by the knowledge that you had found the formula for success.

Then picture the mental turmoil that must have nagged away at Geoff Hunt and Jonah Barrington, constantly working on fresh ideas to overcome their opponent with new tactics underpinned by a brutal approach to strength and conditioning.

For many decades, coaches used Hunt and Barrington as examples of the supposed need to concentrate on the fitness side of the game above all else.

This was followed, of course, by players trying to copy the brutal training regime undertaken by a teenage Jahangir as he propelled himself to the top of the game with an unbeaten run lasting five and a half years.

This kind of approach left many broken bodies by the roadside. It led to obsessive behaviour from club players who worked harder at improving their fitness rather than improving the accuracy of their shots.

Right now, I am hearing a lot of nonsense about Paul Coll supposedly following in the footsteps of Jahangir, Hunt and Barrington with an obsessive approach to his fitness work.

What people don’t know is that, behind the scenes, Paul is constantly working incredibly hard on improving his skill levels, his shot selection processes, his movement and his mental approach to the game.

Since reaching world number one status after a season of phenomenal success, it became clear that Paul discovered new stresses in the new territory he was experiencing.

Being on top means that you are the number one target for everyone else in the game.

Simply put, the new stresses that affected him on and off court were blocking Paul from accessing the state of flow that helped him get to the top in the first place.

The state of flow is a psychological condition that used to be described as “controlled arousal” or “being in the zone”.

A huge amount of scientific research now goes into every aspect of sporting preparation, and in the next few articles I will help you to understand the secrets of achieving maximum benefits from achieving this state of mind.

Watch out for my next article appearing in the next few days. This is just the start. SquashMind and Squash Mad are forming a formidable partnership.

Open your mind with an online lesson

If you like this blog, please do share with others that may be interested on this subject and find it of use. I work closely with players on all aspects of their game and mind. I offer online Zoom lessons and become a mentor and accountability partner for players.

I find 1:1 online lessons immensely powerful for learning and am now using the court more so for practice. Being able to learn away from the ‘distractions’ of playing is proving to be highly valuable.

Please do get in touch by emailing me: [email protected]