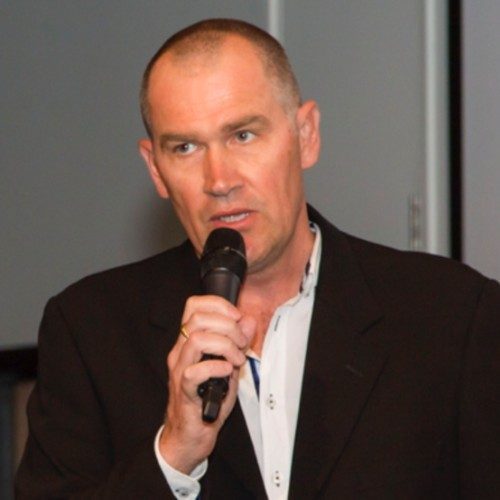 Joelle King crowned a triumphant homecoming by beating Tesni Evans to win the New Zealand Open women’s title and give the crowd half of the fairytale ending they wanted, but Mohamed ElShorbagy prevented a Kiwi double by fighting back to conquer Paul Coll in the men’s final.

A packed audience at the Trustpower Baypark Arena in Tauranga cheered as King overcame Welsh No.6 seed Evans in straight games but were stunned as men’s No.2 seed ElShorbagy fought back to beat Coll after the Kiwi won the opening game.

ElShorbagy beat Coll 4-0 last week as he and England team-mate Sarah-Jane Perry clinched the inaugural Nations Cup title on points countback against Coll and King, and today’s finals in the 2022 New Zealand Open crowned a successful return of top-class tournament play to the country which is a long way from the two champions’ base in Bristol.

Waikato’s King ran out a relatively comfortable winner, showing the greater composure on the big points, and having the edge in the experience of competing in  major finals.

A delighted King said: “She’s fun, she can make jokes and can switch in and out but I’m the opposite. I have to stay in my zone and avoid laughing when she makes jokes on court.”

King, 34, from Cambridge but based in Bristol, England, was emotional to lift the Murphy Rosebowl on which her name will be etched alongside illustrious squash greats in Vicki Cardwell, Michelle Martin and eight-time winner, Susan Devoy.

Speaking of her opponent, King reflected: “We’ve been through some tough times. It’s a lonely sport, so when you find someone you get along with, you stay tight. We’re in each other’s corner and I’m very happy to come off the winner today.

“It was a tournament I’ve been waiting for so long to play in front on my fans and family who haven’t seen me play since I was a little girl.”

Meanwhile Evans gave some humour to her loss, saying: “I had 500 people on court against me. It was really fun, it’s been a great week so thanks to everyone who made this possible.

“To play this week in front a crowd like this was really special. Joey is such a legend, not only an amazing player but an amazing person who has helped me so much, so I need to thank her, although maybe not for the beating today.”

It’s King’s first PSA title since April’s Manchester Open and her first of the 2022-23 season. King becomes the first women’s New Zealand Open champion since 2009 and the first Kiwi to take the title since the legendary four-time world champion Devoy in 1993.

And this one might just be the most special of the lot 🇳🇿#NZOpen pic.twitter.com/aRxTdU859b

“We get asked a lot, what’s your favourite tournament to play, and I haven’t had the chance to say New Zealand because we haven’t had a tournament for so long, but it’s 100 per cent playing here at home,” said King afterwards.

“I’ve been sort of nervous during the day all week, but once I arrive and I see the court and I see everyone here who I know and they’re supporting me, it just kind of goes away as soon as I step on the court. It hasn’t kind of sunk in yet. Obviously, a bit later on I’ll be able to enjoy it.

“I’m super pleased with how I’ve played all week.”

In the men’s event, World No.4 ElShorbagy won the 47th PSA title of his career as he came back from a game behind to end top seed Coll’s hopes of lifting the trophy in front of his home crowd.

Greymouth-born Coll made a superb start to the match as he fed on the energy from the crowd to sneak the opening game, but a fired-up ElShorbagy came out all guns blazing in the second game.

The Englishman won the next three games without reply to become the first men’s New Zealand Open champion since Paul Steel in 1993.

The men’s final was at times brutal as two of the world’s best went at it for the title.

Coll, 30, from Greymouth who has had two stints heading the world rankings this year, faced formidable opposition from the multiple title winning El Shorbagy, seeded second and ranked four in the world.

El Shorbagy used all his experience to put on an impressive display of attacking squash to win in four games, although Coll made him work hard for his points, displaying attacking flair and incredible reach.

The raucous crowd sensed it was in the Kiwi’s grasp after a sensational rally at 7-9 in the first game lasting several minutes to take it to 8-9 after which El Shorbagy’s concentration was lost and the game went Coll’s way on the first time of asking.

El Shorbagy, however, played a more disruptive game in the next three stanzas, often  finding the nick, and doing just enough in each to protect the leads he had crafted for a 9-11, 11-8, 11-4, 11-7 victory in 62 minutes. He became the first British player to lift the Bruce Brownlee trophy.

During the presentations ElShorbagy said: “Paul is one of the most inspiring players on tour – he’s a big champ, he’s won two golds for his country and deserves all the respect he gets.  It’s an honour for me every time I go on court with him.

“I have two great superstars in Joelle and Paul standing behind me. Paul is a great rival and we have had great matches over the years and as good rivals we don’t get to win every time. I might win sometimes, he might win sometimes.  The crowd support has been amazing, you’ve given the players such great memories and I will be back next year.”

Commonwealth Games singles and mixed champion Coll was disappointed with his loss, but could see some positives in the sport returning to New Zealand.

ElShorbagy’s victory also sees him become the youngest man ever to reach 500 PSA wins at the age of 31 years and 10 months, while he is only the third man to achieve that milestone after his coach Gregory Gaultier (587) and Nick Matthew (518).

“Paul is a great rival and we’ve had amazing matches over the years,” said ElShorbagy.

“Both families (Coll’s and King’s), you have raised two great human beings. We love having them on the tour.”

The players now fly within 24 hours to the PSA Gold tournament in Singapore this week for the next stop on the World Tour. The MARIGOLD Singapore Open takes place between November 15-20 and will be shown live on SQUASHTV.