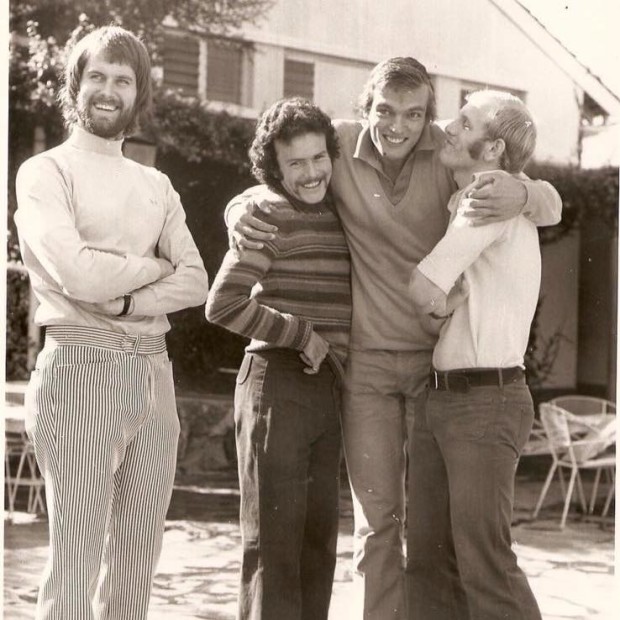 Squash has lost one of its true gentlemen with the recent passing of John Easter. A tall, stylish player, he epitomised the effortless ability of the naturally-gifted player and was one of the early pioneers who crossed the threshold from amateur to professional squash. The father of England rugby international Nick Easter, he holds a special place in the hearts of all who knew him. Former England team-mate Stuart Courtney has kindly written a fitting tribute to truly great English icon.

John Easter (1945 – 2015)
John Nicholas Cave Easter was born in Shawford, Hampshire on the 17th December 1945, went to school at St Edwards, Oxford, where he excelled at most sports, and then to Christ Church College, Oxford, where he got an honours degree in Philosophy, Politics and Economics. His latter life was spent in the financial world.

Whilst at Oxford (1966 – 1968) he was awarded blues for cricket and squash. He was a right-arm medium pace bowler and he took 58 first-class wickets, the highlight being his 5-62 taken against Northants which included a hat-trick.

At squash he got ‘blues’ in 1966 and 1967, the latter being a high quality match against another very good player, Philip Ayton from Sussex. John was a good volleyer; his height giving him a big advantage, and between 1971 and 1983, he played 31 times for GB and England, turned professional in the 1973-74 season after leading GB at the World Championships in South Africa, where they came a very close second.

He reached No. 9 in the world and, along with Jonah Barrington, was one of the British professional players who were responsible for raising the profile of the sport at that time.

Described by Rex Bellamy, the doyen of squash writers, as a ‘matinee idol’ (John had done some male modelling), he was everyone’s favourite player.

In both senses of the word he was a gentleman; loved by many, had humility, was humorous, gave his time willingly, helped up and coming players, and was a very fine player himself.

Stories abound about his love of food and, at mealtimes, John could always be found at the head of any queue.

He was diagnosed with Parkinson’s disease in 2006 and throughout the rest of his life, he always made light of his illness and was happiest when he was with family and friends.

He leaves his wife Glynis, Nick, Gemma and Mark, the boys being very fine professional rugby players, and three grandchildren. He will be sorely missed and never forgotten.

A personal memory:
In the late seventies and before the game was played all year round, the end of season tournament was always the Isle of Wight. It was a very laid-back affair with lots of revelry and with doubles and mixed doubles often played in the early hours of the morning.

John was there on a crammer weekend for his accountancy exams but decided to enter the tournament, saying to me that if we both got to the semi final, he would withdraw at match point as he had an exam when the final was being played.

He and I duly got to our seeded spots and sure enough at nine all in the fifth, and him serving, I thought he would walk across, shake my hand and retire. Now, whether he had forgotten about the exam I don’t know, but he decided to serve and so I thought I would have some fun.

When he served I missed the ball deliberately expecting to take it off the back wall but to my horror but not John’s at the time, it hit the nick and rolled along the floor. Game and match to Easter.

Reality didn’t dawn for what seemed an eternity but then suddenly the expression on his face changed to one of horror as he tried to explain to the referee that he couldn’t play in the final as he had an exam and that really I was the winner.

The referee was having none of it and for about the fourth time declared him the winner. After a lot of heated discussion with the tournament organiser and lots and lots of apologies, I was eventually awarded the match. Easter was saved.

However, it didn’t end there of course as the Egyptian (can’t remember his name) who had already reached the final, refused to play me. High drama.

EDITOR’S NOTE: Thank you, Stuart. A lovely, warm tribute to a great player of a generation that paved the way for today’s professionals. Readers are invited to share their memories of John Easter in the Comment section below.