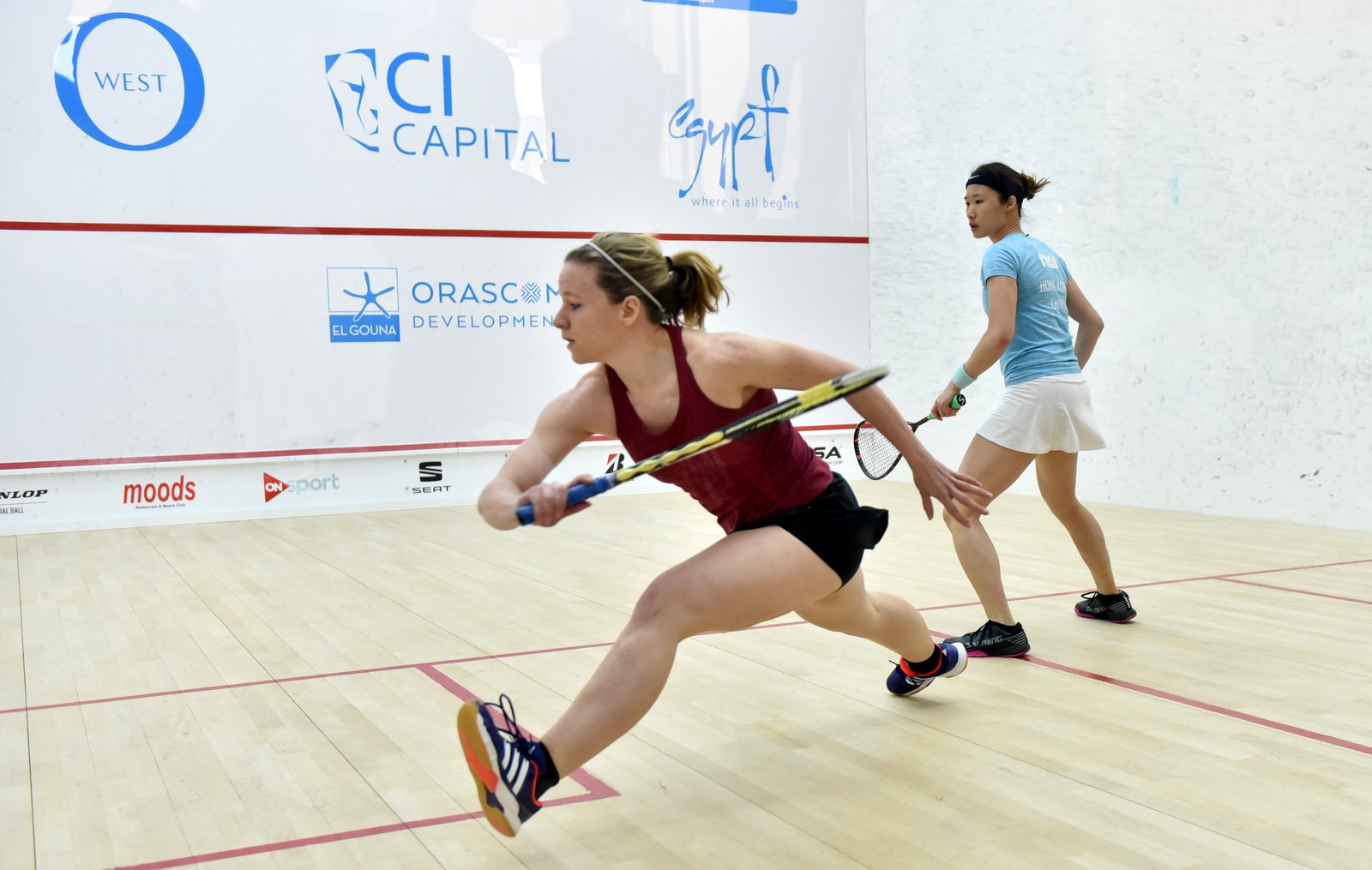 Julianne Courtice (left) on the way to victory over Joey Chan

Scots Lobban and Clyne win through
By MATT COLES

World No.59 Pajares overcame the higher-ranked Serme to ensure that a trio of Spaniards will line up in the second round of the El Gouna International for the first time. The 23-year-old Pajares is ranked 26 places below Serme in the PSA World Rankings but put in a fine performance to win 11-8, 11-5, 11-7 and beat his opponent for the first time in his career.

Serme had won all four of their previous matches on the PSA Tour – including a 3-1 win in the final round of qualifying 12 months ago in El Gouna – but Pajares avenged those defeats with an accurate performance to join compatriots Borja Golan and Edmon Lopez in the last 32.

Bernabeu will line up against former World No.3 Omar Mosaad in the next round as he bids to reach the third round of a PSA Platinum tournament for the first time.

“I’ve played Lucas four times on the PSA, and I’ve lost all of them,” Pajares said afterwards.

“I’m happy to beat him in three today, I felt very confident today on court, yesterday Borja and Edmon won, so that gave me confidence for today as well.

“I’ve played Lucas around 10 times in all, including PSA and league, so I’ve gotten used to his game. Having Edmon and Borja here supporting me is always an extra bonus, when you’re playing PSA you’re normally alone, especially if you don’t bring family or coaches with you.

“It’s going to be my first time playing Omar Mosaad. I’m also going to play him in two weeks’ time at the Wimbledon Open, and I think it’s going to be a good pace. I know how he plays, and we’ll see how close I am.” 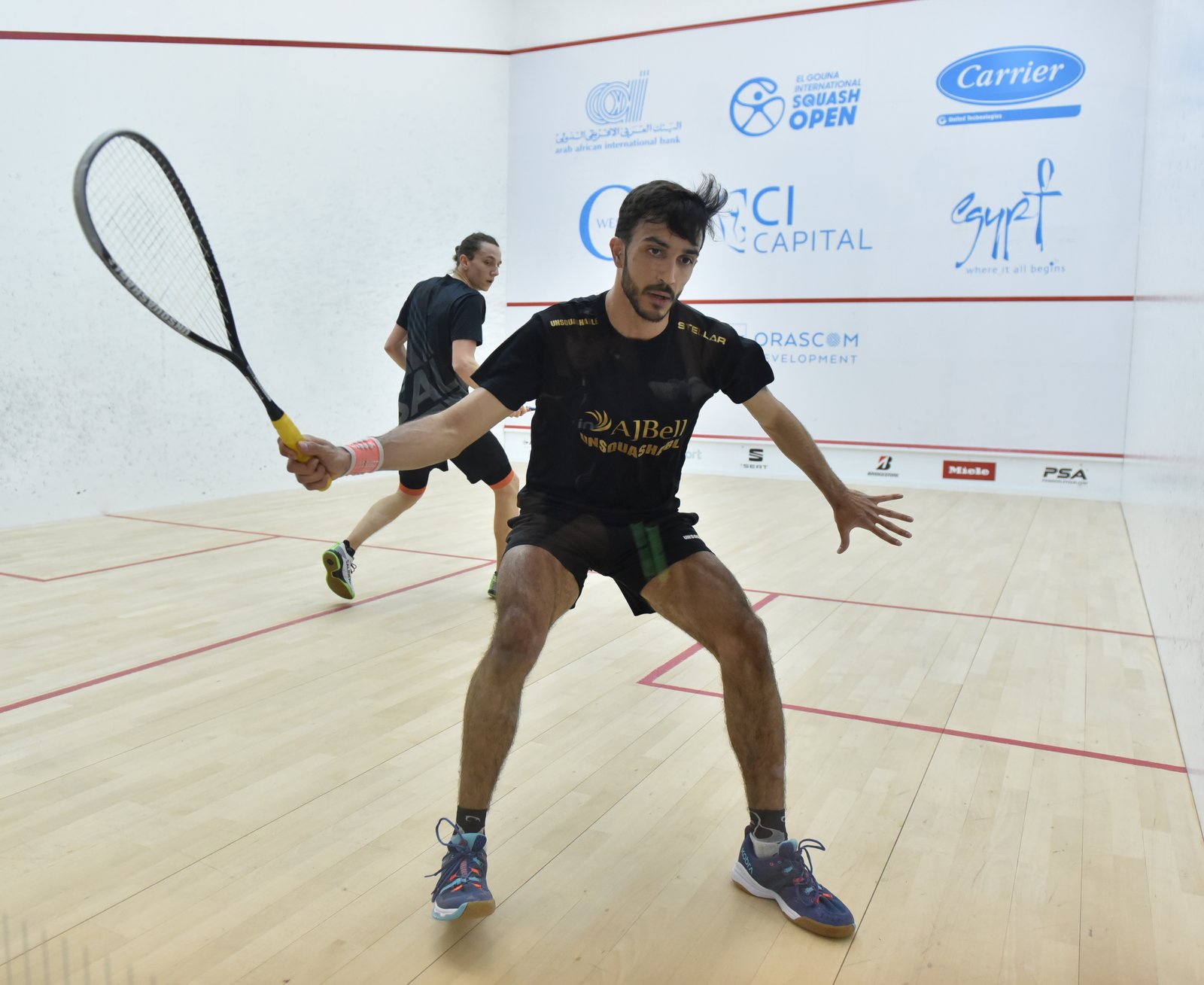 Egypt’s Fares Dessouky is also through to the second round after beating Todd Harrity, having been granted a wildcard spot in the tournament as he continues to make his way back from injury.

A torn ACL had seen him plummet down the World Rankings, falling as low as World No.502 in January. The 24-year-old has risen back into the world’s top 50 since then and now sits at No.42. The two-time El Gouna semi finalist came through his first round match against Harrity with relative ease winning out in 36 minutes to claim a third successive win over the men’s United States No.1.

“I’m very happy with the way I played, it was a very tough match, and the score doesn’t say everything. It was tough physically as well, the court was a bit bouncy, and I had to adapt my game,” Dessouky said.

“Being the wildcard is something good and new for me. This is such a great tournament, I love it so much, and I love playing here. I’m looking forward to playing well, but my goal nowadays is to stay injury-free, to play well and to enjoy it.”

Elsewhere in the men’s draw, Alan Clyne shocked Hong Kong’s Tsz Fung Yip to advance in the other surprise result of the day, while compatriot Greg Lobban is also through to the last 32 after beating Egypt’s Mohamed Reda. 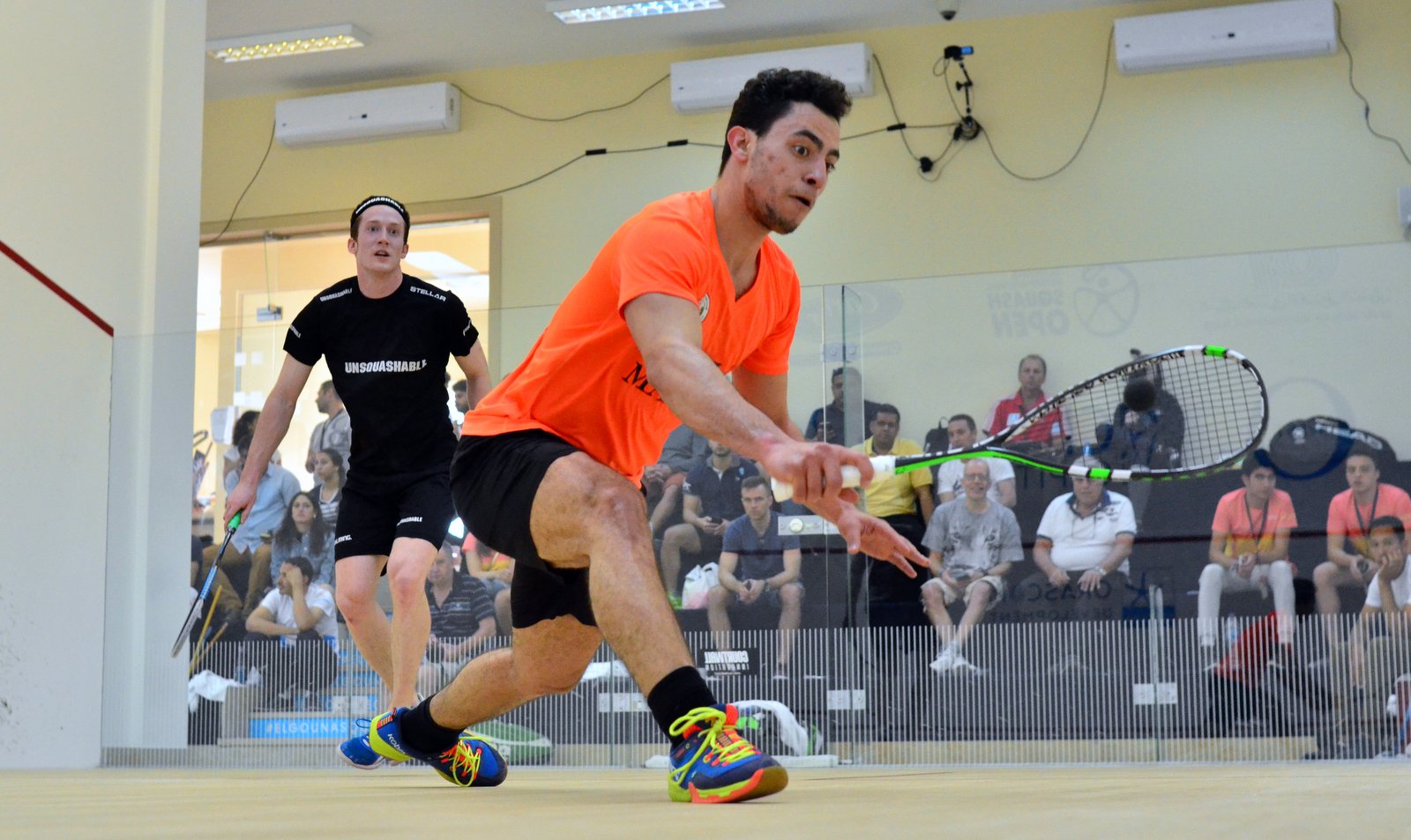 There was also a surprise in the women’s draw, as Julianne Courtice beat Hong Kong’s Joey Chan in a five-game thriller to book her place in the second round.

“It feels great. I have been wanting a win against one of the top 20, top 30 players for a while now,” Courtice said after the win.

“I just felt relaxed going into this one, and obviously it was really tight in the games, but I feel great in getting through. [I was] definitely panicking. I probably took the third when she was ahead, and she took the fourth after being ahead and me coming back. It was just nip and tuck all the way. When we went into that fifth game I just told myself to go for it.

“As soon as I got to 10-8, it is not a given to win. We had both had game balls throughout the match, so I just thought I had to play the next point and to get through it, and it just happened.”

Also in the women’s draw, Yathreb Adel secured her passage through to the last 32 after she defeated South Africa’s Alexandra Fuller in straight games.

Adel, who sits at World No.18, showed her class throughout against the South African, ranked 27 places below her in the world. Although Fuller bounced back from an 8-2 deficit in the third game to send it to a tie-break, Adel was able to take the victory and set up a meeting with three-time World Champion Nour El Sherbini in the second round.

“I am very happy to be through today in three. Alex is obviously one of the good players on court, and it is tricky to play her so I am happy to come out with a 3-0 win today,” Adel said after her victory. 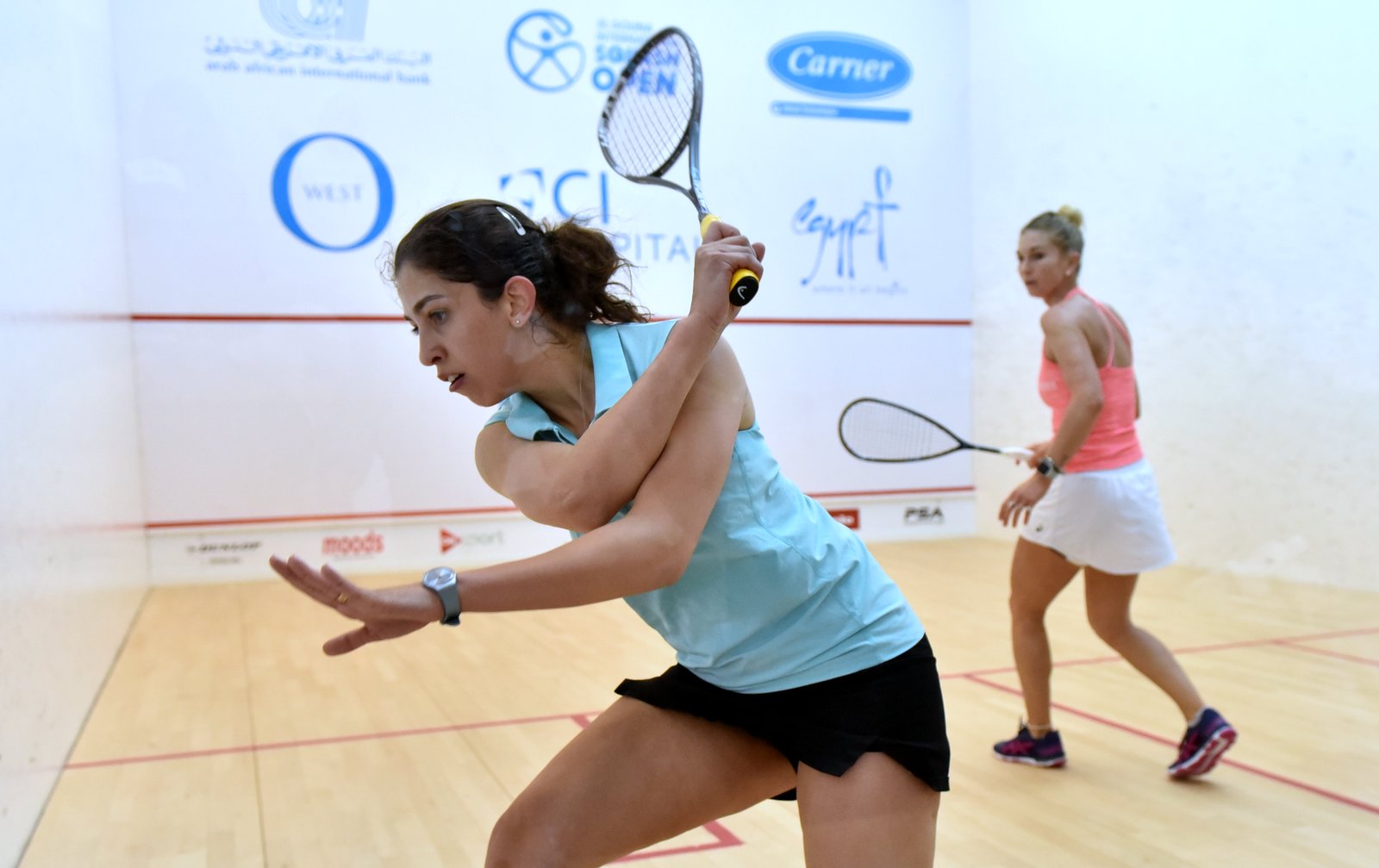 “She is quite fast on court so I just had to be more patient, rather than just going for my shots all the time because she would get there and get it back.”

The top half of the draw will play their second round matches tomorrow starting at 12:00 local time (GMT+2), with the seeded players entering the draw at this stage. The majority of matches will take place at the El Gouna Squash Complex, while the likes of World No.1s Ali Farag and Raneem El Welily will be in action at the glass court at the Abu Tig Marina from 18:30 local (GMT+2) onwards.

Matches from the glass court will be shown live on SQUASHTV (rest of world), Eurosport Player (Europe only) and the official Facebook page of the PSA World Tour (excluding Europe and Japan).