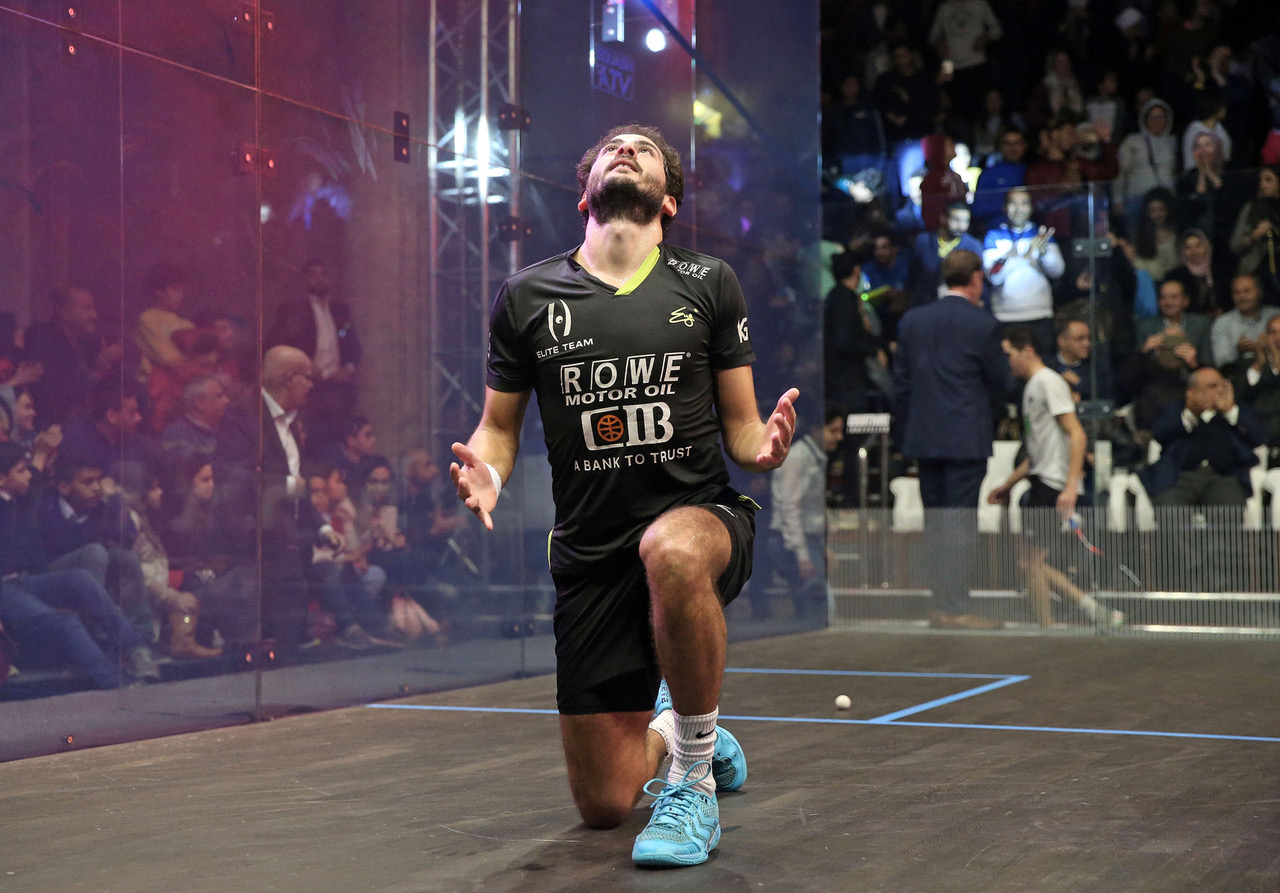 Victory over World No.2 Ali Farag in the final of the CIB Black Ball Open over the weekend has seen World No.9 Karim Abdel Gawad earn his place at the season-ending PSA World Tour Finals.

Former World No.1 Gawad captured his first Platinum title since January 2017 courtesy of a spell-binding week that saw him beat current World No.1 Mohamed ElShorbagy, World No.4 Momen and the in-form Farag to claim the Black Ball Open trophy in Cairo.

After reaching his third Platinum final of the season, Farag tops the men’s leaderboard with 10,370 points and sits ahead of Mohamed ElShorbagy, who is in second place. Both players have already qualified for the World Tour Finals after Farag won the Qatar Classic last month, while ElShorbagy took the honours at both the U.S. Open and Hong Kong Open earlier this season.

Gawad sits in third, while Simon Rösner (No.4), Tarek Momen (No.5), Paul Coll (No.6), Mohamed Abouelghar (No.7) and Diego Elias reside in the top eight.

The women’s leaderboard is unchanged, with World No.1 Raneem El Welily staying in first place ahead of England’s Sarah-Jane Perry and New Zealand’s Joelle King. El Welily and King have already qualified for the World Tour Finals courtesy of wins at the U.S. Open and Hong Kong Open, respectively. 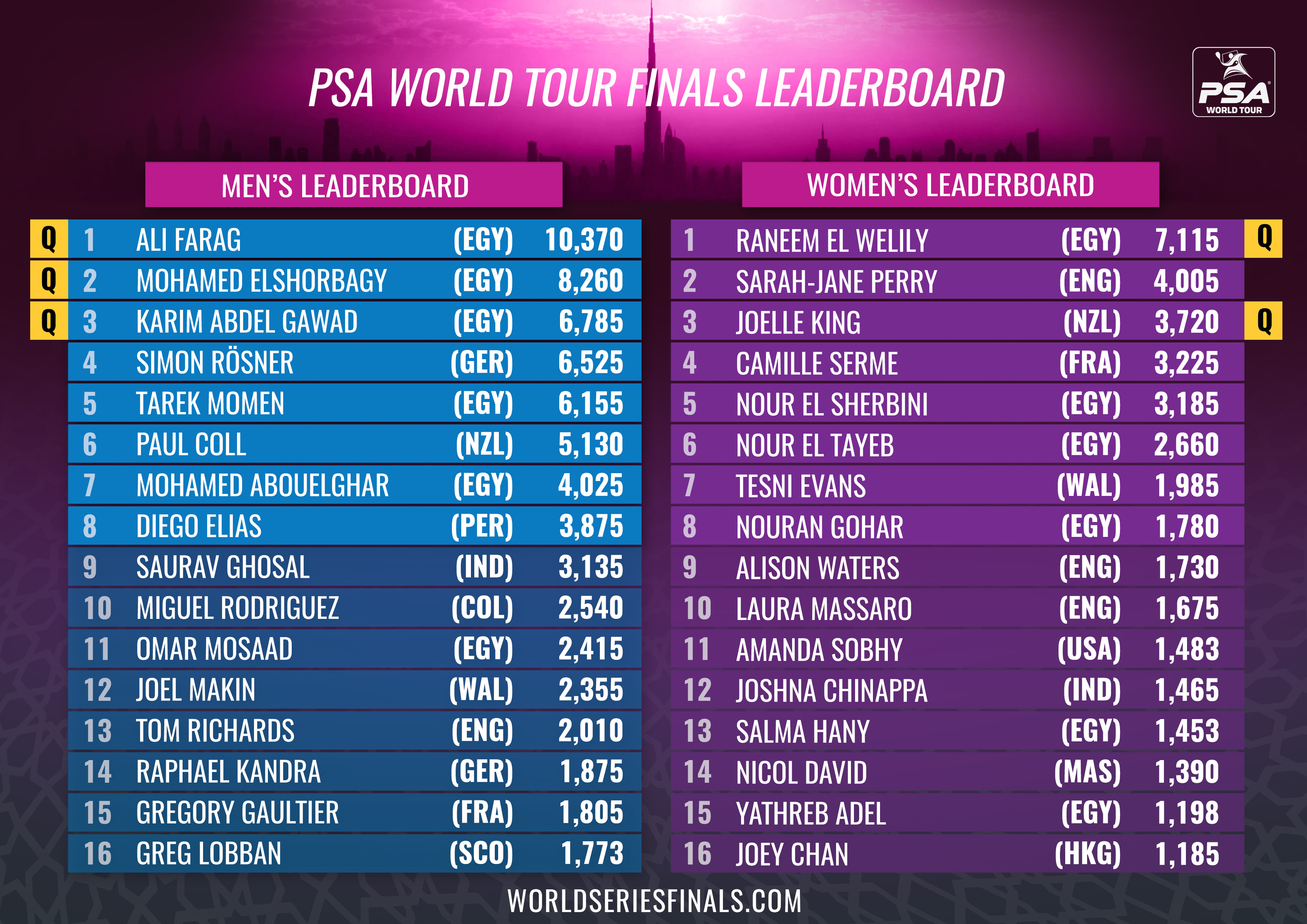