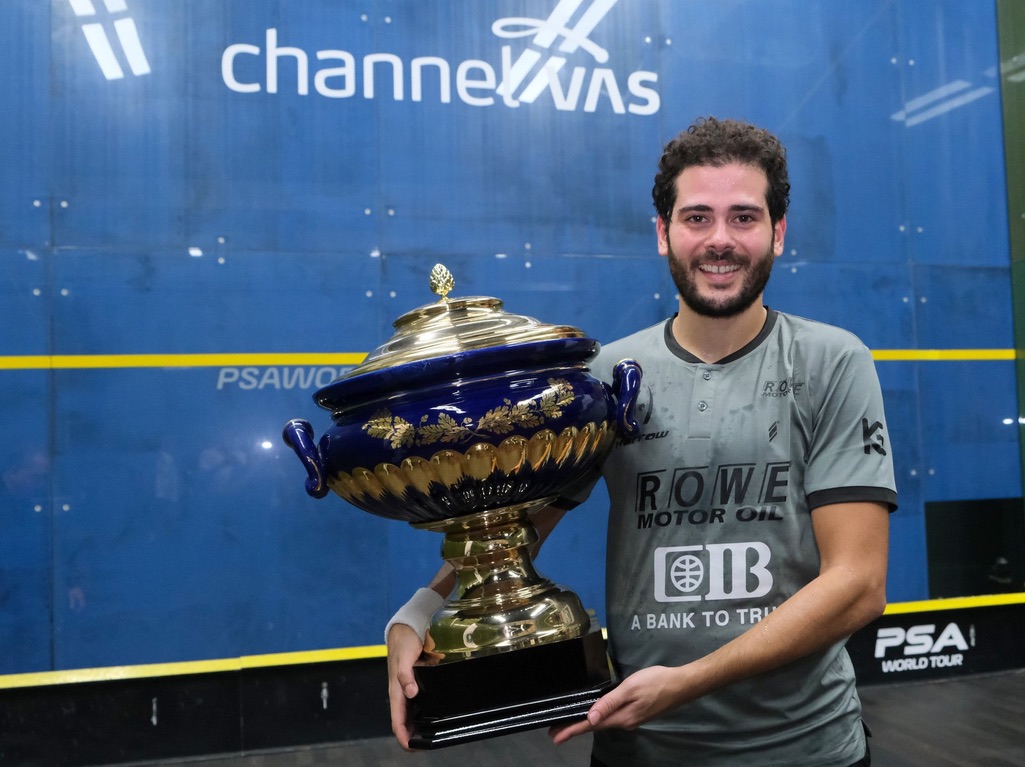 The two players have faced each other 14 times on the PSA Tour previously, however, the last and only time the two Egyptians went to five-games was all the way back in 2016 when Gawad claimed the victory in the semi-finals of the Men’s World Championship, which he went on to win.

The 2017 champion ElShorbagy came out of the blocks firing to take the opening game at the St. George’s Hill Lawn Tennis Club, before Gawad switched the momentum to his favour in the second and third, taking a 2-1 lead for the loss of just four points across both games.

An injury break for ElShorbagy at the end of the third seemed to give him a push in a marathon 37-minute fourth game as he stayed with his opponent in a tightly contested battle.

World No.4 Gawad looked at one point as though he was going to hold championship ball at 9-7, before it was taken away from him by his ball being called down to allow ElShorbagy to stage an epic fightback and push the match to a deciding fifth.

ElShorbagy, who had spent 188 minutes on court this week before the final, was not able to push on any further in the final game though as he looked increasingly fatigued against an in form Gawad who punished him with his accurate hitting to take an 8-11, 11-3, 11-1, 10-12, 11-6 final in 90 minutes – the longest match of the tournament – and claim his 23rd PSA title.

“It felt great to play in that match, I think me and Mohamed haven’t played for a very long time in a final, since 2017 maybe,” said Gawad afterwards.

“I’m really glad to be back and playing in finals with him. He is an amazing athlete and is such an idol for everyone, a great player and very professional on and off court.

“From the beginning of the match, actually from 7-0 down, I tried to be aggressive from the back corners, and also I tried mixing my volleys. In the fourth at 9-7, I maybe got a bit passive, but also, Mohamed changed his game plan, and I didn’t adapt well enough. Although I lost, I remember thinking that my game plan was good, and that I had to go back to it.

“In the fifth I just made sure I switched back to it, but we were both very tired. The difference I think is that I managed to move him around more than he did.

“I’m really happy to win such a prestigious title. I’ve been playing here for so long and I have very good memories here. I would like to thank Mohamed for a great match today, Danny [Lee] for organising this and Bassim Haider for sponsoring the event.

“You’re doing a great job here and I love playing here in front of a good crowd. Squash means a lot to us so I would like to thank everyone for doing this and my coaches and sponsors for helping me and supporting me on good and bad days.”

ElShorbagy said: “I’m fine, I just need a break! I’m not too disappointed. When I look back onto my career, I want to be able to say I was an athlete that fought for every single point. And that’s what I did today.”