Let’s tidy up the rules on lets and strokes

Chris Sargent March 21, 2019 5 Comments on Let’s tidy up the rules on lets and strokes 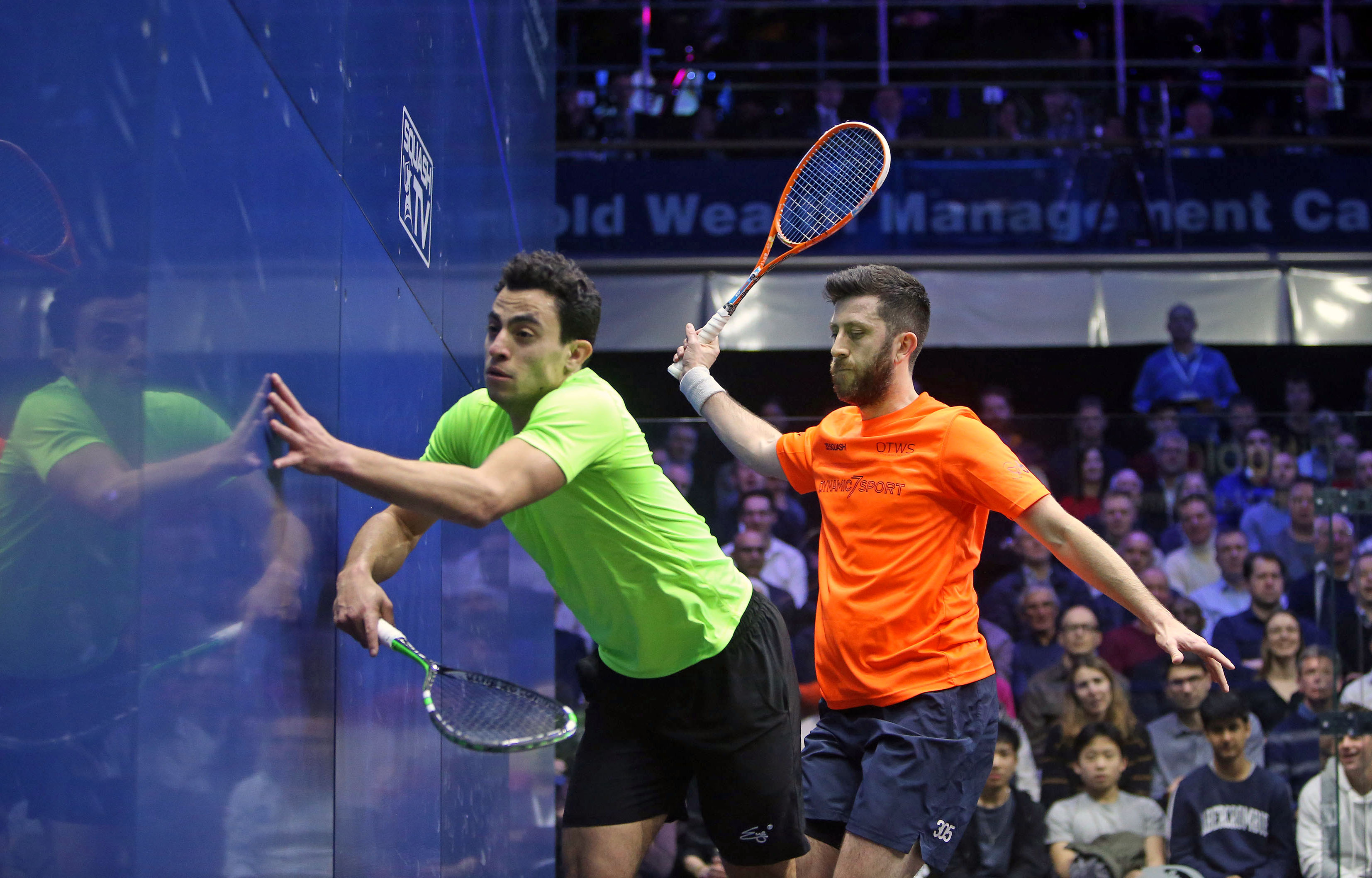 Let or stroke? Daryl Selby and Fares Dessouky in action at Canary Wharf

It’s all far too confusing – even for the pros!
By CHRIS SARGENT – Squash Mad Columnist

Now, I know this may be controversial. But I am just going to come straight out with it. The rules on strokes and lets are just too confusing. The rules are opaque and difficult to apply.

Judging by recent professional tournaments, and especially last year’s Commonwealth Games, the professionals seem to be as baffled as we are.

We have created a scenario that is now akin to the terrible situation that football now finds itself in. In trying to clarify the offside rule, they have now made it so complex that the grey areas now obscure the whole purpose of the rule.

We see the difficulty in applying the rules on lets and strokes at every PSA competition. A player asks for a let, the referee rules, the player appeals and then, after 30 seconds, the decision is supported or overruled.

While this is going on, Joey Barrington and his co-commentator describe the anguish of the video referee. Did he/ they make enough effort? Did the player clear? Was there a line to the ball? Could they have played it anyway? Even then, with the benefit of slow motion, multi-angle replays, the outcome is not always clear.

Now, this is all very entertaining for us squash players but totally baffling to the non-player. What is also striking is they rarely actually reference the wording of the rules, but more the “intent”. Next time you are watching SquashTV, see for yourself. 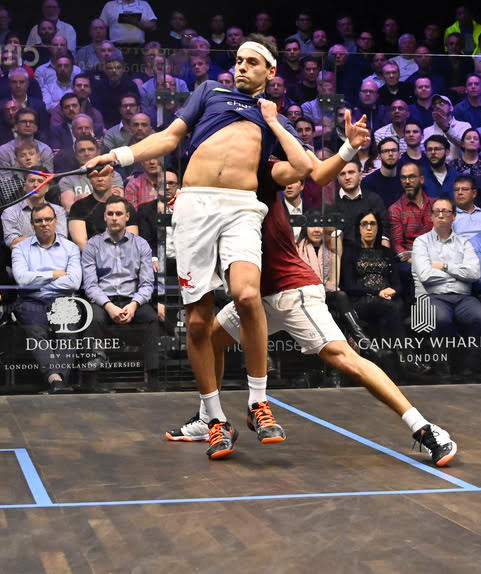 Mohamed ElShorbagy almost has his shirt ripped off by Tarek Momen

Even when the decision from the video referee is given, the decisions are so marginal at times the outcome is still disputed. It makes for great discussion points for us squash players but…

Again, this is a mirror image of the crisis in Football. VAR has demonstrated clearly that, in sport, there are more grey areas than black and white. Trying to write words around what ultimately becomes a judgement is futile.

So, I have a simple suggestion. We need to accept that there is no clear, easily applicable, cast iron, black and white definition of a “let” or a “stroke”. As a sport, let’s just own up to it.

There, now that’s done, let’s discuss what we are trying to achieve and perhaps an answer?

So, what is the “let” / “stroke” rule actually trying to achieve?

Well, like all rules, it is trying to ensure fair play. It is trying to say what should happen to the score when a player was not given a fair opportunity to play the shot they wanted AND predict the outcome of that shot.

Now, this is where squash is pretty unique. We play in a box where space is limited. There are inevitable “traffic problems” at times and we need to reflect this. In a comparison with football again, our dilemma is more like the rules around a “foul” than offside. Our “let” is like a “free kick” and a “stroke” is more like a “penalty”.

So, our rules refer to the ability to play “winning shots” (among other things), but what does this actually mean?

As we play in a box, a winning shot depends mainly on two things:
• The position of the person playing the ball and
• The relative position where the opponent SHOULD have been if they had got out of the way!

But, does this mean the player should have been further left, further right, further to the back, or indeed the front?

This is all a judgement, but one that is not even referenced directly in the rules!

To pretend it is a science is futile. So, I have a simple proposal. The rules should reflect and embrace the ambiguity. Let’s just give the referees the scope to properly exercise their judgement.

I propose the rules should read something like:
If there is interference immediately before or during the shot, or the player felt there was a risk of hitting the opponent with either the ball or the racket, the player striking the ball should stop and ask for a let.

Upon asking for a let, the referee must make a judgement on what would have been the likely outcome of the shot (or risks of hitting the opponent). This should take into account:
• Where both players were standing
• Whether the player was prepared, ready and able to play the ball
• Where the player causing the interference would have been if the interference had been avoided
• The capabilities of the players on the court

If, in the opinion of the referee, there was insufficient interference to disadvantage the player striking the ball, “No Let” is awarded.

If, in the referee’s opinion, it would have been a winning shot, then a “stroke” is awarded. Otherwise a “let” is awarded.

If the referee felt the player was justified in stopping due to the risk they perceived of hitting their opponent at that moment, a “let” is awarded.

Now, we also have to stop “fishing” for “lets” and “strokes”. So, this should simply be covered by:
If the referee feels that a player was trying to unfairly gain an advantage by creating interference, or making insufficient effort to play the ball, then a “No Let” is awarded.

In reality, this just reflects the thought process of most referees anyway. But, it embraces the reality of our sport.

We know the rules around lets and strokes tie our game in knots. We all struggle to explain the rules to our friends and colleagues. How can it ever aspire to be a popular sport for TV when the most important rule is so difficult to understand?

Squash lover and Junior Squash coordinator at Grove Park Squash Club, Cheadle Hulme. Passionate about growing the game, particularly making it more inclusive and making this a truly sustainable sport for everyone.