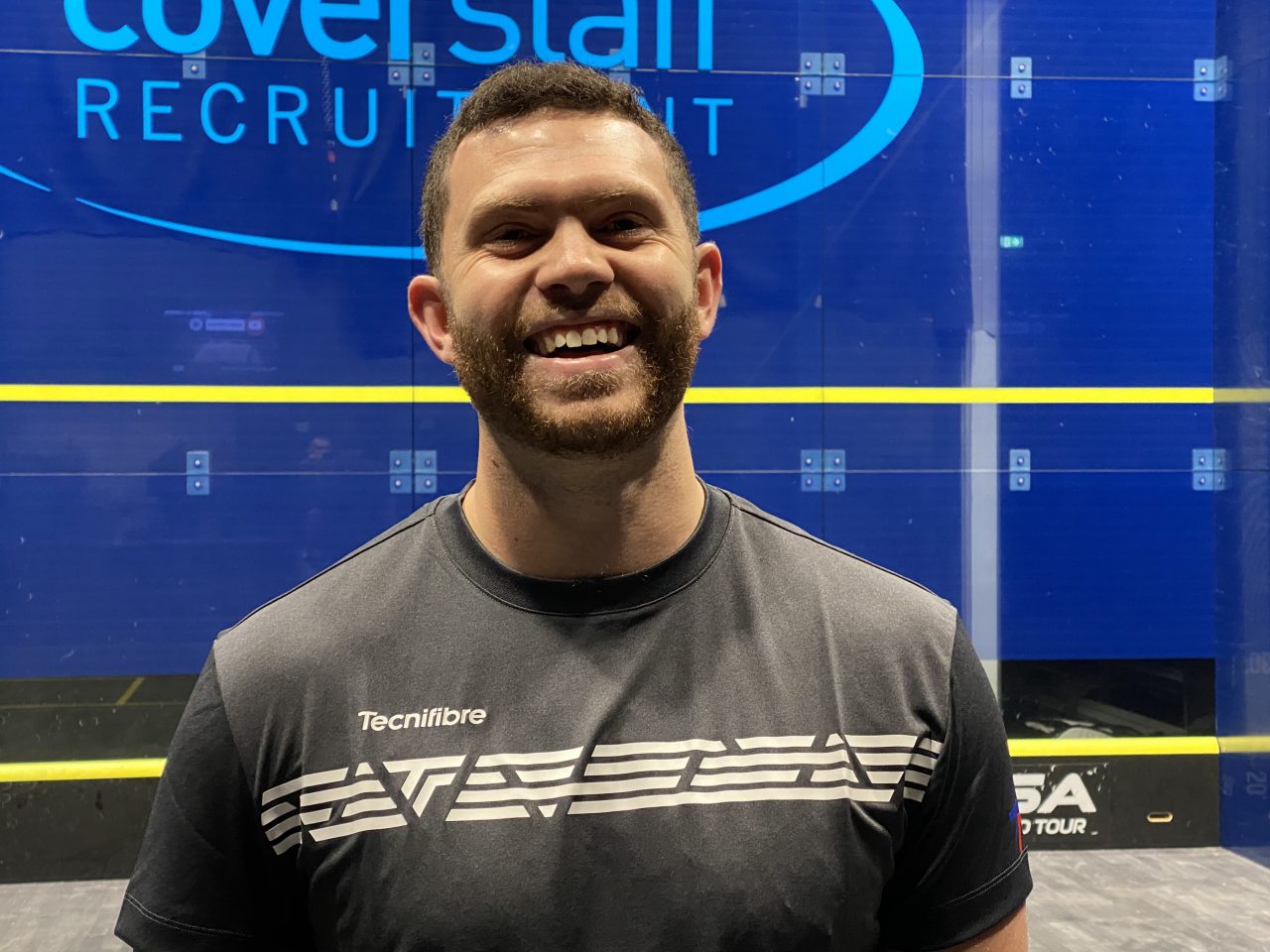 Lance Beddoes prepares for action on the XL glass court

Experienced New Zealand international Lance Beddoes made his debut in week three of the Unsquashable Premier League – and ended up on the wrong side of a 13-11 scoreline in the fifth game of a titanic tussle against a young rival who he used to coach.

Two-time Commonwealth Games player Beddoes, 27, joined the competition after returning from coaching in the United States and took on Leo Fatialofa, 10 years his junior and someone he had coached in the past.

It was an entertaining contest where no rally surpassed eight shots as each player reeled off a mixture of unorthodox, aggressive and legitimate winners seemingly hit at will.

Beddoes, a former top 90 ranked player, used his court craft in the first game for an 11-4 scoreline, but then Fatialofa picked up the pace in the second for an 11-7 win. Beddoes then replied and won the third 11-8 before a revived Fatialofa took the fourth and then the fifth became anyone’s game with some quite remarkable shots.

It was only at 10-all that Beddoes choose to play long and the younger player was able to win 13-11 in 43 minutes.

In the other matches, week two winner Joel Arscott had a victory in his match over 17-year-old Jack Conder in straight games in 27 minutes. Arscott played with plenty of depth in the first two games while Conder had some chances but wasn’t able to finish them off.

Elijah Thomas defeated Glenn Templeton in four games in one of the many matches they have played and will no doubt continue to face each other from juniors to seniors.

Thomas was steady throughout and hard to put away while Templeton used his power effectively in the second game. However a potential injury appeared to hit Templeton late in the third game as Thomas won 11-7. The score was the same in the fourth as Thomas wrapped up the match in 36 minutes

In the final match, Temwa Chileshe played efficiently and professionally to take the victory in his clash over Michael Shelton-Agar in straight games.

The semi-finals will see a replay of last week with Arscott against Fatialofa and Chileshe taking on Thomas. Play continues from 3pm Saturday and Sunday at the SquashXL Club in Avondale.