Lockdown Blog: ‘No international sport until a vaccine has been delivered’

Alan Thatcher April 18, 2020 2 Comments on Lockdown Blog: ‘No international sport until a vaccine has been delivered’ 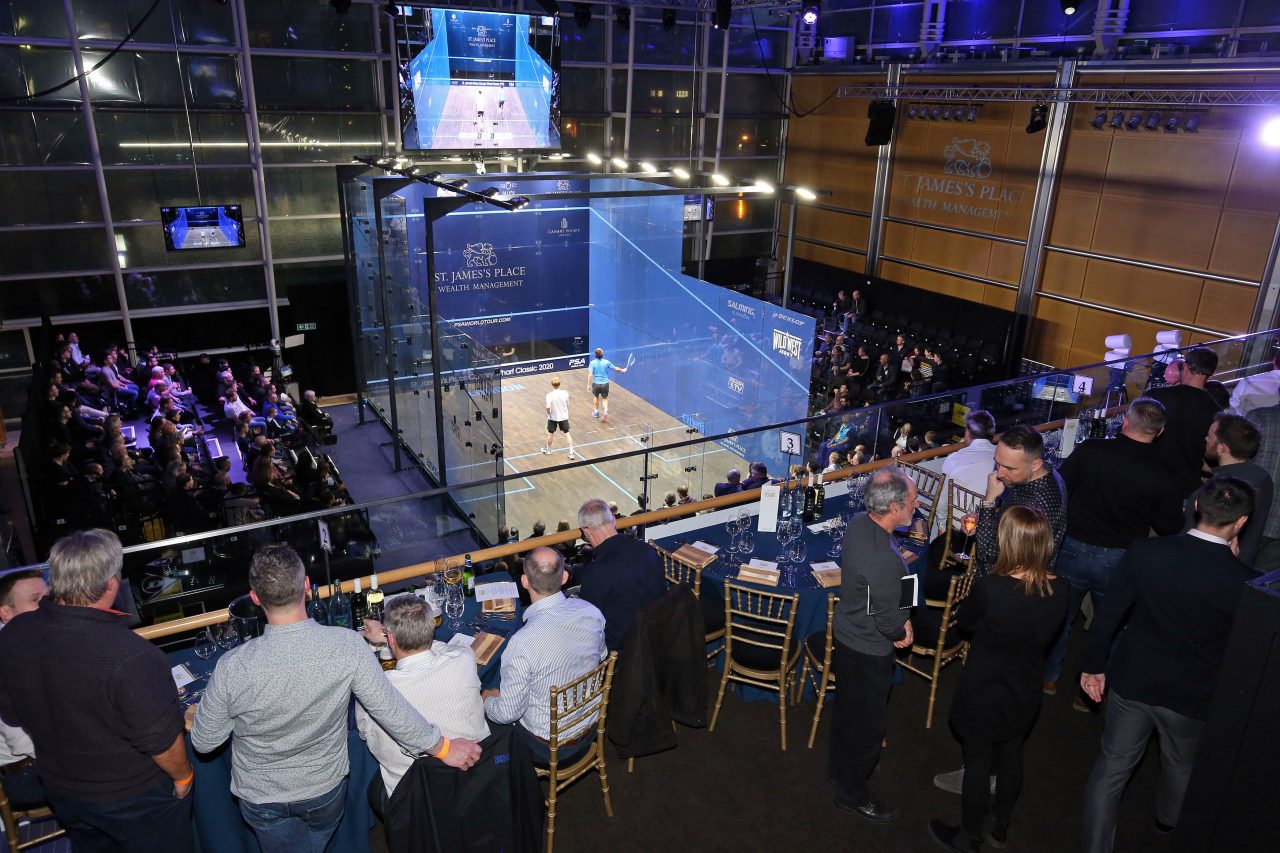 The St. James’s Place Canary Wharf Classic was the last major squash event to take place in the UK before the global lockdown

A leading UK scientist has claimed the postponed Tokyo Olympic Games cannot go ahead next year unless a vaccine has been produced to destroy the coronavirus which has forced the world to go into lockdown. By extension, one can assume this means that no international sport will be allowed to take place for the same reasons.

The new dates for the Olympics (July 23 to August 8 2021) are some 15 months away and the IOC and Tokyo 2020 local organising committee have set up a joint team to deliver the postponed Games.

However, Devi Sridhar, a Professor of Global Public Health at the University of Edinburgh, told the BBC that she felt it was “unrealistic” for the Games to go ahead on new dates in 2021 unless a vaccine has been found by then.

She said: “I had thought a vaccine would be a year or a year and a half away but we’re hearing possibly this could come sooner.

“If we do get a vaccine within the next year then actually I think that the Olympics is realistic.

“The vaccine will be the game-changer, provided it is effective, affordable and available.

“If we don’t get a scientific breakthrough then I think that (Tokyo 2020) looks very unrealistic.

“I think they’ve made the right decision in saying ‘we are going to put it back a year and re-evaluate’. Science in the long-term is going to be the way we get out of this.”

The Olympics is clearly the major global barometer for assessing the likelihood of sports events being allowed to take place again. Squash knows all too well how the rampant commercialism of the IOC has left our sport in the wilderness as “youth-based activities” like breakdancing have been included at our expense.

Huge amounts of money are at stake, but the IOC’s corporate greed must not be allowed to put lives at risk. Enormous sums of cash from sponsorship, TV rights and ticket sales are all sloshing around in the toxic IOC cauldron. All will be lost or will need to be repaid if the Games is called off again.

The PSA World Tour has extended the global ban on tournaments until August at least and PSA staff, working from home, are keeping in touch with event promoters in the hope of arranging new dates for events that have been postponed.

Any international events will require the lifting of travel restrictions and, when this finally happens, it seems logical to assume that major testing protocols will be in place at airports to check for the continuing spread of the virus. Movement will continue to be restricted to and from countries who fail to contain the virus at the same pace as others.

Allowing large (or small) numbers of people to congregate for sporting or entertainment events are decisions that will be confronted in time by local and national authorities. As with travel, strict safeguarding issues will need to be in place.

Allowing two healthy people to play on a squash court may well be a possibility within the next 12 months, assuming those individuals have passed stringent medical tests and are comfortable with the new terms and conditions in their life insurance policies, which are almost certainly being rewritten right now.

So far, progress on fighting the virus has been moderate, despite lockdowns and safe distancing slowing the spread of the disease in many parts of the world.

Containment is one thing; eradicating the virus is another.

With many businesses going to the wall, and billions of people facing long-term unemployment, an ignorant narcissist in America has been leading the calls for the world to reopen in the next few weeks.
This is where we are:
+ No vaccine to cure the epidemic
+ Inadequate testing procedures
+ Insufficient protective clothing (PPE) especially for medical staff on the front line
The vaccine could take more than a year to develop. And the advice from the scientists is this: Until the vaccine arrives, we should all continue in lockdown.