Guest Contributor May 29, 2020 No Comments on Lockdown can’t halt Lachlan Johnston and his top team Down Under 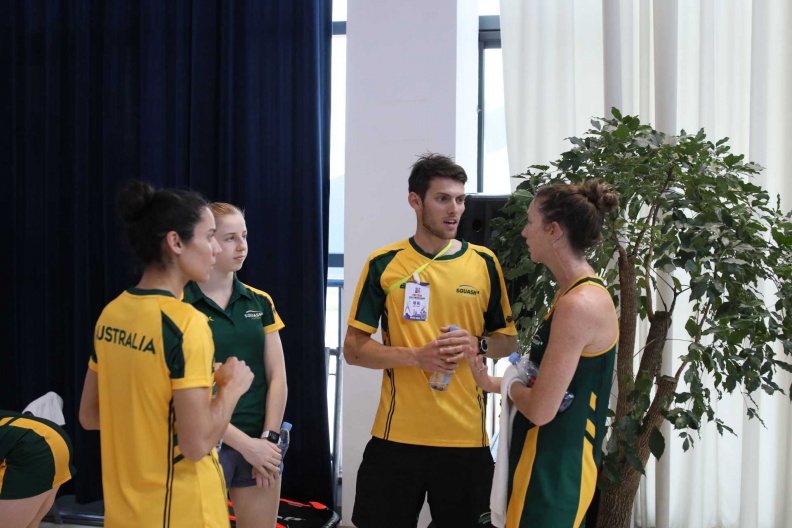 Squash in Australia came to a screeching halt in March this year due to the COVID-19 Pandemic, but it did little to slow down the momentum that the Squash Australia High Performance Program had started to build in the 10-months leading up to court closures around the country.

Squash Australia appointed Lachlan Johnston as its High Performance Manager 12 months ago and he changed the structure of Australia’s quest to develop a fresh batch of talented players to represent the country, forever.

Johnston is as competitive an individual as they come, with a background in rowing and an endless thirst for success.

When he joined the team in May 2019, he commenced building a framework to deliver a successful High Performance Program with the right team and resources around him.

The trio bought a wealth of sport and life experience to the table unlike anything that Squash Australia had enjoyed before. But 10 weeks into their journey as a team, the National Centre at Carrara was forced to close, as was every squash centre around the country.

With many of its High Performance team departing the National Squash Centre on the Gold Coast and returning home, Johnston has looked at the major successes that the Program has enjoyed that has assisted in developing its players on, and off the court.

“The last two months is the most connected we’ve had through our entire High Performance Network (through Sarah Roder), a lot of the athletes are looking at things that they can do to help develop their careers with life after squash or as a dual career as an elite athlete and working part time over the next 10 years of their squash career,” Johnston says.

“Sarah’s role has been absolutely crucial during this time and has given our players access to someone who can help them through this period and add value to what they can do when they move out of the Coronavirus period.

“If there are positives to come out of not training and not being able to progress their game in ways that they otherwise would have, I think that’s one of the key opportunities we’ve taken advantage of.”

Johnston acknowledges the upside of the High Performance Program engaging with the wider community during lockdown.

National Coach Stewart Boswell regularly conducts Zoom sessions with his players around the country, and has embraced the benefit of introducing some of Australia’s other elite players based overseas into the meetings to provide more invaluable resources and knowledge to the future stars of the sport.

The downtime has taken players away from the routine of being on court and playing in competitions.

Johnston added: “A lot of our players are more prepared now, having gone through this period of down time and forced not to consider rankings and now looking at how they are going to get to their goals (gold medals etc).

“The High Performance Program has eyes on several key milestones coming up over the next six to 24 months on the road to the next Commonwealth Games with a focus on the events in December, working towards the World Doubles on the Gold Coast next July, before the Birmingham Commonwealth Games in 2022.”

With the best team at his disposal, Johnston is laying the foundation to enable Australian athletes to have the best success possible for years to come.