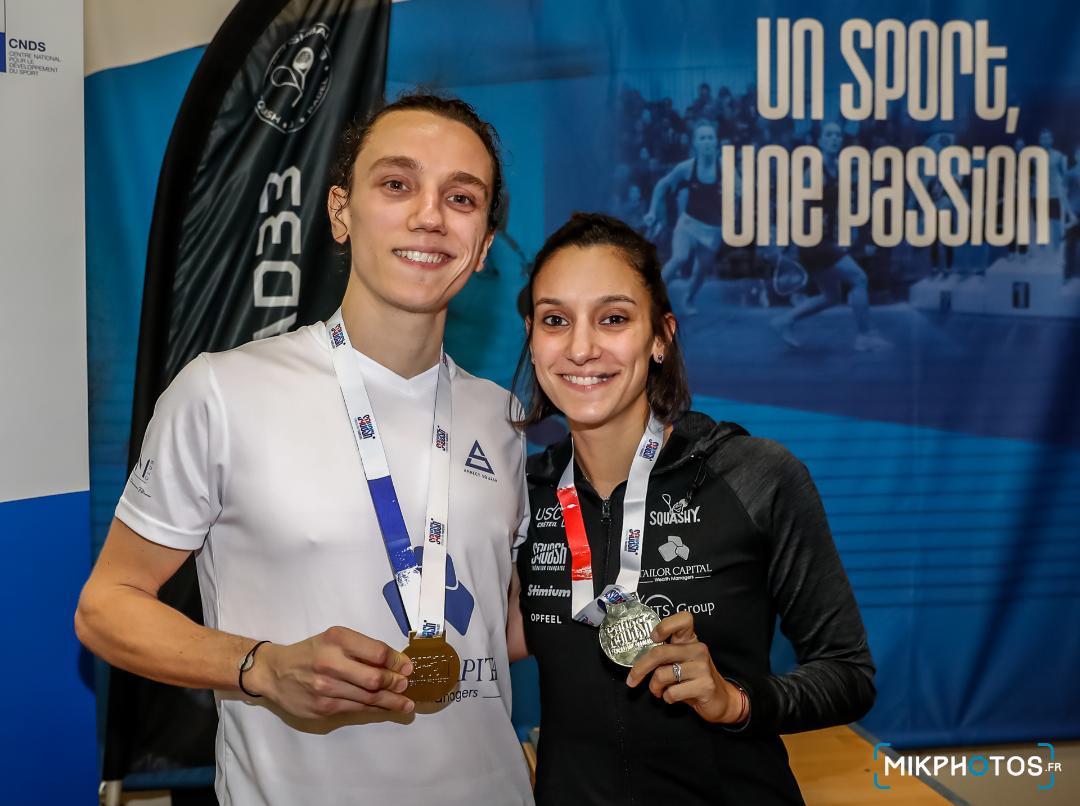 What an outcome for the Serme family at the French Nationals, which were held earlier in the week in Bordeaux. Lucas and Camille both lived up to their #1 seeding, making it the first time that a brother and a sister are crowned on the same year in the history of the event.

Lucas Serme had already won the French Nationals in 2017, but ironically it was the only time that his sister Camille had missed the event since 2004 – where she first appeared at 13 years old!

On Thursday, she prolonged a reign that has been going on more than a decade over French squash, joining Corinne Castets and Isabelle Stoehr at the top of the list with 11 titles each.

After winning a highly contested affair against Coline Aumard in the semis, world No.35 Mélissa Alves caused some trouble to Camille Serme at the beginning of the final.

“At the end of game 1, I tried to give her as few openings as possible – because she can attack from anywhere – while ceasing my opportunities,” said Serme, who will now be focusing on the Windy City Open which starts on February 27 in Chicago.

She then joined sister-in-law Anna in the stands to support her brother Lucas, who was facing final debutant Sébastien Bonmalais in the men’s.

The 22-year old from Reunion Islands took the opener 11-8, but a drop of energy allowed Serme to quickly get back into the match (11-1).

“As we could expect it was a physical battle against Seb,” said the winner. “He has amazing retrieval abilities, even more so on a bouncy court like this one. Obviously winning the third game was paramount, when I was 10-8 down I tried to make the rallies as long as possible and it paid off.

“I was number 1 seed for the first time (author’s note: Grégoire Marche, Grégory Gaultier and Mathieu Castagnet were missing), it’s never easy to be in that position and I am absolutely over the moon to win my second national title. Sharing it with my sister is the cherry on top!”