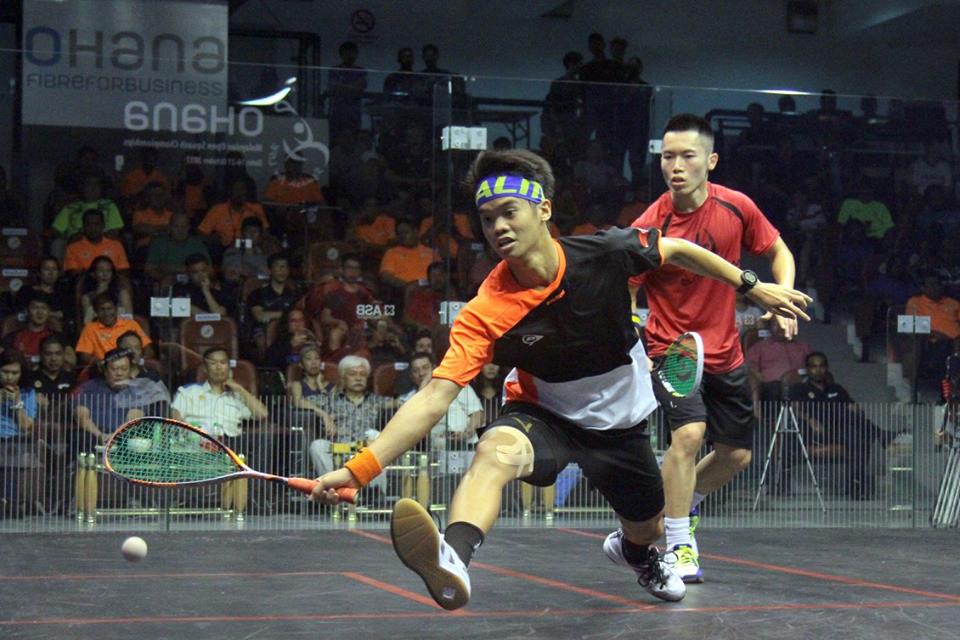 ‘Players are having their temperature taken – over 37 degrees and you are sent home’
By ALAN THATCHER and ALEX WAN (First published on February 7. Updated on February 12)

The outbreak of coronavirus in China has led to the postponement of the Macau Open and the Hong Kong Perrier Challenge. Sports events across Asia have been affected but the Asian Team Championships, scheduled for Kuala Lumpur from March 25-29, is still on the calendar.

In Singapore, many clubs are taking the temperature of players as they enter the premises and refusing admission if it is above 37 degrees.

With the number of infected individuals expanding slowly across the planet, the PSA issued the following statement concerning the forthcoming events in Macau and Hong Kong:

“After careful consideration and extensive discussions with tournament organisers, the Professional Squash Association (PSA) can confirm that the Macau Open – a PSA World Tour Bronze event originally scheduled to take place at Tap Seac Square between March 18-22 – has been postponed due to the outbreak of the coronavirus.

“The PSA and tournament organisers are currently in discussion to find a suitable date for the event and a further announcement will be made in due course.

“The Perrier Squash Challenge Cup, PSA Challenger Tour event – scheduled to take place in March in Hong Kong – has also been postponed until later this year.”

Alex Wan, Squash Mad’s Asian Bureau Editor based in Singapore, has felt the effects both at work and in local squash clubs.

He wrote: “The coronavirus is affecting my squash! All of my Chinese staff are on leave of absence. Those who went back for Chinese New Year have been told to stay at home for 14 days upon their return. So the workload has been crazy for the rest of us.

“As far as clubs go, there is no official ban in place. However, in many sports clubs, your temperature is taken and if you are above 37 degrees, you are not allowed into the premises.

“I’m not sure about China itself, but I can imagine most top athletes will not be showing up for training.

“I sent Hong Kong international Leo Au a text to see what was happening back home, and asking if training was still on. He replied saying that ‘Training is still on as usual, but players can choose to stay home.’

“As for my personal take, the key message I think is the timing of Chinese New Year. As of today, there are 30,000 China nationals yet to return home from Chinese New Year holidays. They will ALL be put under quarantine or Leave of Absence (home quarantine) for 14 days.

“Singapore has also banned all inbound China travellers – regardless of nationality. There are approximately 250,000 travellers from mainland China to Singapore each month.”

Yesterday, a third case of coronavirus in the UK was confirmed on an individual who had returned home recently from Singapore.

On Friday, the alert level was raised to ORANGE (next is RED being highest) – all social activities and gatherings in schools have been postponed to after March (pending conditions then). The virus has  now officially been renamed as Covid-19,
A Squash Ball slated for 16 March which had to be cancelled too – it was to raise funds to build an interim centre when the Kallang National Centre courts will be torn down.
The Singapore National Champs have also been cancelled and Singapore has pulled out of the SEA (South East Asian) Cup event in Bangkok.
Tanglin Doubles, which was to start on Thursday, has also been called off.
I think it’s only a matter of time before they postpone the Asian Teams and SEA Cup.

Looking further ahead in other sports, the Chinese Grand Prix, scheduled for April 19 in Shanghai, has already been postponed.

The tournaments are the Perrier Challenge in Hong Kong on March 4-8 and the Macau Open on March 18-22.

The governing body have informed the players and the various national squash associations on the postponements of both events.

Squash Racquets Association of Malaysia (SRAM) director Mejar (Rtd) S. Maniam said: “I believe both the Hong Kong and Macau events will be postponed due to the outbreak.

“When I spoke to Hong Kong Squash, I was under the impression that the staff are now operating from home and have been taking full precautionary measures.

“As for Macau, I believe it is not just the Macau Open, but all international sporting events will also be called off for the time being.”

The Perrier Challenge, a PSA Challenger 10 event, is an ideal platform for up-and-coming players to gain ranking points.

The Macau Open, a PSA World Tour Bronze event, is one of the major events in Asia.

Malaysia’s men’s national No.1 Ng Eain Yow and Ivan Yuen, along with Low Wee Wern, Rachel Arnold and Aifa Azman, had been registered for the Macau event.

Meanwhile, Maniam affirmed that the Asian Team Championships, scheduled for Bukit Jalil from March 25-29, will proceed as planned.

“We’ve already received the entries. I’m not speculating too much, but as of now, we’ll still be carrying on with the Asian Team event,” Maniam added.

There are eight confirmed coronavirus cases in Malaysia as of yesterday, while Hong Kong and Macau have 14 and seven cases respectively.

NOTE: If any readers have been affected by the coronavirus, please comment below.