Alan Thatcher January 9, 2019 No Comments on Marwan falls to Mango on Mumbai return 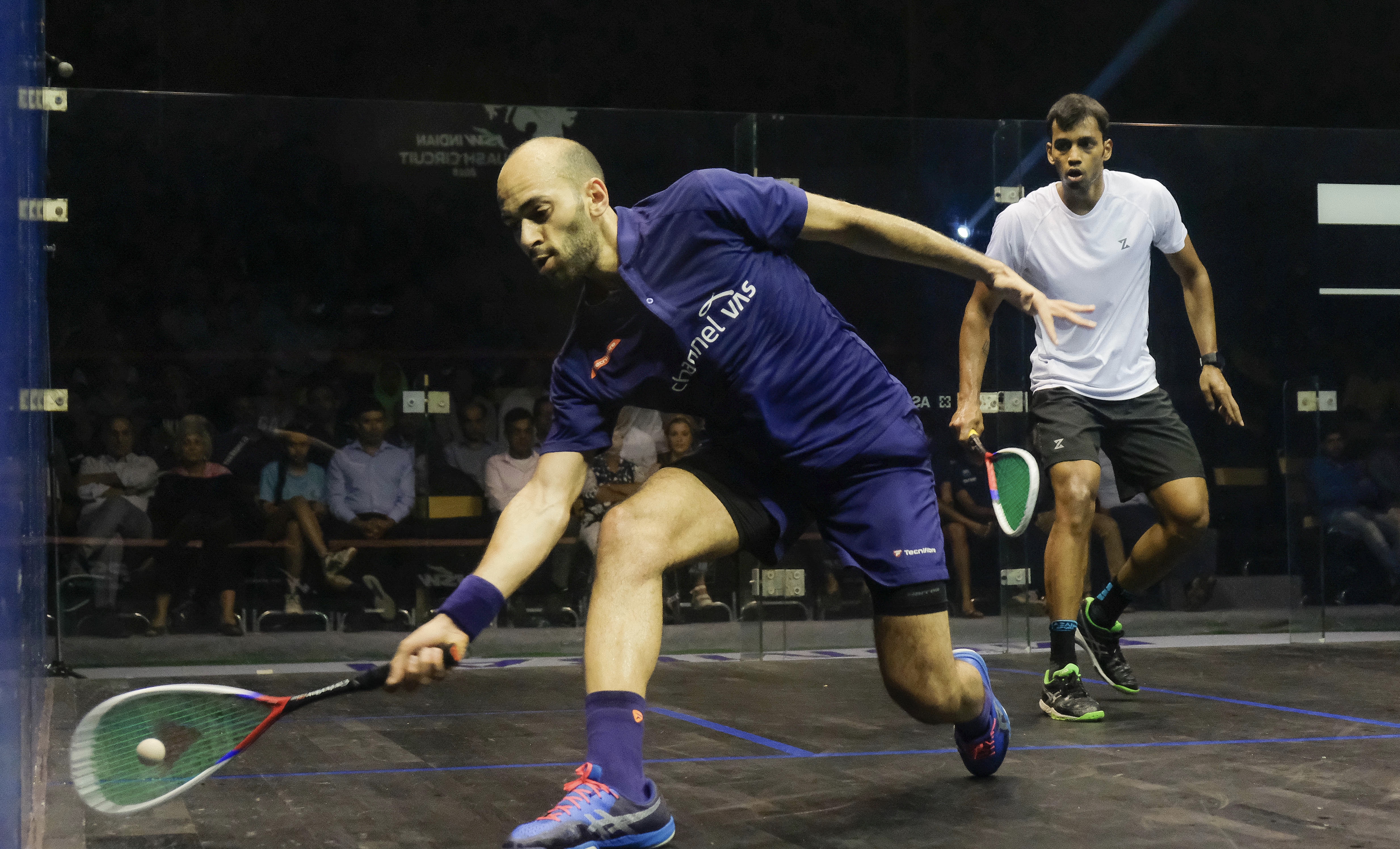 India’s World No.66 Mahesh Mangaonkar caused a big upset in the second round of the CCI International PSA Silver tournament after he defeated number two seed Marwan ElShorbagy in straight games.

The Indian played some of his best squash to record a big win on home soil. ElShorbagy held game ball in the third as he made his return to competitive play after an enforced break through injury, but Mangaonkar played fearless squash to win 11-9, 14-12, 12-10.

This stunning victory booked his place in the quarter-finals where he will now face England’s former World No.1 James Willstrop after he defeated Mangaonkar’s compatriot Vikram Malhotra in straight games earlier in the day in just 27 minutes. 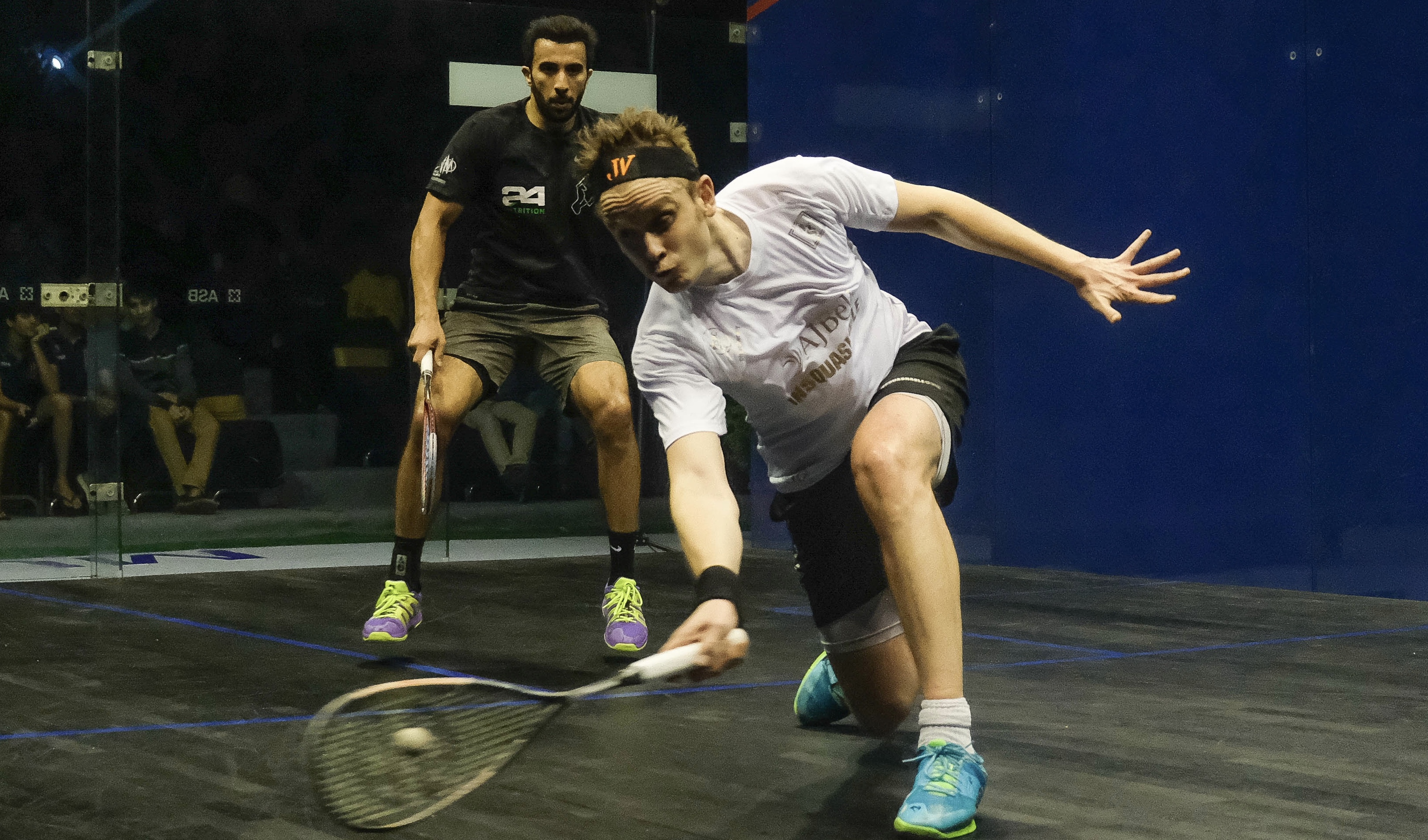 Indians Ramit Tandon and Saurav Ghosal join Mangoankar in the next round and will face each other after they recorded wins over England’s number eight seed Tom Richards and Egypt’s Mohamed Reda, respectively.

World No.12 and Indian No.1 Ghosal is aiming to defend his title after defeating ‘Swiss Rocket’ Nicolas Mueller in the final last season. However, Mueller will not get a chance to avenge that defeat after he lost out to Spain’s Iker Pajares Bernabeu in a shock defeat.

World No.67 Bernabeu will take on World No.4 Tarek Momen for a place in the semi-final, after the top seed came from a game down to overturn Egypt’s Youssef Ibrahim – who has been enjoying a strong season.

Egypt’s Fares Dessouky made his long-awaited return to PSA action following a 14-month injury lay-off after he impressed with an 11-7, 11-5, 11-6 win in 34 minutes against England’s Ben Coleman.

Dessouky comes up against compatriot Karim El Hammamy in the quarter-finals after he survived a comeback from Egypt’s former World No.3 Omar Mosaad to win a mammoth 87-minute five-game battle. 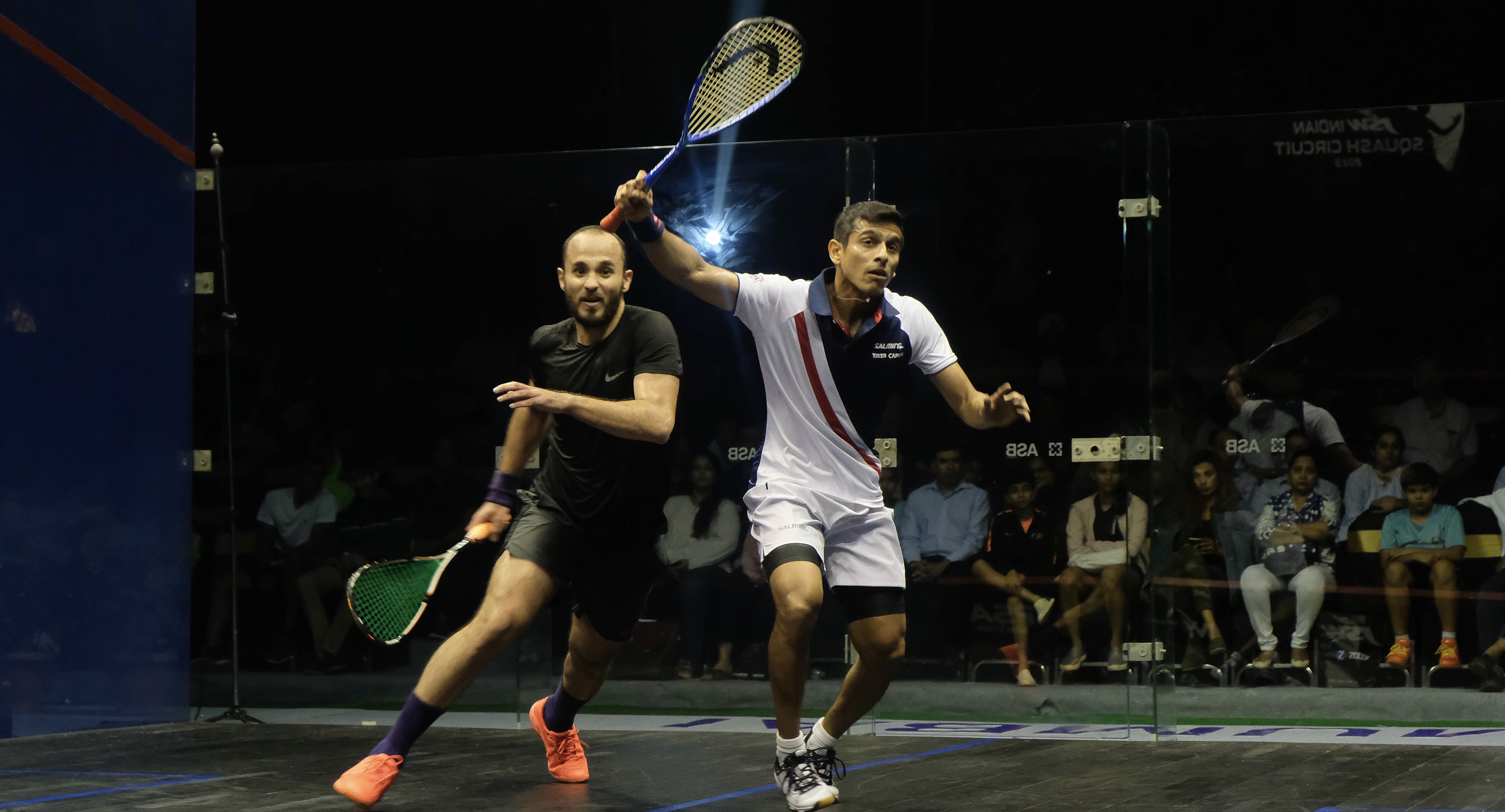 Saurav Ghosal on the attack against Mohamed Reda

You can watch live streaming on the tournament’s YouTube channel.