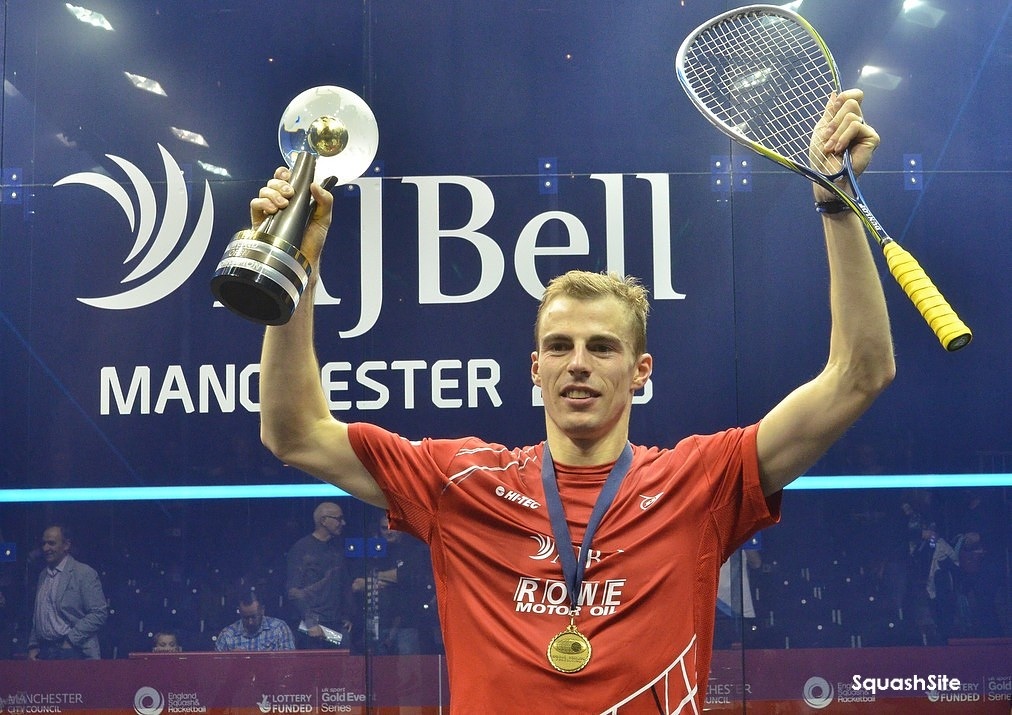 Nick Matthew has said he could gladly retire now after his stunning 3-2 victory over Gregory Gaultier in the World Championships final.

The victory makes it a hat-trick of wins in the tournament for Matthew, and there’s no place he would have rather done it than it front of a rowdy, raucous home crowd in Manchester.

The Englishman led 7-3 in the third too, but Gaultier fought back this time to earn three games balls at 10-7.

Matthew saved them all, got himself a match-ball at 11-10 but Gaultier took it 13-11 to extend the match.

The Frenchman was playing sublimely as he took the fourth 11-7 to force a decider, but Matthew quickly opened up a lead in the fifth as Gaultier simply ran out of gas.

The end came quickly, just 7 minutes for the last game out of the 111-minute total, and Matthew was flat on his back celebrating a third world title.

“The crowd….wow,” he said, before a 15-second wait for their raucous cheering.

“…Apart from the five or six French people.”

“Me and Greg played in France earlier this year and I never thought I’d see an English crowd as partisan as the French were but today you did that, and thank you so much.”

“I could gladly retire tomorrow. I won’t do – but I could do. It’s the stuff of my wildest dreams.”

The win will be sweet revenge for Matthew after his comprehensive 3-0 defeat at the hands of Gaultier in the US Open just over two weeks ago.

Speaking on this, Matthew said: “He gave me a lesson, didn’t he? He charged me 50 Euros at the end of it!

“I tried to learn my lessons today, and it was tough, such a mental battle. Physically of course you can see, but what people don’t see is that mental chess – that mental torment.

“I need a month off after that!” 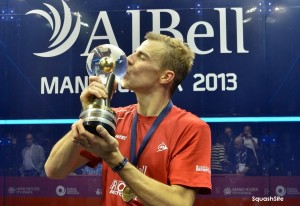 The Egyptian will leave Manchester looking to find ways to protect his fragile body.

Gaultier will fly back to France reflecting on another major trophy that slipped beyond his grasp.

“I’ll keep trying to get the title, but yes, very disappointed,” said Gaultier, ” I really thought I was going to win this one. But Nick played well, he did his job.

Matthew was obviously ecstatic: “In my wildest dreams, I would have never thought I would get three world titles. I know that Greg is really feeling down right now, but he is younger than me, and he’ll have his chance…”

The 111-minute triumph, fittingly the longest match of the championship, means that the 33-year-old world number four from Sheffield joins a select and distinguished group of players – Australian Geoff Hunt; Pakistanis Jahangir Khan andJansher Khan; and Egyptian Amr Shabana – who have three titles to their name.

Gaultier, the world number two from Aix-en-Provence, also becomes a member of a notable trio of fellow former world number ones – including Pakistan’s Qamar Zaman and Australian Chris Dittmar – who have been finalists four times but have never won the title!

Matthew went into the match 2/1 ahead of his opponent in previous meetings in the World Championship, but 10/15 down in career-long Tour clashes. It was their seventh Tour encounter of the year – the most recent being the US Open final just two weeks ago when Gaultier crushed the Englishman in straight games.

FLAT OUT: Nick savours his moment of glory