Messages of congratulations have poured in from squash lovers across the world, many of whom played in or watched the British Open tournaments masterminded by Shelley at Wembley Conference Centre during squash’s golden age.

Shelley has worked in squash for over 40 years and served as WSF Chief Executive between 2010-2019.

He began working in the sport in 1976 at the Squash Rackets Association (now England Squash), eventually becoming the association’s Operations Manager. Shelley left in 1994 to join the Women’s International Squash Player’s Association (WISPA), where he remained for 15 years before taking on his role at the WSF.

Since leaving WSF last year, Shelley has launched the World Squash Library, a resource which contains in-depth information about the history of the sport.

“It was a huge surprise that I was nominated for simply working for 40-plus years in a sport I love,” said Shelley.

“That said, I am truly humbled to have received this honour which, in all honesty, should be split up and apportioned to my wonderful colleagues over the years who have managed to elevate me to a level of vague competence. I wouldn’t change a moment of my time working for SRA, WISPA and WSF, even with the disappointment of our non-selection onto the Olympic Games programme.

“I look forward to many more years as I develop the Squash Library. For now though, it is a wonderful end to the year from hell, and I look forward to celebrating with my family when restrictions are eased here.”

Shelley’s award came on the day he announced a new partnership between the World Squash Library and SquashInfo, designed to consolidate the history and records of the sport.

First unveiled in 2004, SquashInfo was designed to be the definitive online squash resource – uniquely providing digitised and searchable records of the world’s leading players and events in one place.

In addition to the established PSA World Tour, and World Championships managed by the World Squash Federation, the site also covers the leading events run by the world’s regional and national federations.

In partnership with WSL, the site has recently posted detailed results of all senior and junior World Championships, both individual and team – including the World Amateur championships which took place in the 60s and 70s before the sport went ‘Open’.

Shelley has worked for over 40 years in the sport, including 15 as Chief Executive of the Women’s Professional Tour before taking up the same role for the World Squash Federation until 2019. 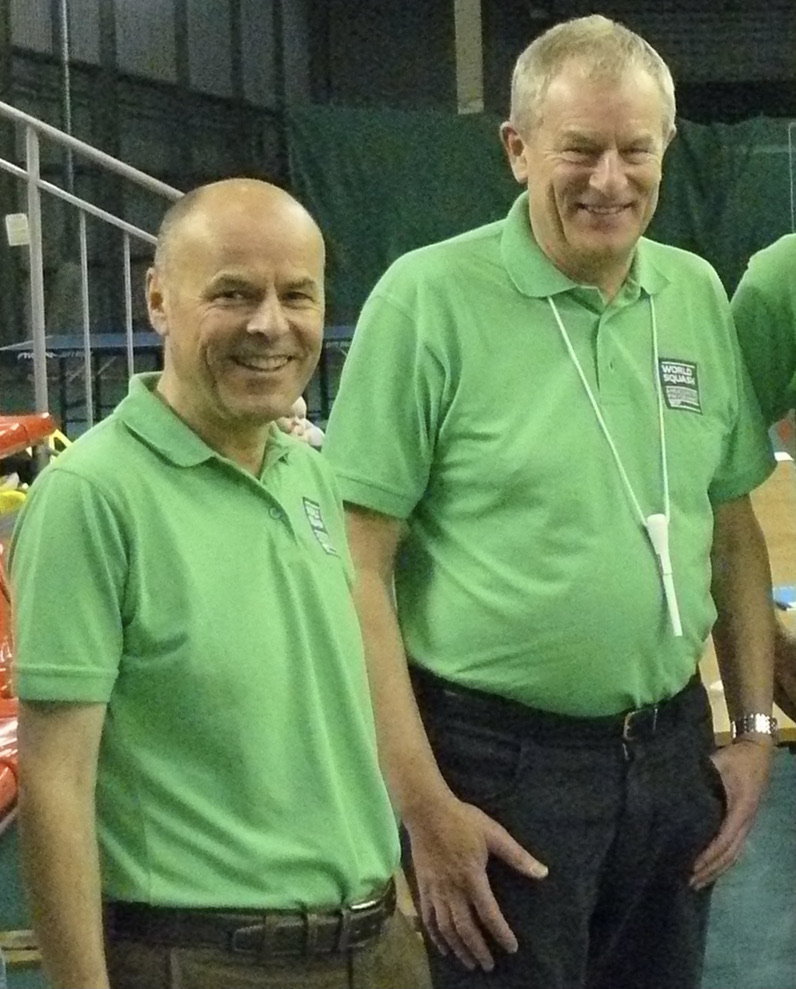 He has wanted to ‘give something back’ to the sport by collecting and preserving the history of the sport – books, magazines, handbooks, photos, videos – with free access to ensure that future generations will have it, as well as answering questions now.

“It makes perfect sense for SquashInfo and the Squash Library to partner up, as we already work closely together linking the online results and playing records with the Library’s archived information,” said Shelley. “The entities complement each other so well.”

The intention is that SquashInfo and Squash Library will continue to operate separately, but closer together – sharing data whilst also providing an opportunity for commercial supporters to come on board to help fund the services.

Harding, whose association with squash stretches back to the mid-80s, recognised the need for SquashInfo after taking on the role as World Media Director for the WSF, Professional Squash Association (PSA) and the then Women’s International Squash Players’ Association (WISPA) in 1996. Designed by his son Charlie, then a student and now an Anaesthetic Fellow in Melbourne, the site soon became an invaluable worldwide resource.

“For too long the management of SquashInfo has been a ‘one-man-band’ operation,” said Harding senior. “I now very much look forward to the site growing and moving forward, in partnership with Andrew and the Library. The new relationship will also ensure SquashInfo’s long-term future.”

Whilst current information is freely available to all-comers, SquashInfo is primarily a subscription site – with subscribers around the world currently having access to the site’s full records.

“One focus of the new partnership will be an expansion of the subscriber levels, particularly to recognise the needs of national and regional federations,” added Harding.

For the World Squash Library, please visit www.squashlibrary.info – and for SquashInfo, go to www.squashinfo.com

Previous articleCoping with Covid: What the squash world needs now is love, sweet love, to keep the game alive
Next articleSabrina Sobhy makes history with three Americans in top 20 for the first time

World squash events held over from 2020 are cancelled By ALAN THATCHER - Squash Mad Editor Squash is suffering a hangover from 2020 with major events...
Read more

Squash is in limbo, waiting for the moment of truth By ALAN THATCHER - Squash Mad Editor With lockdown in various parts of the world set...
Read more
Facebook
Twitter