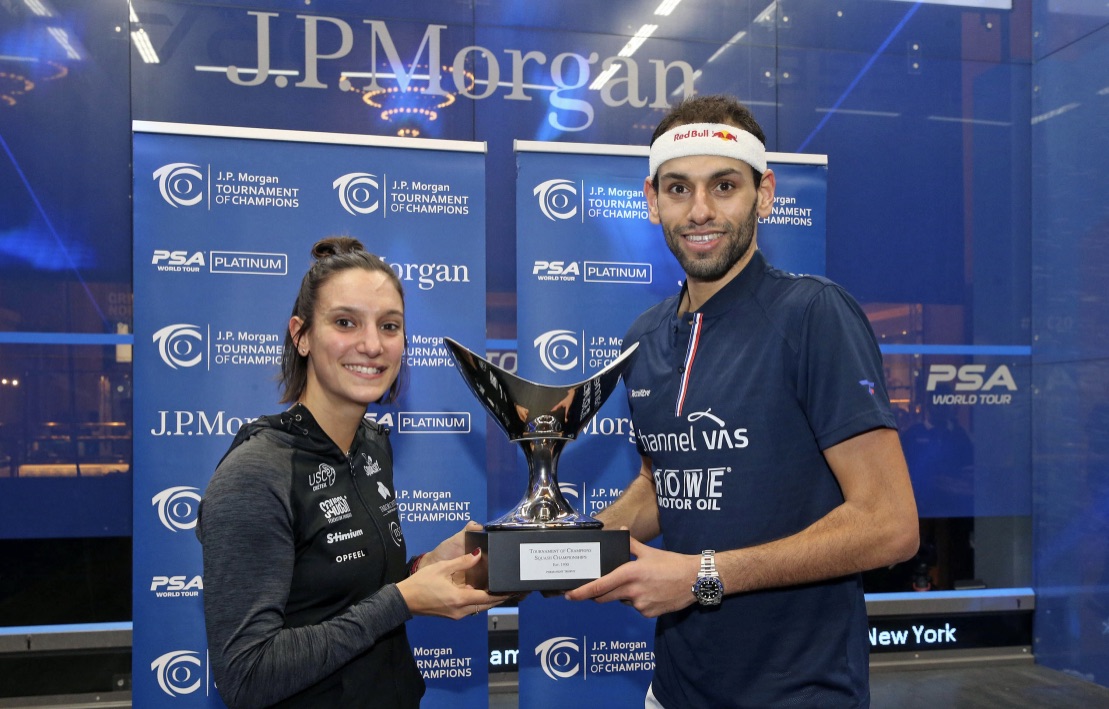 After taking the spoils at the J.P. Morgan Tournament of Champions in New York City, both Camille Serme and Mohamed ElShorbagy have booked their places at the season ending PSA World Tour Finals 2019-20 in June.

The pair lifted the first titles of the new decade in Grand Central Terminal, with both players defeating the current World Champions in their respective finals, as Serme overcame Nour El Sherbini, while ElShorbagy got the better of Tarek Momen.

Players can qualify for the World Tour Finals automatically by winning any of the PSA World Tour Platinum events across the 2019-20 season, with five other players already having secured their place.

In the women’s field, the Egyptian duo of Nouran Gohar and Nour El Sherbini are automatically in, having won the FS Investments U.S. Open Squash Championships and the CIB PSA Women’s World Championship, respectively.

Along with those that automatically qualify, the players that accumulate the most points from their results across the season, will take the other places, with eight men and eight women playing for the final title of the season at the World Tour Finals.

As it stands, along with the four Egyptian men that have already qualified, New Zealand’s Paul Coll is in the same bracket of points, while Welshman Joel Makin, Egypt’s Marwan ElShorbagy and German No.1 Simon Rösner round out the top eight.

India’s Saurav Ghosal, Peruvian Diego Elias and the Egyptian trio of Mazen Hesham, Zahed Salem and Mostafa Asal are all in contention for those final places.

World No.1 Raneem El Welily leads the way in the women’s standings, despite having not won a Platinum event in 2019-20. Compatriots Nour El Tayeb and Hania El Hammamy, along with New Zealand’s Joelle King and English No.1 Sarah-Jane Perry fill the rest of the top eight spots.

US No.1 Amanda Sobhy, Egypt’s Salma Hany, Indian Joshna Chinappa and England’s Alison Waters are in close order behind Perry for the top eight placings.

The next chance for players to automatically qualify for the season-ending PSA World Tour Finals 2019-20 will be at the Windy City Open 2020 presented by the Walter Family, held in Chicago between February 27-March 4.

Following that, there is the Concord Mall Black Ball Women’s Squash Open, El Gouna International Squash Open and the Allam British Open, three more chances for places to be sealed. 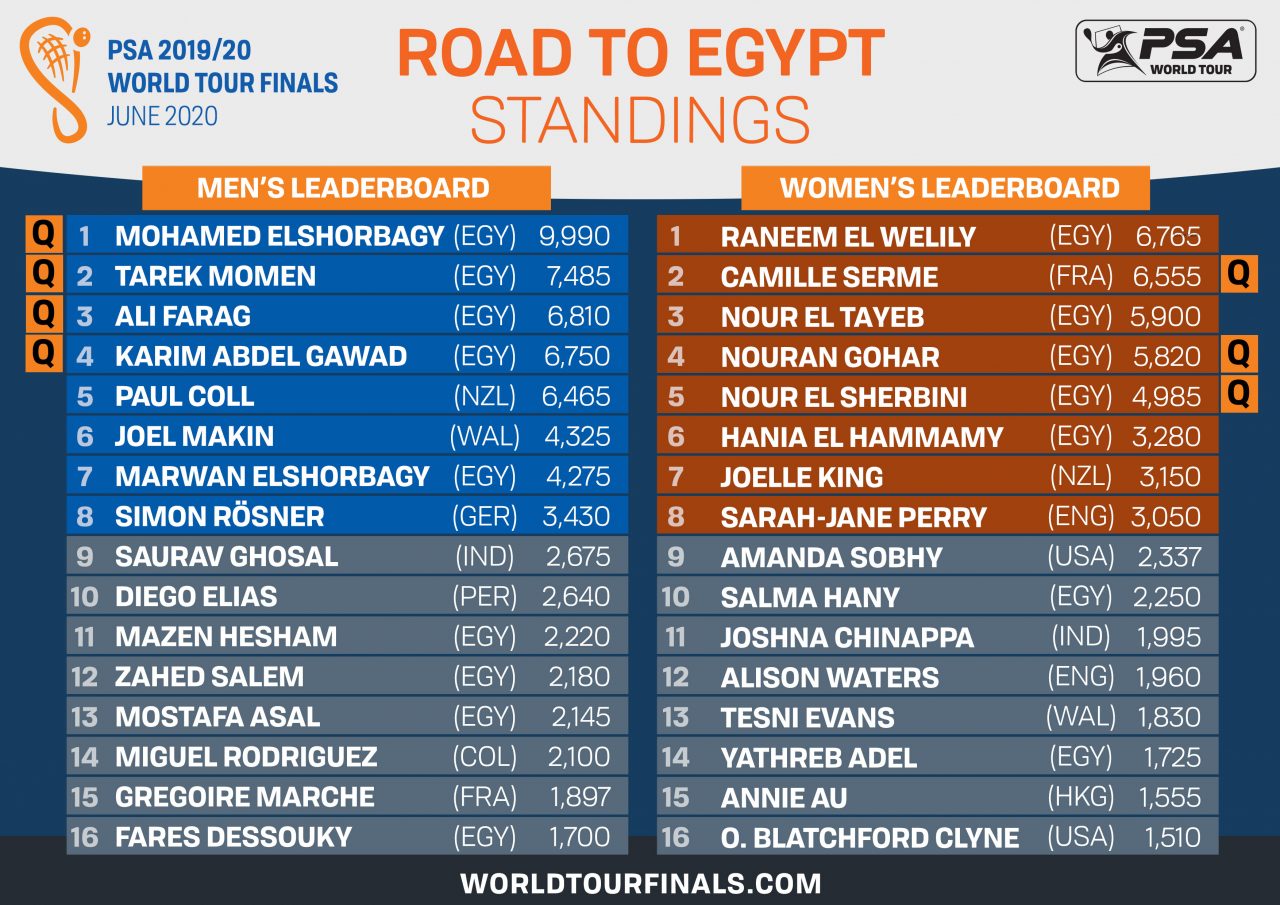