Mohamed ElShorbagy and Nour El Sherbini the pride of Egypt

Alan Thatcher June 9, 2018 No Comments on Mohamed ElShorbagy and Nour El Sherbini the pride of Egypt 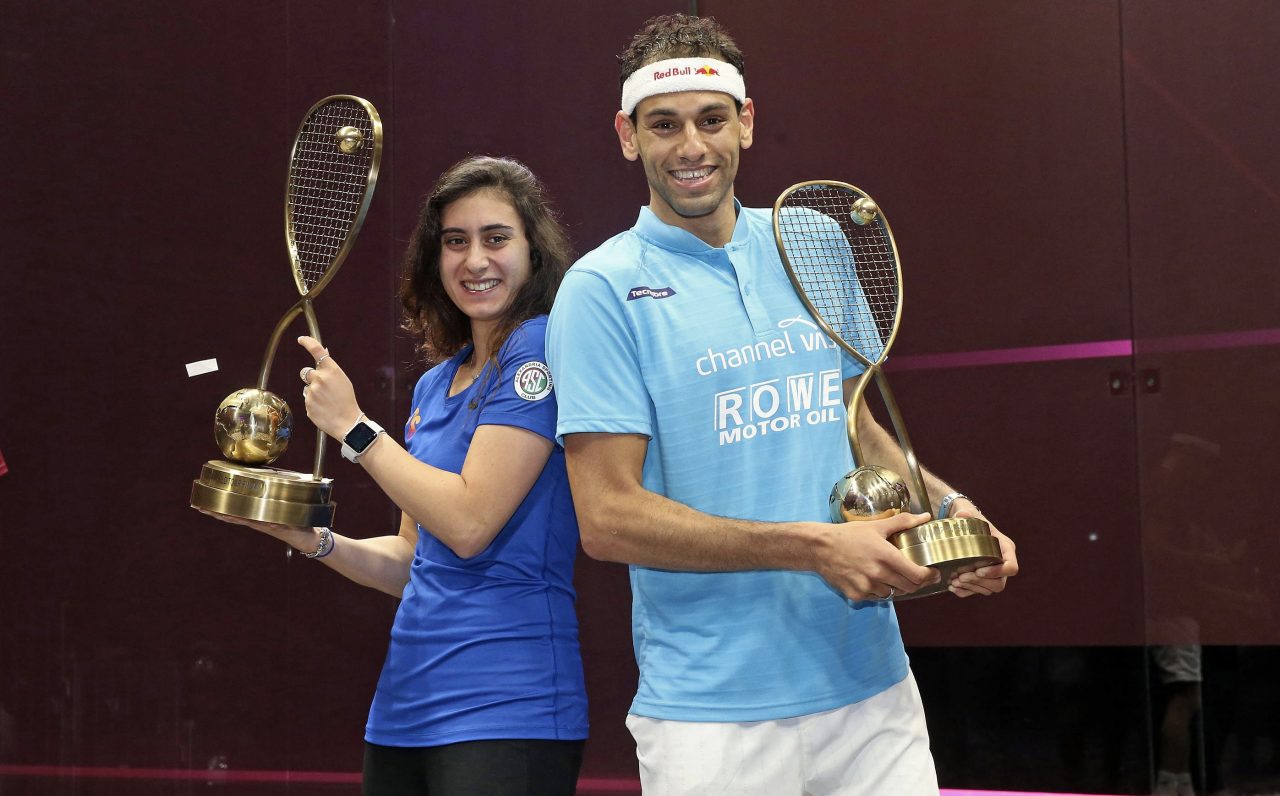 Overcoming compatriots Ali Farag and Raneem El Welily, both world No.2, ElShorbagy and El Sherbini etched their names onto the trophies to bring the curtain down on what has been one of the most competitive and thrilling seasons in the history of the PSA World Tour.  ElShorbagy successfully defended the title title he won 12 months ago and El Sherbini claimed the coveted crown for the first time in her career.

In what was the tournament’s third consecutive staging in Dubai, it was Farag who started stronger against ElShorbagy in the men’s final to take the opening game as he looked to exploit the tired legs of ElShorbagy – with the 27-year-old from Alexandria having reached 12 finals from 14 events played during the campaign.

But ElShorbagy showed just why he’s know as ‘The Beast’ on tour as he showed tremendous fighting spirit to level the match before prevailing in a physically punishing third game to set up the platform for victory – which sees him end the season as World No.1, World Champion and World Series Finals champion.

“It’s been an amazing week here in Dubai,” said ElShorbagy. “There have been some great matches all week and I’m very proud to have been part of this event at the end of the season and to have won it.

“Ali and I have played so many battles this season and I’m happy that we managed to end the season playing against each other – he’s a great guy and great player and I look forward to being back on court battling with him again next season.” 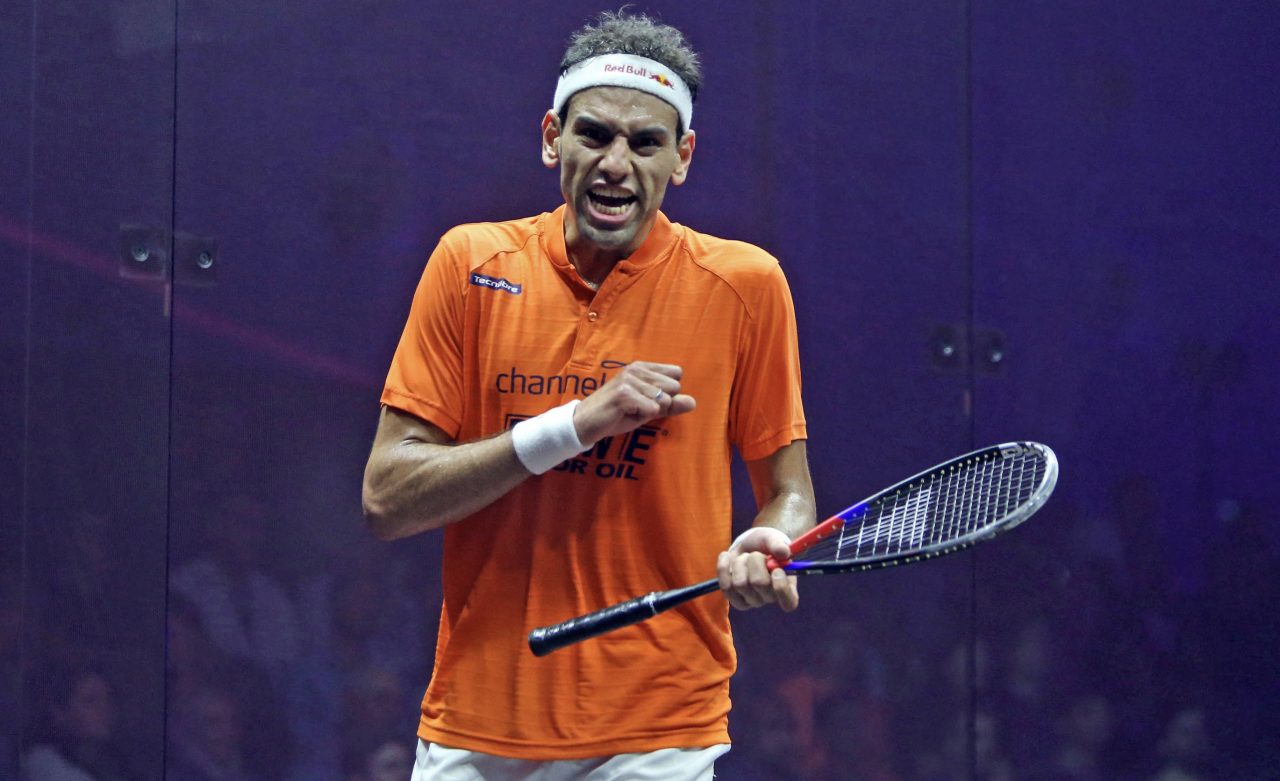 After the match Farag said: “Mohamed has been proving day in and day out that he is the best player in the world. Every time I feel like I match him, he keeps fighting back – I will work hard over the summer to try and match him next season.”

El Sherbini, the 22-year-old from Alexandria who has occupied the World No.1 position unchallenged for the past 26 months, underlined her dominance over the rest of the field as she swept El Welily aside in a one-sided 11-3 opening game.

El Welily, who scalped El Sherbini to win the 2017 World Championship final, managed to find her footing in the second game but it proved to be in vein as El Sherbini regained the upper hand to move 2-1 ahead, before controlling the fourth game to seal the win courtesy of an 11-5, 9-11, 11-8, 11-5 scoreline. 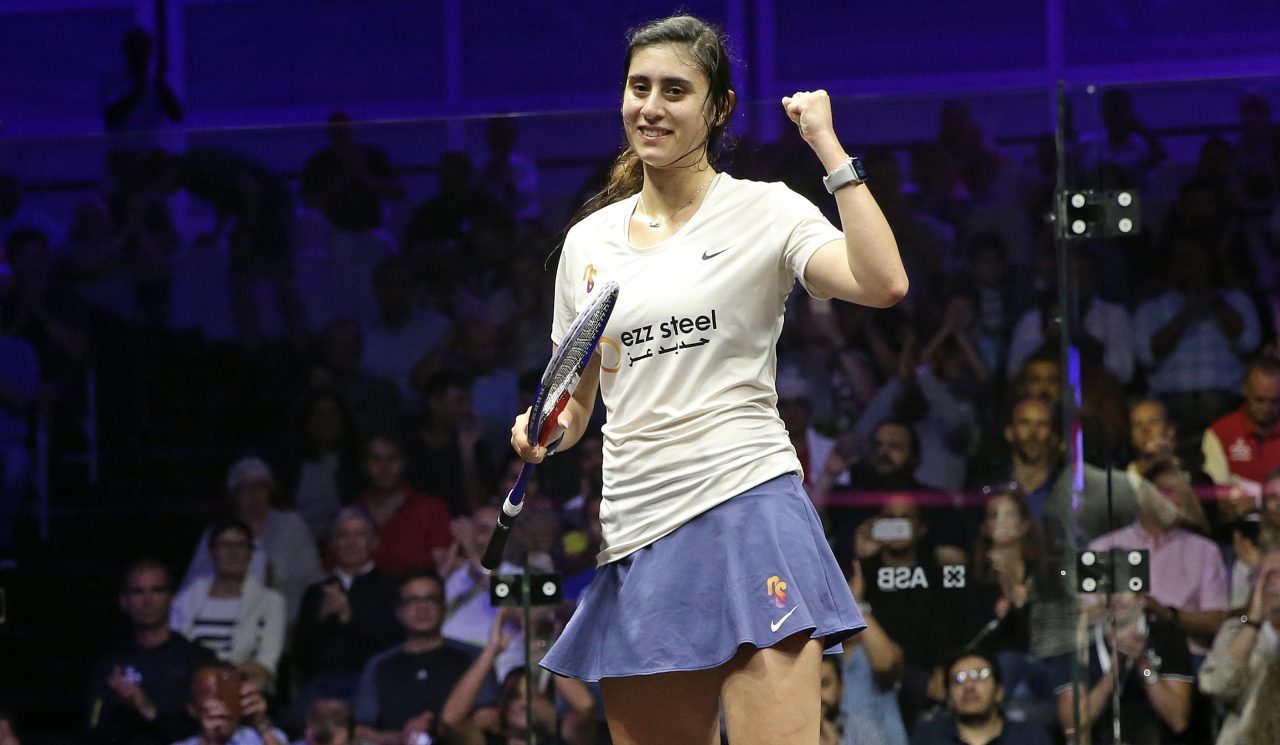 “It feels amazing to have won this title,” said El Sherbini. “I was proud just to be one of the eight players who came here. It’s been a long season so I’m really proud and happy to end the season with this title.

“This season has been one of the most successful of my career but there are still improvements to be made and I can still become a better player.

“Raneem and I keep playing each other and battling against each other on court, but we both go to Russia together in just a few days to cheer on Egypt in the World Cup. It’s difficult when you play against the same player so many times.”

El Welily said: “All credit to Nour tonight. She played very well. I was maybe a little slow and not at my best on court. I’m happy with my week and my season but there are certainly things to work on over the summer. Hopefully next season will be even better.”