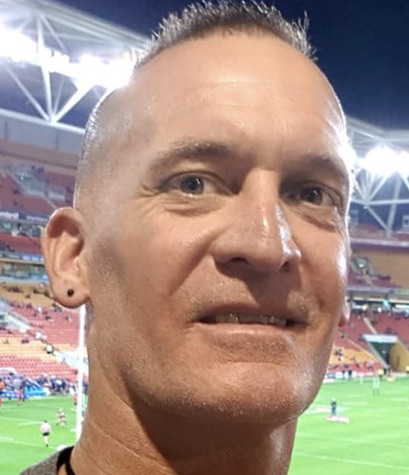 Build it and they will come was certainly a relevant clarion call when it came to the New Zealand Squash Open held last week in Tauranga.

After being starved of top-level pro squash for 30 years, the squash community of New Zealand came from every single corner of the country and offshore to get in on the party, and my oh my, it was just that.

Credit must go to event director extraordinaire Wayne Werder and his vast band of helpers who turned on more than a spectacle. He cannot be ignored for his significant contribution to this world-class effort; getting what he produced to happen was nothing short of magnificent!

There’s massive excitement among young and old fans who are already talking about returning to Tauranga to support the World Men’s Teams Event in December 2023 at the same venue to coincide with the Oceania Junior Champs.

Personally, I flew up from the Deep South from Dunedin with my 15-year-old daughter to watch the event and play in one of the many draws at the Devoy Squash and Fitness Centre that took place alongside the pros’ main event at Trustpower Park during hours that did not clash.

It was an event that featured the who’s who of the NZ squash community, people that I had not seen for decades, people I grew up with during my junior years, young current up and comers, past legends, club enthusiasts I had crossed paths with at some stage, and people from all parts of my 40-plus years of involvement in the sport.

The excitement did not stop, both on and off the court. There was not enough time to stop and take it all in. It was without a doubt an extravaganza of squash!

There were Squash NZ Hall of Fame inductions, reunions of the 90s players, and several other external celebrations added on at the same time to contribute to what was an event on steroids, non-stop action, excitement, and fun all the way!

Talking to the pros, the special ingredient was a combination of success factors; Tauranga itself is a great place to hold any event with attractions such as good weather, its proximity to New Zealand’s largest city, Auckland, the iconic Mount Tauranga that many of the pros took selfies from after they climbed it, the world-class golden sand beaches, and the general vibe of the place that always makes one feel good.

A huge amount of pressure was riding on the shoulders of home heroes Paul Coll and Joelle King. After flying the flag in all manner of promotional activities, they battled their way to the final of the Nations Cup before turning their attention to personal prestige in the New Zealand Open that followed.

They were both loudly and generously supported by the packed crowds all week, and each had numerous family ands friends in the bleachers every day.

Paul even mentioned one day that “only five people are left in Greymouth” because it seemed like the whole town was in the arena cheering him on.

In the event, Joelle went through the whole fortnight unbeaten and in each final Paul came up against an opponent in Mohamed ElShorbagy who is not only happy pulling on the England shirt after switching nationality from Egypt, but he is also playing a devastating brand of attacking squash.

Yes, even the Kiwis cheered, especially after one phenomenal rally in the final against Paul that lasted longer than some entire games in the Nations Cup the week before.

The venues were world-class, the Devoy Centre having one full-time glass court and several glass backs with a team experienced in holding world-class events, and the Trustpower Arena with the all-glass court was set out to benefit the fans from all angles who filled the place during the NZ Open.

Let’s not forget the people. Kiwis in general are a kind, welcoming, friendly bunch and this transpired in abundance throughout the Festival of Squash. It was apparent that they were up for watching all levels of the pro matches.

It didn’t matter who played whom, they were there supporting in numbers, rather a unique experience compared to other stops on the world tour where fans often disappear if fellow country reps are not featuring in a match –  the Kiwi fans certainly got behind each and every player!

The crowd was hyped at all times creating a similar buzz to Rugby Sevens, T20 cricket, and a Fast5 netball type of environment.

It was truly incredible to be part of and the question is, is this a catalyst for the future of the game where crowds are given the opportunity to have a festive approach, be more engaged in what’s going on in and out of the court, yell out from the top of their lungs in support for their player, dance in the aisles to their favourite tune, yell their thoughts at the ref on the officiating decisions, drink more than a few beverages throughout the matches, and all in all be engaged throughout the contests?

If so, bring it on. By all accounts, this is a major factor that made this incredible event a raving success with all and sundry. Every single spectator seemed to be 100 per cent engaged.

Everyone who attended bar none was happy and joyous, seemingly letting go of all of their day-to-day life stuff and fully engaging with the festivities of the Festival of Squash. It was a place of pure happiness.

The Trustpower Arena was party central, and the New Zealand squash community was buzzing.

Bring on the bigger and better 2023 version, I say!