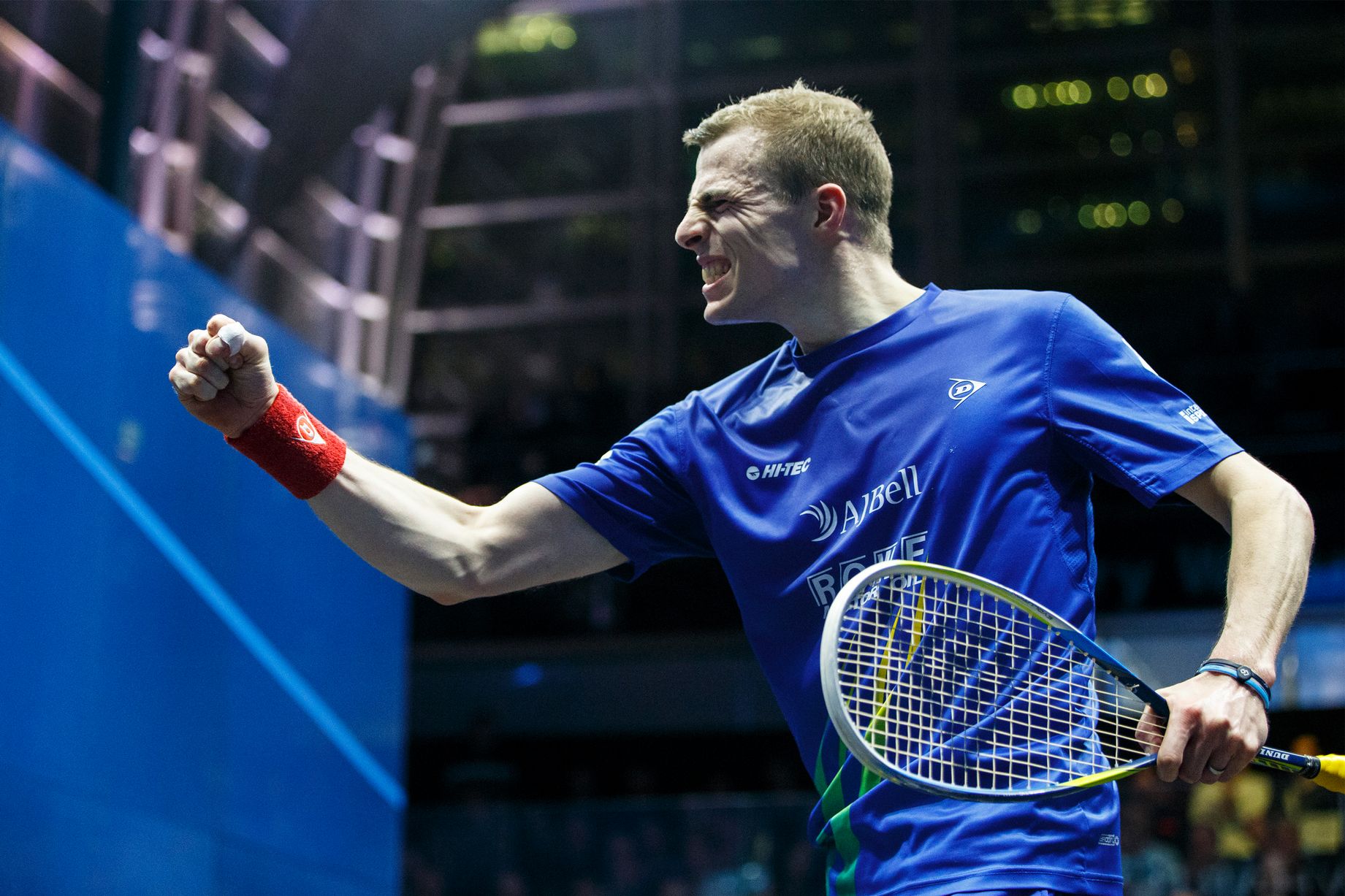 Go for it! Nick Matthew is pumped up for World Squash Day

Three-times world champion Nick Matthew is encouraging every squash club on the planet to open their doors to support World Squash Day 2016.

World Squash Day takes place on Saturday October 22nd and once again the event is raising funds for Unicef.

The theme for 2016 is to promote the social side of the game and Matthew said: “Every champion began playing in their local squash club. I know I did. The wonderful thing about squash is that it creates lifelong friendships. Two players can be hugely competitive on court during their match and then go for a drink together afterwards.”

Matthew, from Sheffield, was awarded the OBE for his services to the sport and he is a vocal campaigner for squash to be included in the Olympic Games.

He added: “While it was great to watch all those amazing athletes in action in Rio, that joy was tempered with a degree of bitterness that squash was not involved.

“World Squash Day gives us the opportunity to showcase the sport and show the rest of the world what they are missing.

“My own club, Hallamshire in Sheffield, has always been a keen supporter of World Squash Day and we will be working flat out this year to promote the sport and raise money for Unicef.”

World Squash Day 2016 takes place one week before the Wadi Degla Men’s World Championship starts in Egypt and Matthew added: “This is probably the busiest time of the season as the PSA World Tour hots up and as well as training I have been encouraging my fellow professionals to support World Squash Day events in different parts of the world.”

The Professional Squash Association (PSA) Chief Executive Alex Gough said: “As Nick says, every professional player first got on court, usually with their parents, at their local squash club. So all the professionals understand what we are trying to achieve in helping clubs to promote the sport. That’s why we are delighted to partner with World Squash Day.

“The PSA is committed to growing squash at every level and World Squash Day is the ideal vehicle to enable clubs to open their doors, invite people in and increase participation all over the planet.”

Squash is rated one of the healthiest sports in the world. It is also a sport for life, with competitions starting at under-11 level and continuing through all the age groups to Masters events for players aged 80 and above.

Nick Matthew added: “The energy and competitive level is exactly the same at international level as it is at your local squash club. Players fight for every point and then go and socialize.

“We need to be good neighbours and invite athletes from other sports to try their hand at squash.

“I often train with a number of athletes from different sports and they all respect the skills and the fitness, dedication and discipline required to succeed.

“Whatever sports other people may play, you know that squash will give their fitness a boost. Even a tennis legend like Roger Federer credits much of his amazing movement and shot selection to playing squash as a youngster.”

HOW TO GET INVOLVED:

Clubs can arrange an Open Day with lots of fun activities for members and guests all day long. Start off with free introductory coaching sessions for players of all ages and standards.

HOW TO BE A GOOD NEIGHBOUR: WHO TO INVITE

– Players from other sports clubs
– School groups (try to get the teachers involved and show them how beneficial squash can be to add to the curriculum activities)
– Groups from the police, armed forces, fire service, your local council
– Invite business groups and explain how a happy and healthy work force is more creative and productive

This is our second year of World Squash Day supporting the work of Unicef. With conflict in many parts of the world leading to mass migration, and natural disasters such as the recent earthquakes in Italy, their work supporting the children caught up in these situations is more important than ever. 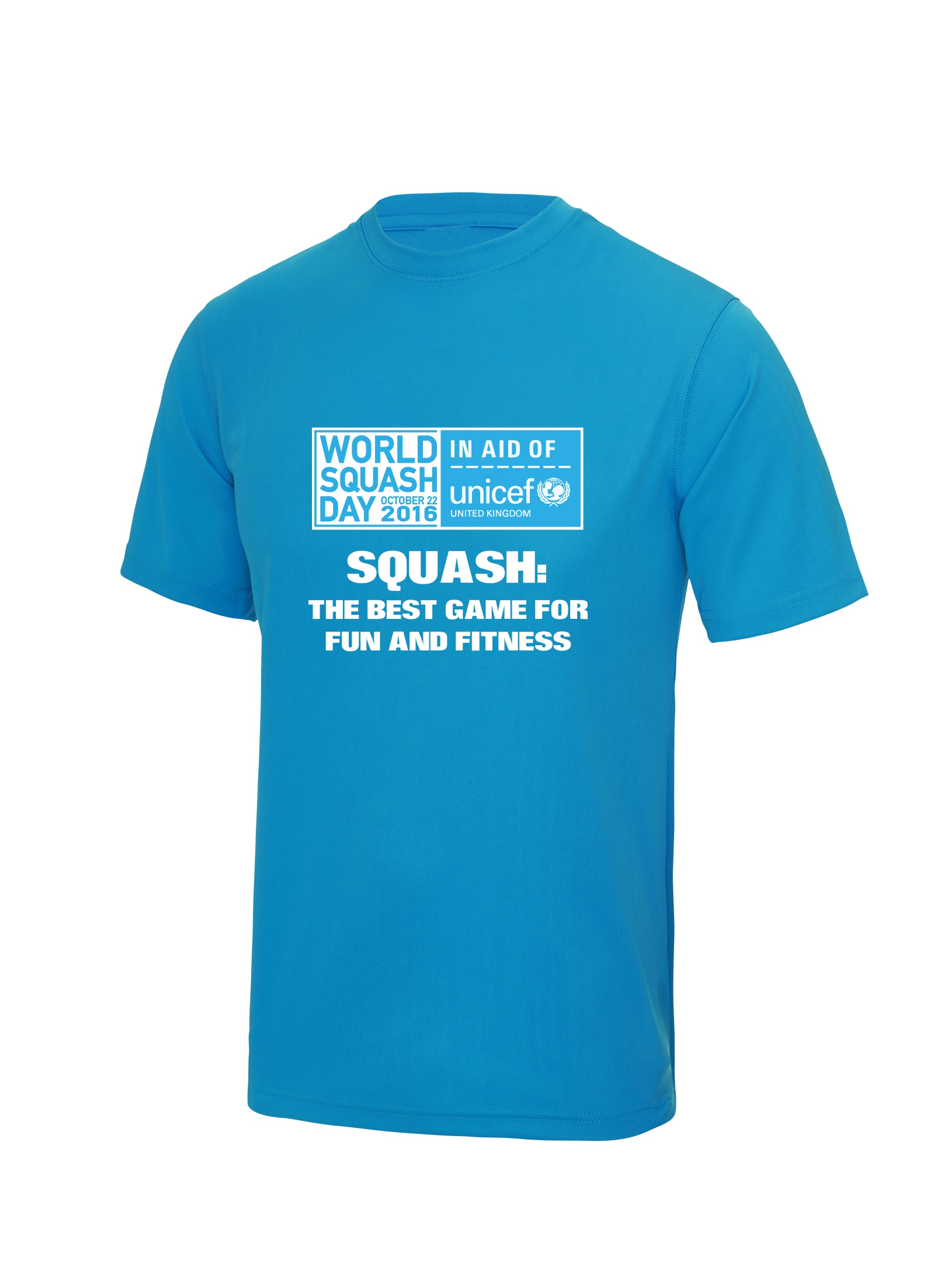 Official World Squash Day T-shirts can be ordered from iProSports. All of the profits will be donated to Unicef. Simply click on this link: http://www.iprosports.co.uk/product/world-squash-day-2016-charity-t-shirt-100-profit-donated-unicef/

Please involve your junior players in creating and planning events to raise money for Unicef.

Encourage the juniors to be involved in helping other young people who are not as fortunate as themselves.

HOW TO DONATE TO UNICEF