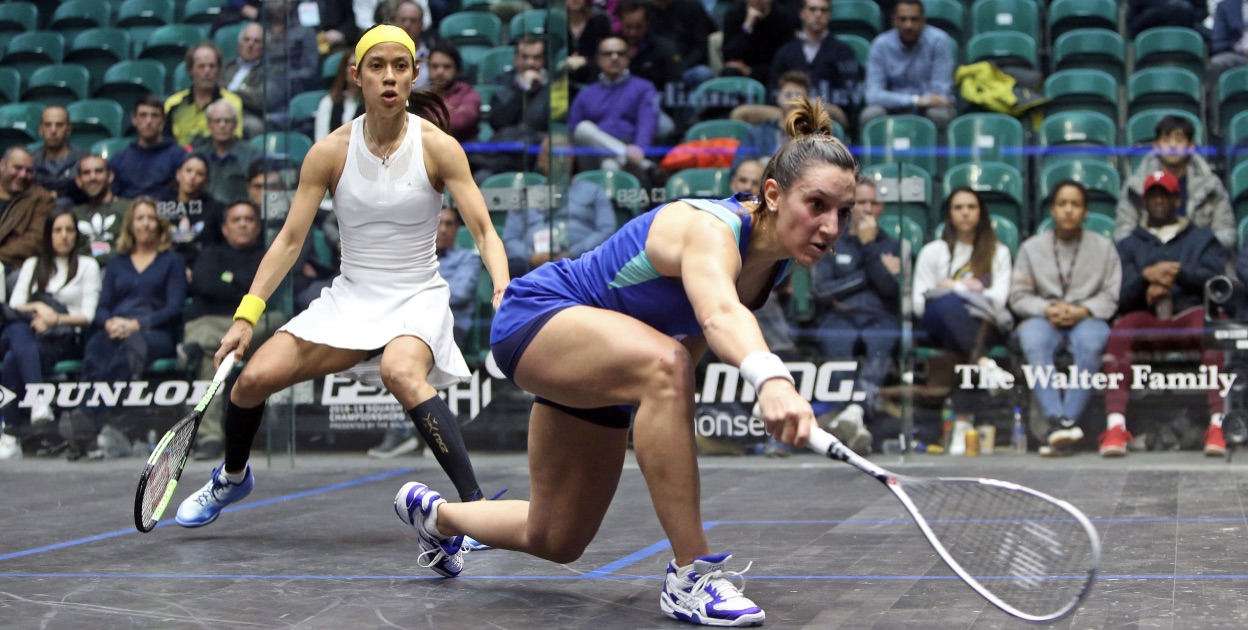 Kenya is set to welcome the WSF Ambassador Programme this week when three of the world’s leading squash players visit the country’s capital Nairobi for the World Squash Federation promotional initiative hosted by the Kenyan Squash community.

The sport’s ultimate ambassador Nicol David, a former world No.1 and the record eight-time World Champion from Malaysia, will join fellow players Camille Serme, the world No.3 from France, and Borja Golan, Spain’s former world No.5, at Parklands Sports Club and the Nairobi Club for the eighth edition of the annual WSF initiative. 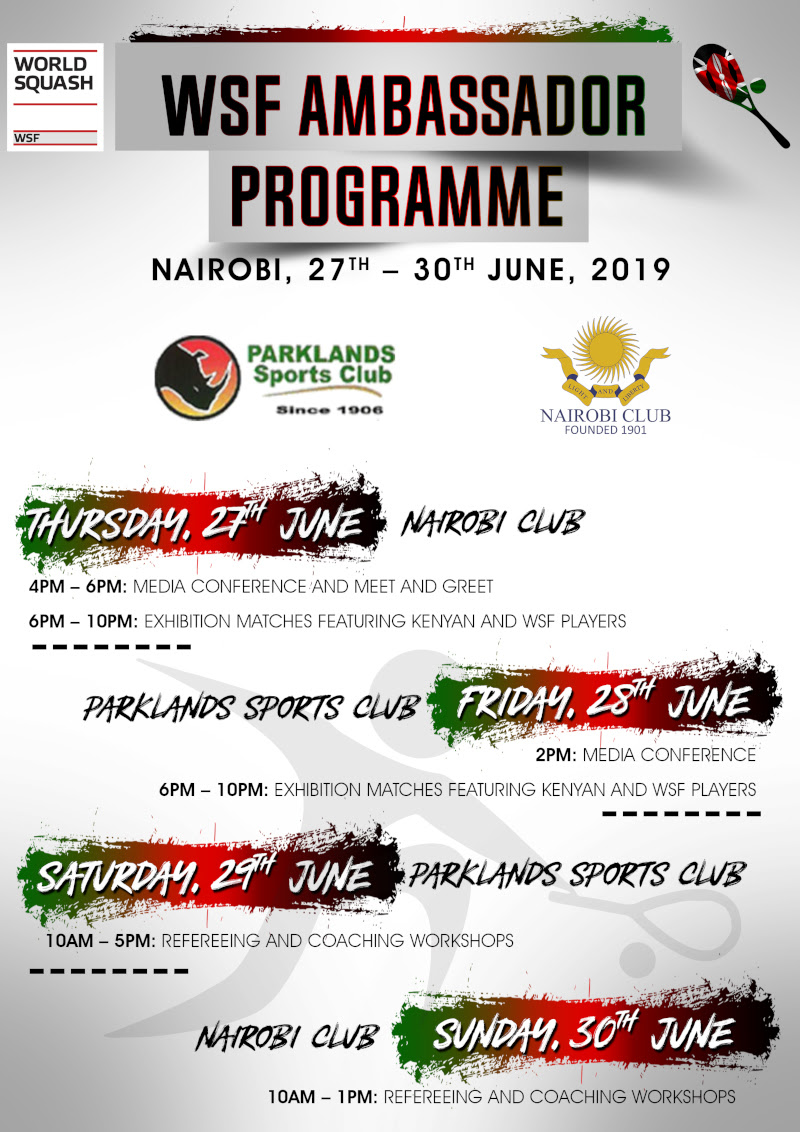 Launched in 2011, the WSF international promotional initiative takes leading squash players, together with an international coach and referee, into younger squash nations to help raise the sport’s profile – through clinics, exhibition matches, refereeing and coaching seminars, and media presentations.

Joining the three players will be Belgian national coach Ronny Vlassaks and international referee Marko Podgorsek, from Slovenia. The 2019 campaign gets under way on Thursday June 27.

“There is a great enthusiasm for squash, great potential too. There is a positive momentum and the players, referee and coach activities that we can bring via our group will enthuse the squash community there; while the media work will help stimulate interest in squash too.

“The new leadership of squash in Kenya are working so hard to invigorate squash, so we look forward to meeting them and interacting.

“It is a particular pleasure for us that recently-retired Nicol can join Camille and Borja. Her first promotional visit was in 2002 (when it was a Women’s Tour initiative), and has been so supportive over many years since).”

Nicol David, who burst onto the international squash stage in 1999 as the 15-year-old winner of the World Junior (U19) title, rounded off her illustrious career last month at the British Open in England – the five-time champion playing the 700th professional match of her career as she bad farewell to the PSA World Tour after 20 years and more than 80 titles.

Serme and Golan also competed in the 2019 ‘Wimbledon of Squash’ – France’s first ever winner of the title reaching the final for the second time and Golan, the highest-ranked Spaniard of all-time, marking his 10th appearance in the event.

Serme went on to finish as runner-up in the season-ending PSA World Tour Finals championship after a revenge win over her British Open victor Nouran Gohar of Egypt.

The WSF Ambassador Programme first visited the Baltic country of Latvia in 2011, followed by a trip to the African countries of Malawi and Namibia, then Panama and Venezuela in 2013, Papua New Guinea in 2014, before focussing on the Balkan region in 2015 with appearances in Serbia, Romania and Croatia.

In 2016, the team visited Dalian and Macau in China. After the 2017 edition was postponed, the WSF team headed to Armenia and Ukraine in 2018.

Pictures courtesy of WSF and PSA