Alan Thatcher September 19, 2019 No Comments on Nour El Sherbini aims to peak at the Pyramids after sitting out San Francisco 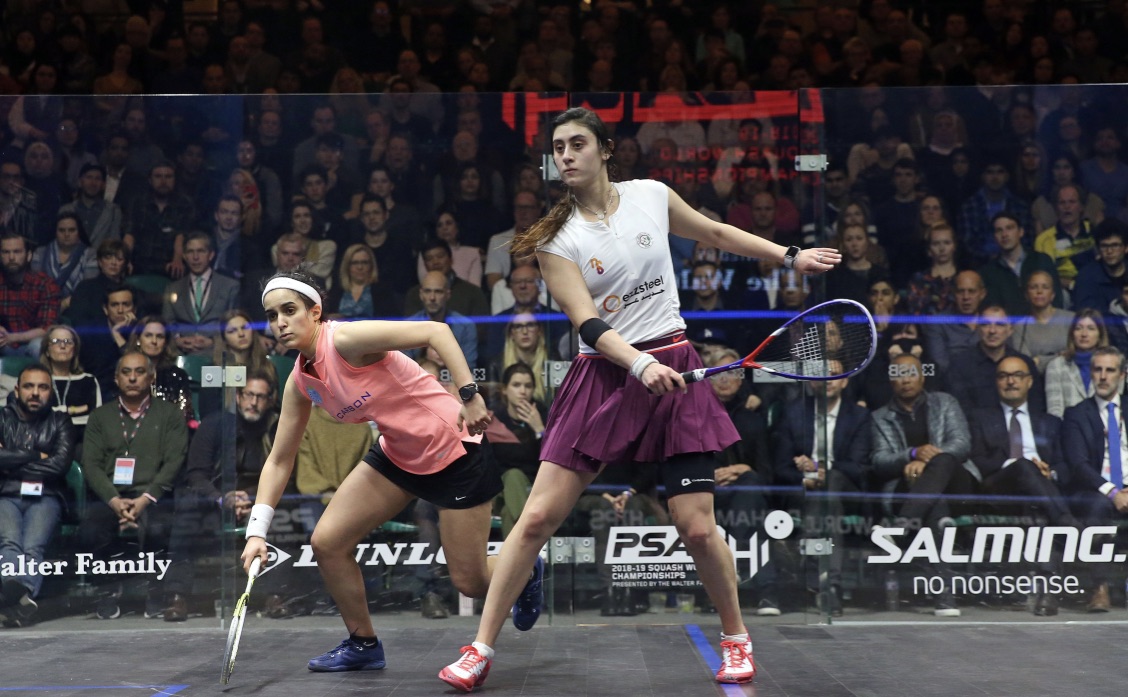 THE draws for the 2019-20 CIB PSA Women’s World Championship and the CIB Egyptian Squash Open PSA Platinum tournament have been announced, with some blockbuster fixtures in store at the Great Pyramid of Giza, Egypt.

Sixty four of the world’s leading female players will compete in Cairo for the coveted trophy, with the likes of Egyptian World No.1 Raneem El Welily, reigning World Champion Nour El Sherbini, French World No.3 Camille Serme and British Open champion Nouran Gohar all set to feature at the iconic Pyramids, which will host a World Championship for the first time since 2006.

World No.1 El Welily has been drawn against wildcard and compatriot Sana Ibrahim in round one and is featured on the same side of the draw as World No.4 Gohar and could potentially meet in the semi-finals.

The 2018 World Champion is also seeded on the same side of the draw as England’s No.1 Sarah-Jane Perry and 2018-19 World Championship runner-up Nour El Tayeb with the two set to meet in the quarter finals should the draw go to seeding. The two Egyptians have already met once this season at the China Squash Open, where El Tayeb got the better of the World No.1 in a thrilling final.

Reigning World Champion and World No.2 El Sherbini is seeded on the opposite side of the draw to El Welily and Gohar and will take on England’s Rachael Chadwick in round one. El Sherbini has withdrawn from this week’s Oracle NetSuite Open in San Francisco because of a knee injury.

The World No.2 has the likes of New Zealand’s World No.6 Joelle King and United States’ World No.8 Amanda Sobhy on her side of the draw as she looks to claim her fourth World Championship title, while she is predicted to meet World No.3 Serme in the semi-finals.

Meanwhile, at the Egyptian Squash Open PSA Platinum event, World No.1 Ali Farag receives a bye into the second round where he will face compatriot and former World No.3 Omar Mosaad for a place in the last 16.

The reigning World Champion is seeded on the same side of the draw as World No.7 Mohamed Abouelghar, Germany’s World No.5 Simon Rosner and New Zealand’s World No.6 Paul Coll.

Situated at the opposite end of the draw is World No.3 Tarek Momen, who receives a bye into the second round where he will face Wales’ World No.12 Joel Makin.

On Momen’s side of the draw is former World No.1 Karim Abdel Gawad, who he could face in the semi-finals, along with Peru’s Diego Elias and Colombia’s Miguel Rodriguez. 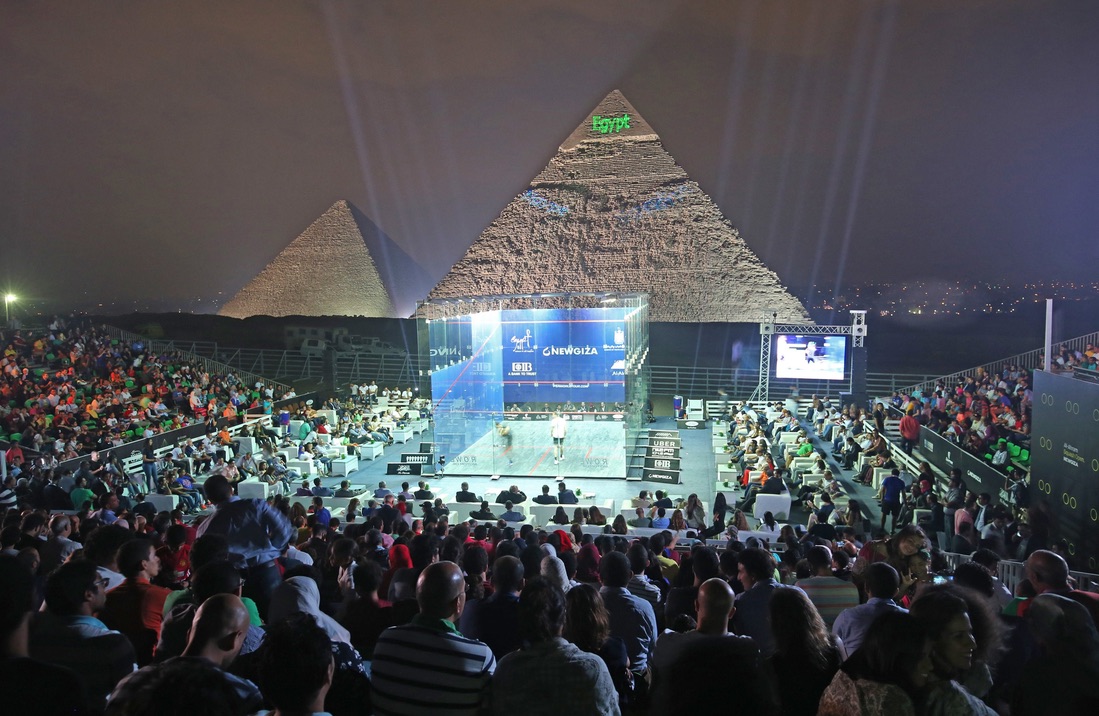 Squash at the Pyramids, one of the most spectacular sights in sport