Nour El Sherbini ready for Hull of a battle

Alan Thatcher March 16, 2017 No Comments on Nour El Sherbini ready for Hull of a battle 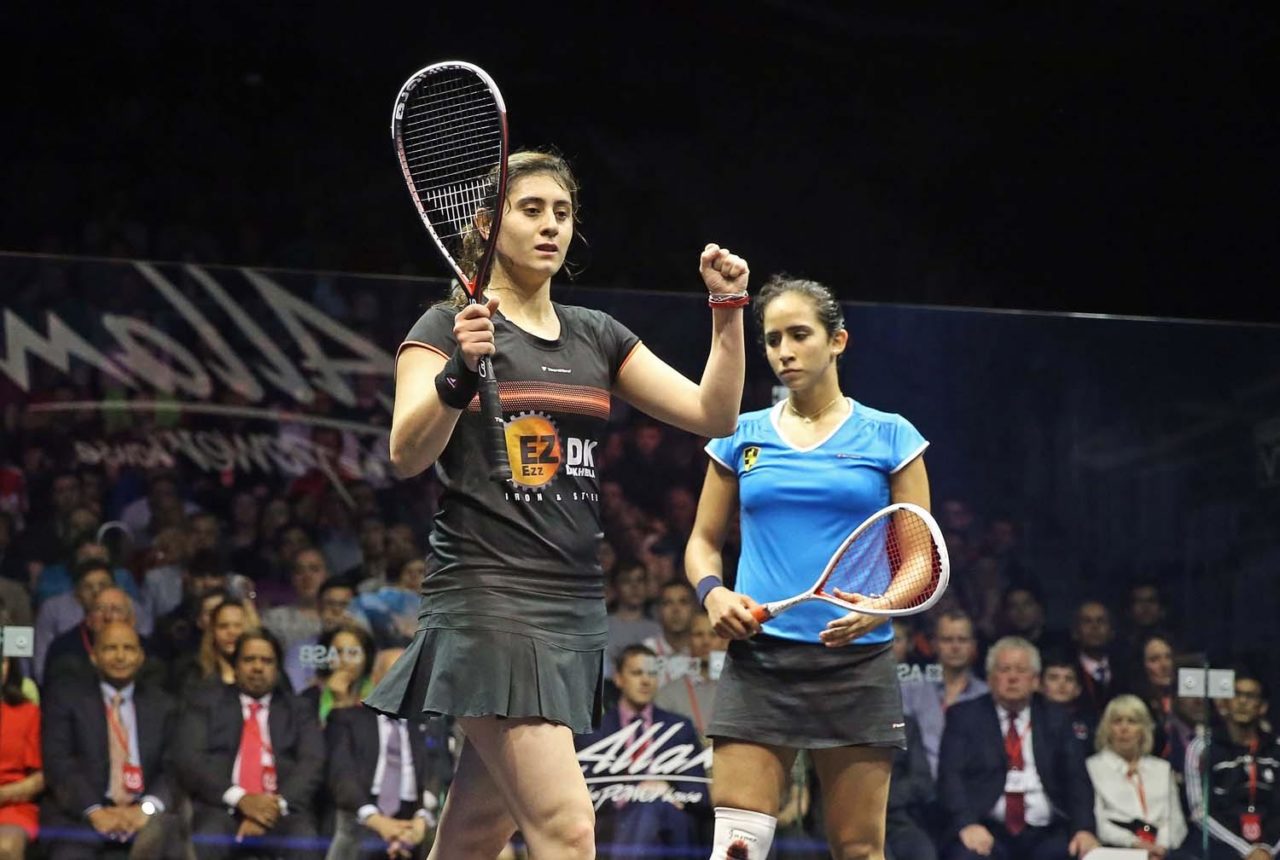 The 2016 Allam British Open Champion Nour El Sherbini says that victory last year, when she defeated compatriot Nouran Gohar to become the first Egyptian woman ever to win the sport’s oldest and most established tournament, will live long in her memory as one of the most special moments of her career.

The 21-year-old – who in 2012 also became the youngest ever finalist in the event’s history at 16 – came through a thrilling five-game final with Gohar to lift the title and is hoping to use that victory as inspiration as she travels to Hull’s Airco Arena ahead of the 2017 iteration of the PSA World Series tournament, which takes place from March 21-26.

“Winning the British Open last year meant a lot to me,” said El Sherbini, who followed up her British Open by adding the World Championship title to her name last season.

“It was a very special victory. To be the first Egyptian winner of the tournament was an amazing achievement and it was the start of a really good period of form for me last year.

“The event has a lot of history and I always love playing the tournament. I’m trying to train as hard as I can to defend the title and I’m very much looking forward to it. Hopefully it will be a good week again.”

El Sherbini’s first round opponent will be Denmark’s Line Hansen, while No.2 seed Camille Serme (France) meets a qualifier.

The first round sees a repeat of last week’s Floridablance final, where Malaysian superstar Nicol David beat Olivia Blatchford after her American team-mate Amanda Sobhy ripped her Achilles while on match ball in the semi-final. The trophy was David’s first PSA title success in more than two years.

The 2017 Allam British Open takes place at the Airco Arena, Hull from March 21-26. Tickets are available to purchase from £7.50 by visiting https://allambritishopensquash2017.com/