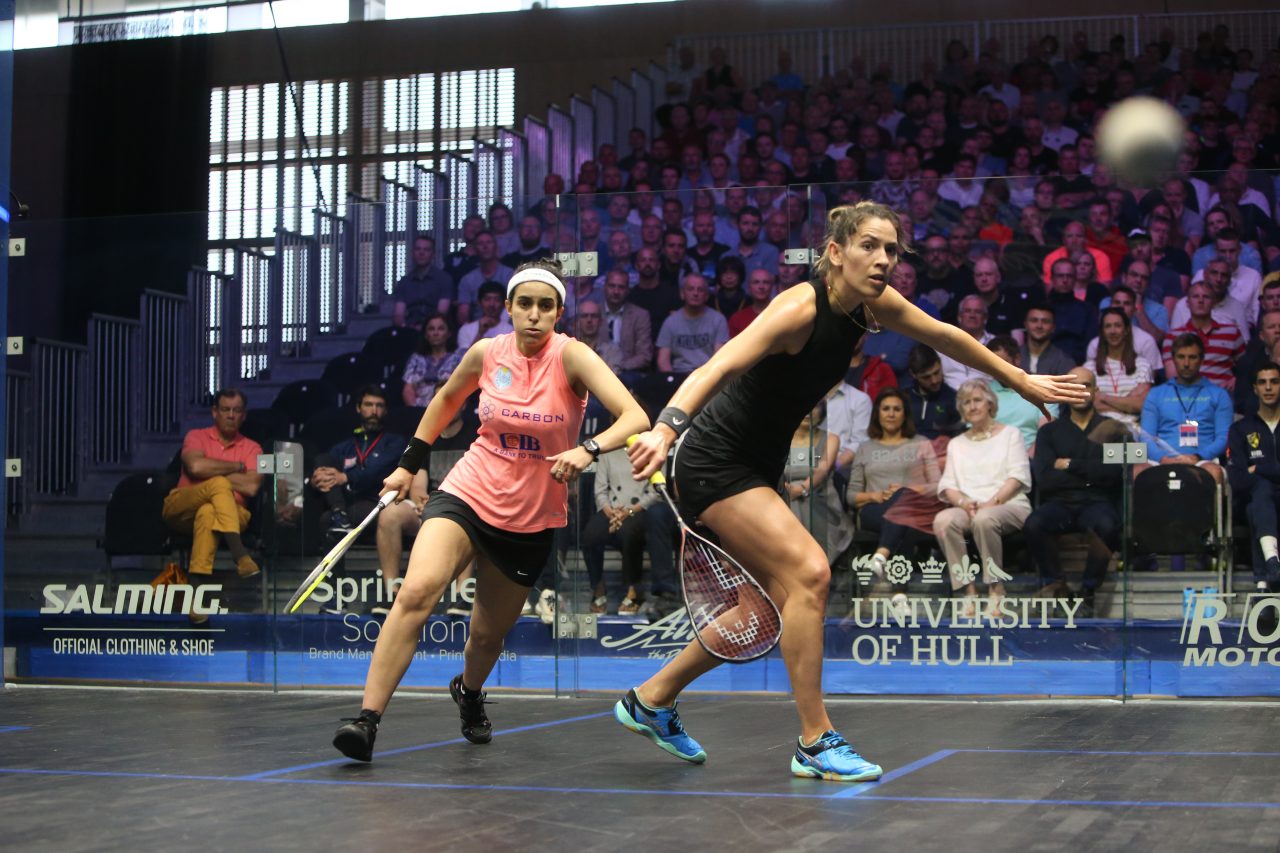 Egypt’s World No.4 Nour El Tayeb and New Zealand’s World No.6 Joelle King are seeded to meet in the final of the Cleveland Classic after the main draw for the PSA World Tour Bronze event was released today.

Defending champion El Tayeb, who defeated Wales’ Tesni Evans in the final last year, is the top seed at the event taking place at the Cleveland Racquet Club and will be aiming for another series of winning performances after losing to fellow Egyptian Salma Hany in the third round of the Tournament of Champions.

Along with the other top eight seeds,El Tayeb  receives a bye into the second round where she will face either Latvia’s Ineta Mackevica or USA’s Sabrina Sobhy.

Seeded on the same side of the draw as El Tayeb is Wales’ World No.9 Evans, India’s World No.12 Joshna Chinappa and Egypt’s World No.14 Salma Hany. Evans will hope to be back at full fitness after rolling her ankle in the Tournament of Champions in New York.

At the opposite end of the draw is King, who won the Cleveland Classic title in 2018, and she will face either Canada’s Hollie Naughton or Wales’ Ali Loke in the second round.

Seeded on the same side of the draw as her is England’s No.1 Sarah-Jane Perry – who she could face in the semi-finals should the seeding go to plan – England’s former World No.3 Alison Waters and Hong Kong’s World No.11 Annie Au.

Home interest comes in the form of USA No.1 Olivia Blatchford Clyne and World No.39 Sabrina Sobhy, with both players enjoying good runs at the J.P. Morgan Tournament of Champions which took place this month in New York. They will begin their tournaments against Czech Republic’s Anna Serme and Latvia’s Ineta Mackevica, respectively.

The wildcard spot is taken up by Spain’s Marina De Juan Gallach, who was born in Valencia, Spain but now resides in Cleveland.