Guest Contributor February 21, 2020 No Comments on Nour El Tayeb ‘back to a good level of squash’ ahead of Windy City Open

Egypt’s World No.5 Nour El Tayeb says that she is finding her form again as she prepares to kickstart her title defence at next week’s Windy City Open presented by the Walter Family, which takes place in the picturesque Cathedral Hall of the University Club of Chicago between February 27 – March 4.

The enigmatic 26-year-old began the 2019-20 season with victory at the China Open, and followed that up with two runner-up finishes at the Oracle NetSuite Open and U.S. Open.

A loss of form following a family bereavement shortly after October’s PSA World Championship led to a premature exit at the J.P. Morgan Tournament of Champion last month but, after beating England’s Sarah-Jane Perry to win the Cleveland Classic two weeks ago, El Tayeb says that her performances are getting back to the standard they were at the outset of the campaign.

“I’m getting back to a good level of squash,” said El Tayeb. “I still think i was playing better at the beginning of the season than I did in my last few events. However, going into the Windy City Open with a title is a definitely a good thing that makes me excited to go out there and hopefully play my best squash this season.

“My goal at the beginning of the season was to play better than last season which will automatically improve my ranking. I still have the same goal and I’m trying to play better, win more matches, and the ranking will take care of itself.”

El Tayeb’s victory at the 2018 Windy City Open was a remarkable one given she fought through four successive five-game battles to get her hands on the PSA Platinum title. She ousted Tesni Evans, then World No.1 Nour El Sherbini and Perry to reach the final, where Kiwi Joelle King awaited after upsetting current World No.1 Raneem El Welily.

Despite taking the opening game, El Tayeb soon found herself 2-1 down before facing two championship balls. However, the Egyptian came back from the brink to halt King and get her hands on only the second major title of her career.

“I think that week was the best performance of my squash career so far,” El Tayeb reflected.

“I reached new levels of perseverance and confidence in my physical ability. So I’m definitely very proud of that tournament and it always gives me a big boost knowing that I’ve done it.

“I’ve got the best memories here in Chicago. I think we all love the atmosphere here and the cosiness of the event. I definitely enjoy it very much and cant wait for it to start.”

El Tayeb came within a whisker of making it a Chicago double last year when she reached the final of the 2018-19 PSA Women’s World Championship – the sport’s first $1,000,000 event thanks to the support of Mark and Kimbra Walter – which replaced the Windy City Open on the PSA World Tour calendar.

El Tayeb ultimately fell to El Sherbini inside Union Station’s Great Hall, but is hoping that going back to the University Club of Chicago instead of Union Station will help her to look past that defeat.

She said: “The defeat in the final of a World Championship will always be on my mind. But it’s a different venue from last year, so hopefully i’ll only take the memory from the 2018 title.” 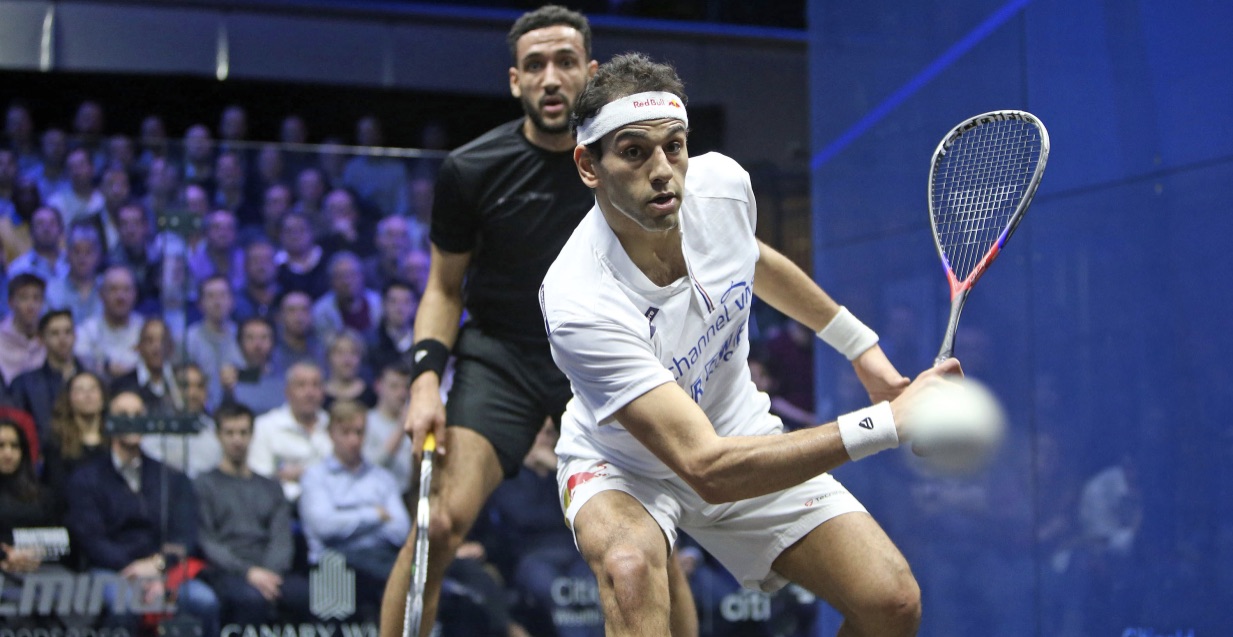 Mo back to defend men’s title
Meanwhile, the men’s draw is headed up by World No.1 and defending champ Mohamed ElShorbagy, and he will be joined by younger brother and 2018 runner-up Marwan, compatriots Ali Farag, Tarek Momen and Karim Abdel Gawad, as well as two-time winner Gregory Gaultier, who makes only his second PSA appearance since returning from a 15-month spell on the sidelines.

The Windy City Open is the most lucrative tournament on the PSA World Tour outside of the World Championship, with $500,000 on offer split evenly across the men’s and women’s events. The winner will also qualify for June’s PSA World Tour Finals.

Tickets for the 2020 Windy City Open presented by the Walter Family are available for purchase at windycityopen.com.

Action from the glass court at the University Club of Chicago will be streamed live on SQUASHTV (rest of world), Eurosport Player (Europe only) and the official Facebook page of the PSA World Tour (excluding Europe and Japan).

For more information on the 2020 Windy City Open, visit the tournament’s official website