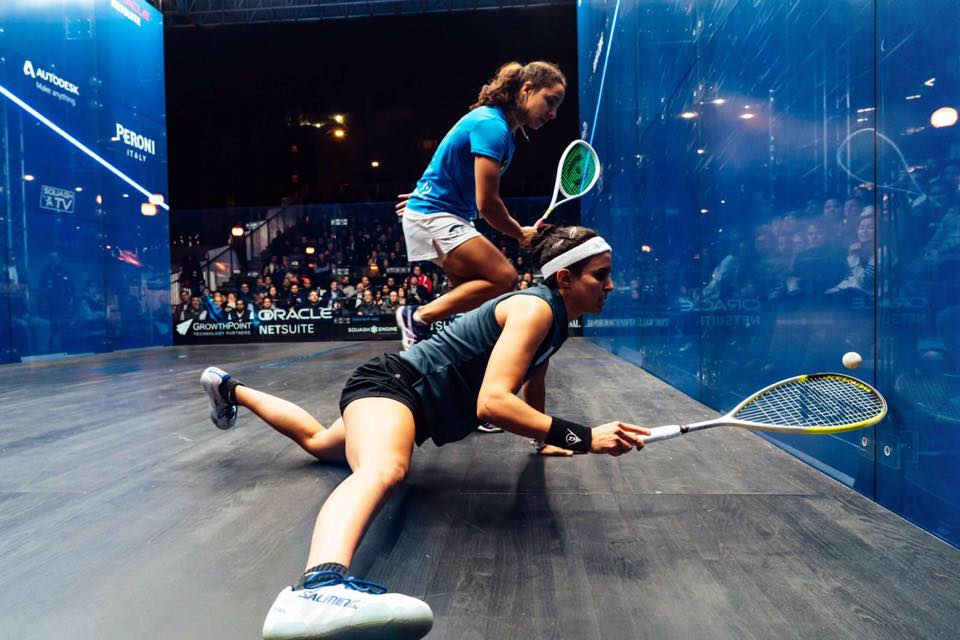 Once again, top trio are all from Egypt
By SEAN REUTHE – Squash Mad Correspondent

The PSA Women’s World Rankings will once again feature an Egyptian top three after Nour El Tayeb moved up two places to World No.3 to sit behind compatriots Raneem El Welily and Nour El Sherbini.

El Tayeb had a successful September, beating World No.1 El Welily to win the J.P. Morgan China Open title at the beginning of the month, before reaching the final of the Oracle NetSuite Open, which ultimately ended in defeat to the same opponent last night.

She moves ahead of France’s Camille Serme, who won the Open de France – Nantes 2019 presented by Tailor Capital last month, and British Open champion Nouran Gohar, who are the other two players to feature in the top five.

The rest of the top 10 is unchanged, with New Zealand’s Joelle King (No.6), England’s Sarah-Jane Perry (No.7), America’s Amanda Sobhy (No.8), Wales’ Tesni Evans (No.9) and Hong Kong’s Annie Au all retaining their places.

Egypt’s Hania El Hammamy moves up four places to No.11 after reaching semi-finals at both the China Open and Open de France last month, while a semi-final finish for Joshna Chinappa at the Oracle NetSuite Open is enough to send her up a spot to No.12.

Alison Waters and Victoria Lust fall two places to No.13 and No.14, respectively, while Salma Hany drops a place to No.15.

Yathreb Adel remains at No.16 ahead of Joey Chan at No.17, while Olivia Blatchford rises a spot to No.18, swapping places with Nele Gilis. Zeina Mickawy rounds off the top 20. 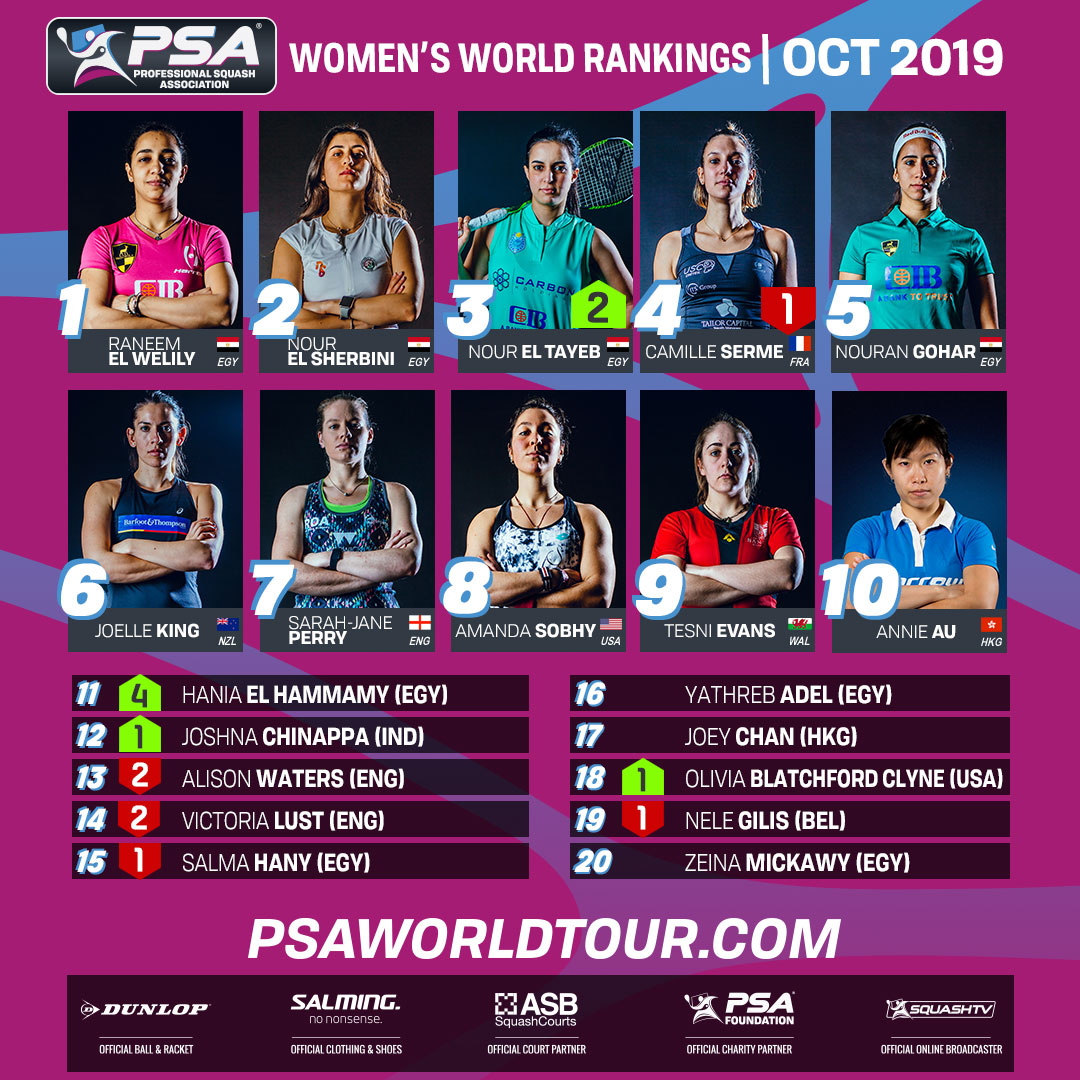