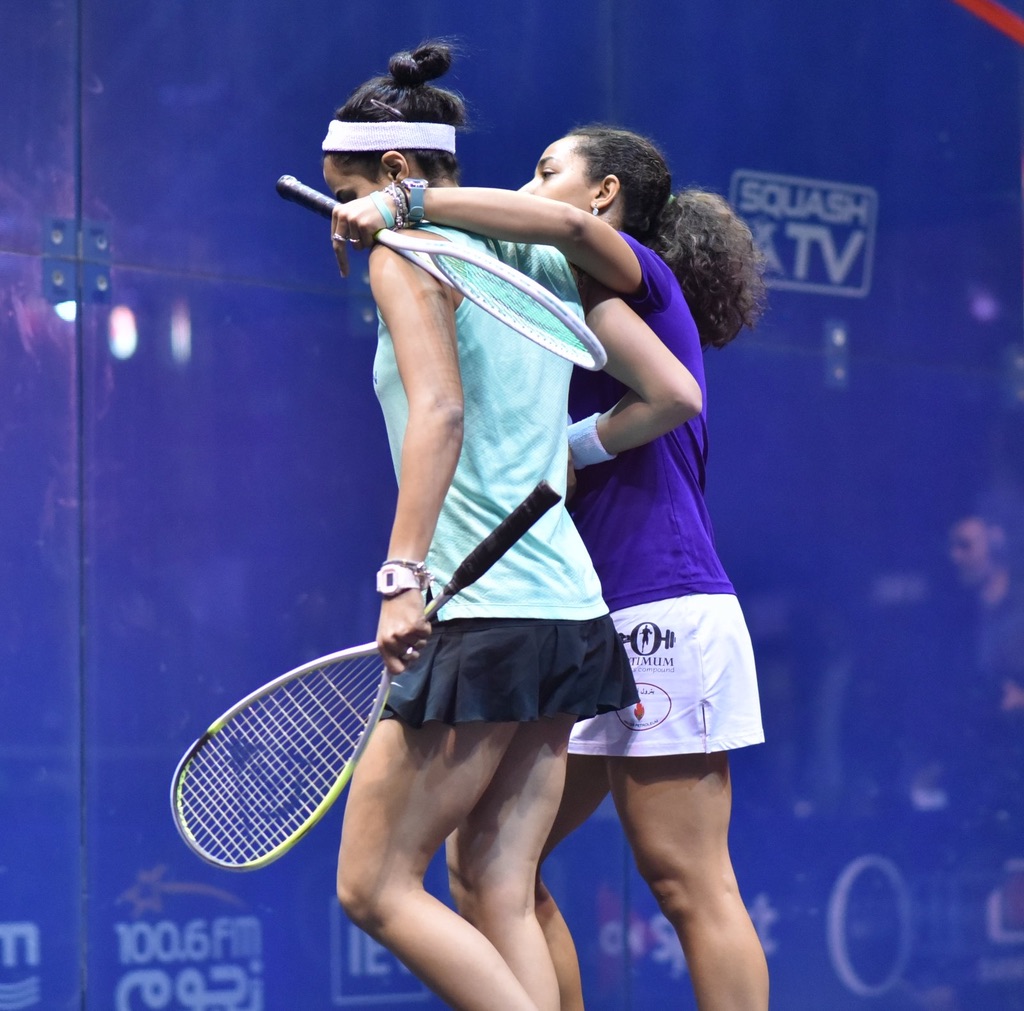 World No.1 Raneem El Welily will appear in the semi-finals of the 2019-20 CIB PSA Women’s World Championship in front of Cairo’s historic Great Pyramid of Giza after her quarter-final fixture with World No.3 Nour El Tayeb was cut short after just three minutes.

El Welily and El Tayeb have met in all three PSA World Tour events they have played this season, with El Tayeb winning two of them, including their last meeting earlier this month in the U.S. Open semi-finals.

But she shook hands with her opponent after conceding seven points in a row in the opening game, meaning El Welily moves through to last four for the seventh successive time. El Welily is the only female squash player to win a tournament in front of the Pyramids and she is now one win away from appearing in the final in front of the last remaining wonder of the ancient world.

Meanwhile, World No.5 Nouran Gohar will feature in the third World Championship semi of her career after overturning a one-game deficit against England’s Sarah-Jane Perry to win 9-11, 11-8, 13-11, 12-10 in 57 minutes.

U.S. Open champion Gohar has been one of the form players on the women’s tour over the past six months, winning the British Open and reaching the final of the El Gouna International. She came close to going 2-1 behind, but fought back from two game balls down to take the lead, before closing out the decider on the tie-break. 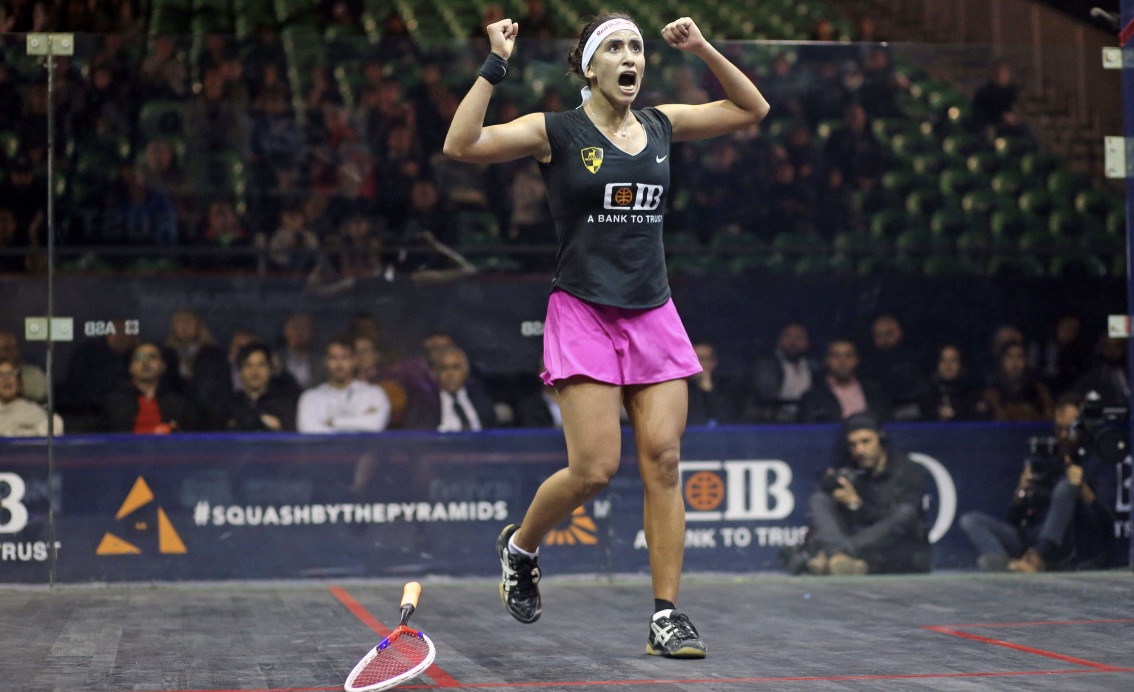 “I don’t show a lot of emotion on court, so to do that shows a lot,” said 22-year-old Gohar. “I reached a semi-final here [in Egypt] twice I think, one of them was in El Gouna, so Egypt is my lucky place and I play my best squash here because the crowd give me great energy, even when at the beginning I wasn’t at 100 per cent. They had to give me that push to play and I didn’t want to disappoint them.

“I’m going to enjoy my rest day as a normal athlete because the last time I had an exam. I’m going to try and recover really well because each point was really tough. She didn’t give up at all, I was up in the third and the fourth but it was like she was leading. I’m really looking forward to my semi-final match now in a couple of days.” 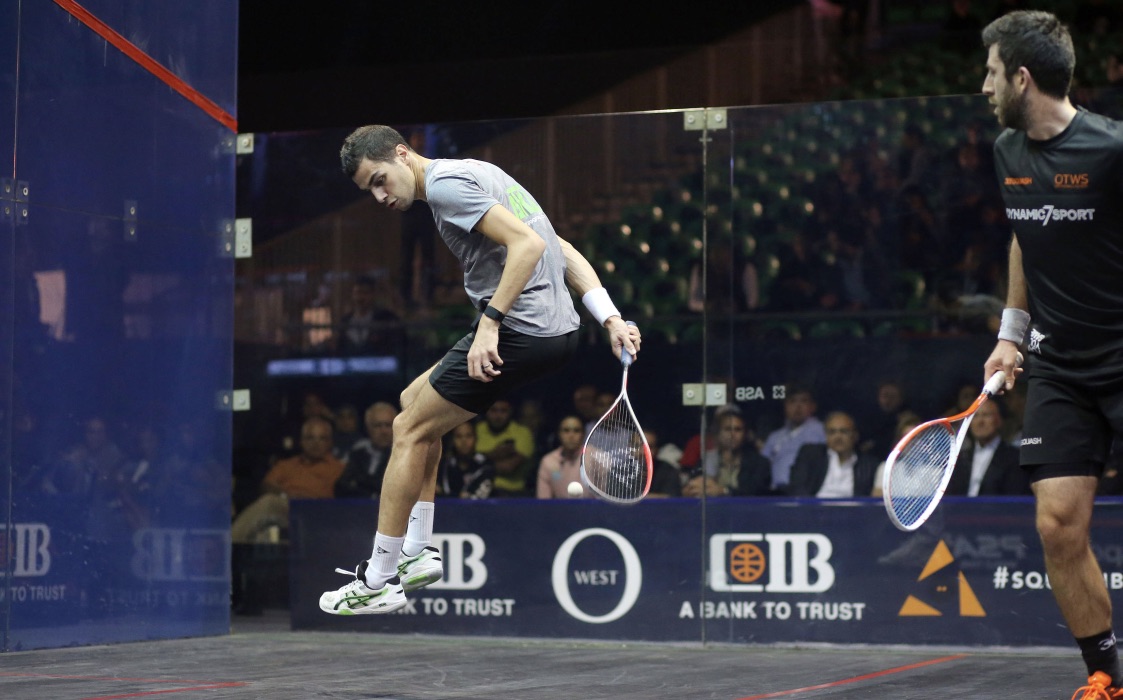 Men’s World No.1 Ali Farag appeared on court in the CIB Men’s Egyptian Open after wife El Tayeb’s match, and he had to recover from a game down to get the better of English veteran Daryl Selby, who was appearing in his first PSA Platinum quarter-final since 2017.

Farag had won all four of his matches against the 36-year-old, including a 3-0 victory over the World No.17 in the opening round of the 2018-19 PSA World Championship. Selby played some consistent squash in the opener to take a game against the Egyptian for the first time.

Selby had a further opportunity in the third game when, after Farag levelled in the second, he led 9-6 after some trickery and deception enabled him to rattle off a succession of points. Farag came back at him though and held firm in the fourth to close out the win by an 8-11, 11-7, 11-9, 11-5 scoreline.

“Thanks to Nour [El Tayeb] and Karim [Darwish], they kept pushing me,” said Farag.

“I’m just very happy to be through that one for sure. I hope it’s another great match against Paul and that we can give the crowd a good one.” 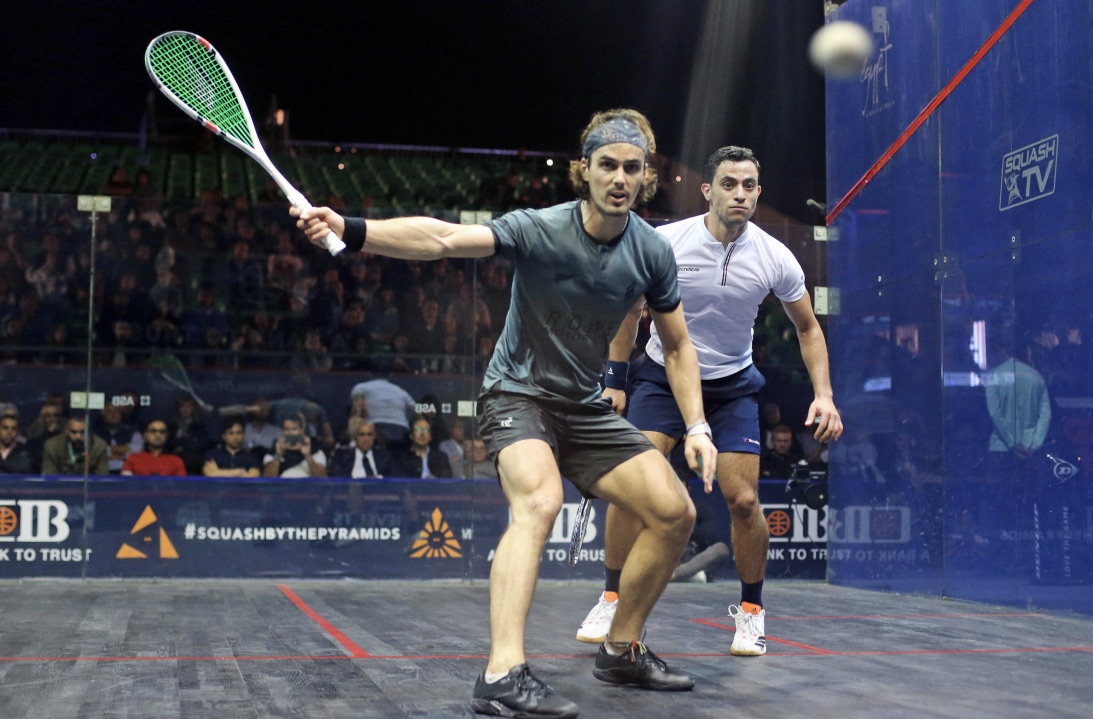 New Zealand’s Paul Coll lies in wait in the last four after the World No.5 overcame Egypt’s Fares Dessouky in a physical, five-game battle. Coll was on the front foot after the first game, but Dessouky showed signs of his sublime racket skills to draw level. The match had been relatively free-flowing up to that point, but it soon became a scrappy affair as each player took a game apiece to set up a decider.

Some big calls from the referees played their part in adding to the drama of the match as a conduct stroke was awarded against Dessouky for blocking at 7-7 in the fifth, and Coll was able to maintain a cool head to close out an 11-6, 5-11, 11-8, 9-11, 11-9 victory in a mammoth 82 minutes.

The Kiwi will now aim to reach a maiden Platinum final but has beaten Farag in just one of their previous 10 matches, losing nine matches in a row. It will be their second fixture in a Platinum semi-final, with Farag winning 3-2 in the last four of the British Open back in May after 77 minutes of brutal squash.

“I’m really enjoying this new period of my game,” Coll said. “I started with a new coach, mental and tactical, so I’m really enjoying the start of the season, I’ve had a few good wins and a couple of good results. This is my first time playing in front of the Pyramids and it is another incredible experience in my squash career to be playing in this amazing location tonight.”

Quarter-finals continue on Wednesday October 30 from 18:30 onwards at the Pyramids. Matches will be shown live on SQUASHTV (rest of world), Eurosport Player (Europe only) and the official Facebook page of the PSA World Tour.