Nouran Gohar goes back up to No.2 in the world

Alan Thatcher November 1, 2019 No Comments on Nouran Gohar goes back up to No.2 in the world 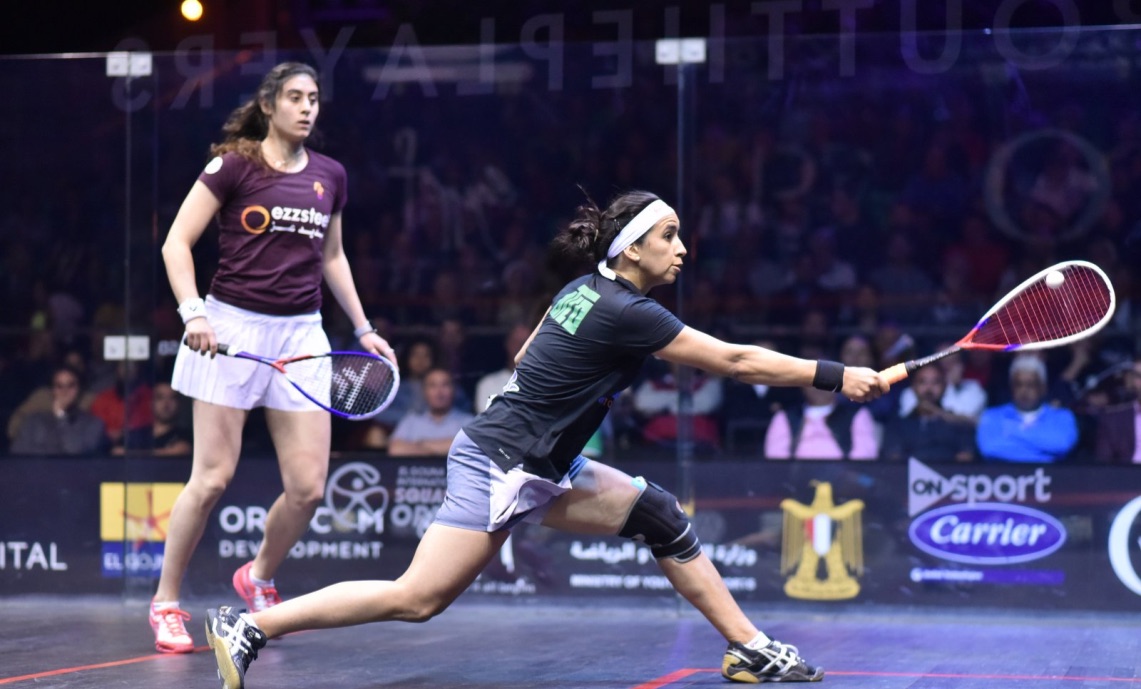 Egypt’s Nouran Gohar has returned to World No.2 in the PSA Women’s World Rankings.

Gohar reached a career-high ranking of World No.2 in January 2017 but a loss of form and motivation saw her drop out of the world’s top five, falling as low as No.8 in February of this year.

However, the 22-year-old has returned to her best in recent months and has climbed up the rankings after winning the British Open and last month’s U.S. Open. She lost out to World No.1 Raneem El Welily in the World Championship semi-finals last night.

El Welily’s opponent will be three-time World Champion Nour El Sherbini, who drops to World No.4, which is her lowest World Ranking since March 2016. El Sherbini is appearing at her first tournament of the season after suffering a knee injury, but she has been in dominant form this week in Cairo and will look to celebrate her 24th birthday with a fourth World Championship triumph as she

Egypt’s Nour El Tayeb stays at No.3 after her defeat to Gohar in the U.S. Open final saw her miss out on the chance to rise a place, while France’s Camille Serme drops to No.5.

World Junior Champion Hania El Hammamy – who lost out to El Sherbini last night in the semi-finals – stays at No.11 ahead of India’s Joshna Chinappa, while Victoria Lust is on the rise to No.13 as her fellow Englishwoman Alison Waters moves the other way to No.14.

Egypt’s Salma Hany stays put at No.15, with Hong Kong’s Joey Chan rising a spot to a joint career-high No.16 ranking. Yathreb Adel moves down a spot to No.17 as Belgium’s Nele Gilis rises one place to No.18. 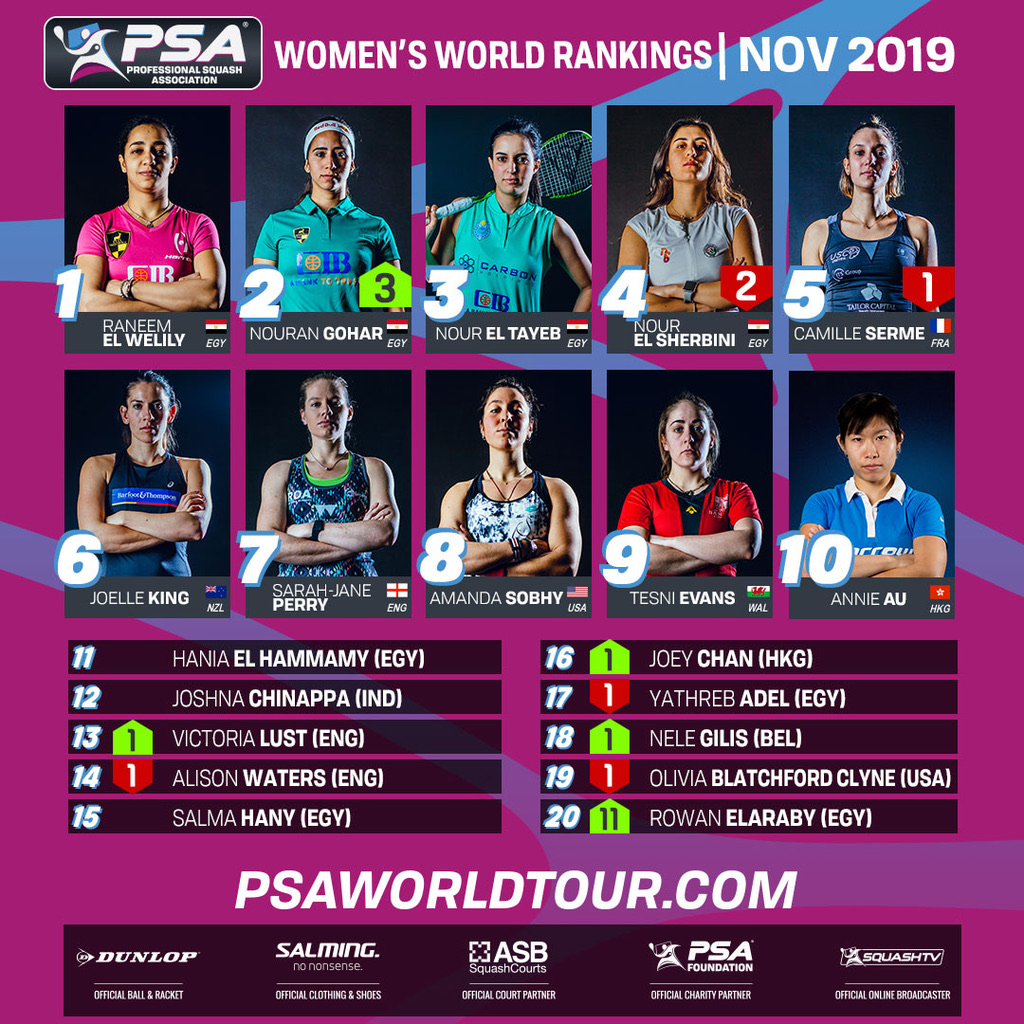