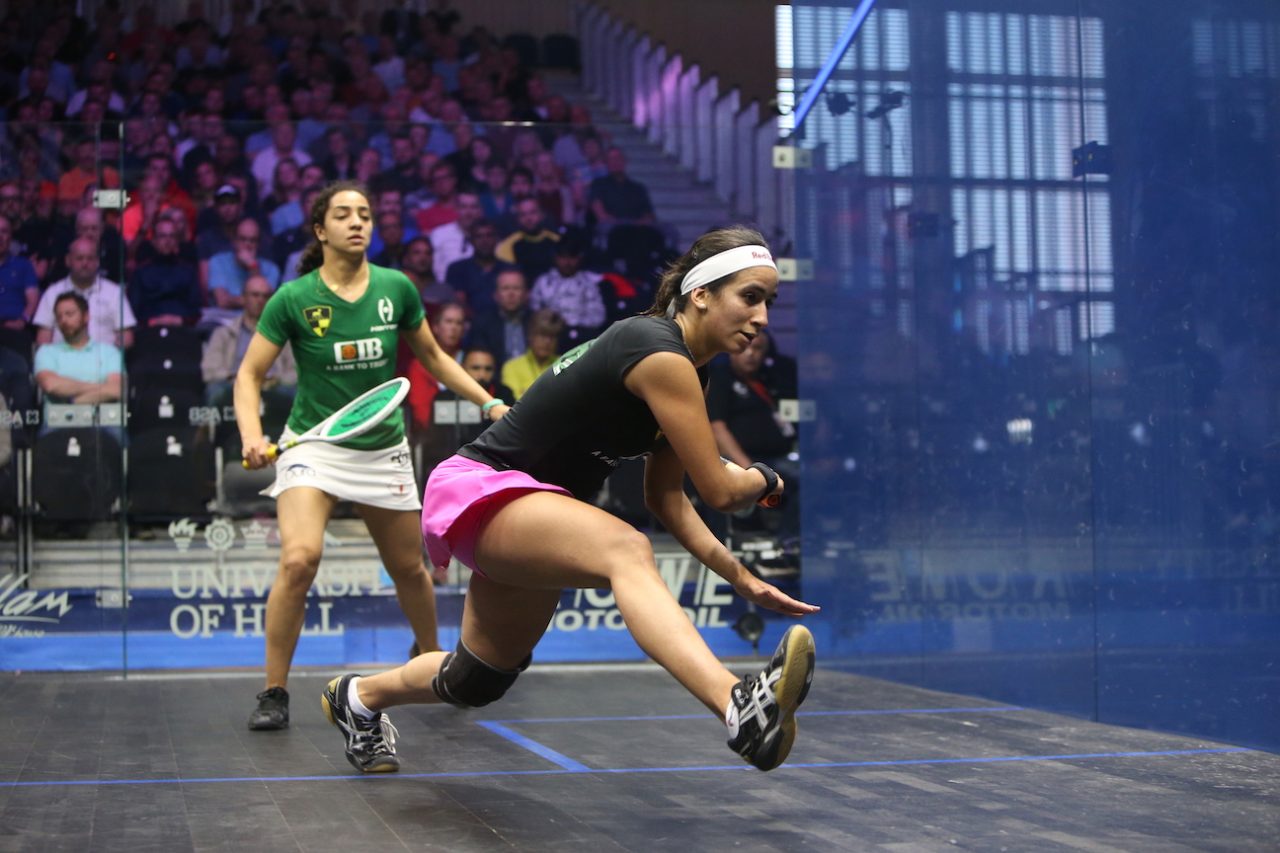 ‘I’ve been dreaming of this since I was a kid’ says new No.1 Nouran Gohar
By ALAN THATCHER and SEAN REUTHE

Egypt’s Nouran Gohar is the new women’s World No.1 for the first time following the retirement of Raneem El Welily.

El Welily had topped the rankings for 19 months, while Gohar had sat at World No.2 for the previous five months following wins at the U.S. Open and Carol Weymuller Open earlier this season.

However, El Welily’s retirement last week to start a family with her husband, men’s world champion Tarek Momen, means that the next time the 22-year-old steps onto court, when the PSA World Tour reopens after lockdown, she will do so as the sport’s leading female player.

“It feels amazing to reach World No.1. I’ve been dreaming about this moment since I was a kid and since I first held a squash racket in my hand,” said Gohar.

“Reaching this point in my career has always been a dream, especially because I reached the No.2 spot back in 2017, but at that time it didn’t feel like the No.1 spot was getting any closer. Over the last two seasons I’ve been feeling more solid, more consistent, and I had some really great battles, so I felt stronger on the tour, especially after winning the British Open and U.S. Open back-to-back. But I never thought it would be coming this soon.

“I was in shock when I heard about Raneem’s retirement, I didn’t expect it at all by any means. She was the one who called me and she told me before announcing it on social media because she wanted it to be something personal. I had really mixed emotions, I was sad that one of the legends of the game and a good friend and teammate was retiring, she is like a big sister to me and we have shared a lot of memories together.”

While the men’s and women’s PSA World Rankings are currently frozen due to the suspension of the PSA World Tour, El Welily’s retirement sees her come out of the rankings, meaning everyone else moves up a place.

That means Nour El Sherbini moves back up to No.2, while Camille Serme (No.3), Nour El Tayeb (No.4) and Sarah-Jane Perry complete the top five. For Perry, it’s the first time she has reached the top five, and she is the first English player to rank that highly since Laura Massaro in November 2018.

Hania El Hammamy moves up to a career-high No.6 ranking ahead of Amanda Sobhy (No.7), Joelle King (No.8) and Tesni Evans (No.9). India’s Joshna Chinappa returns to the top 10 for the first time since September 2016.

The men’s rankings remain unchanged, with Egypt’s Mohamed ElShorbagy staying at World No.1 for a sixth month in succession ahead of Ali Farag (No.2), Karim Abdel Gawad (No.3), Tarek Momen (No.4) and Paul Coll (No.5). 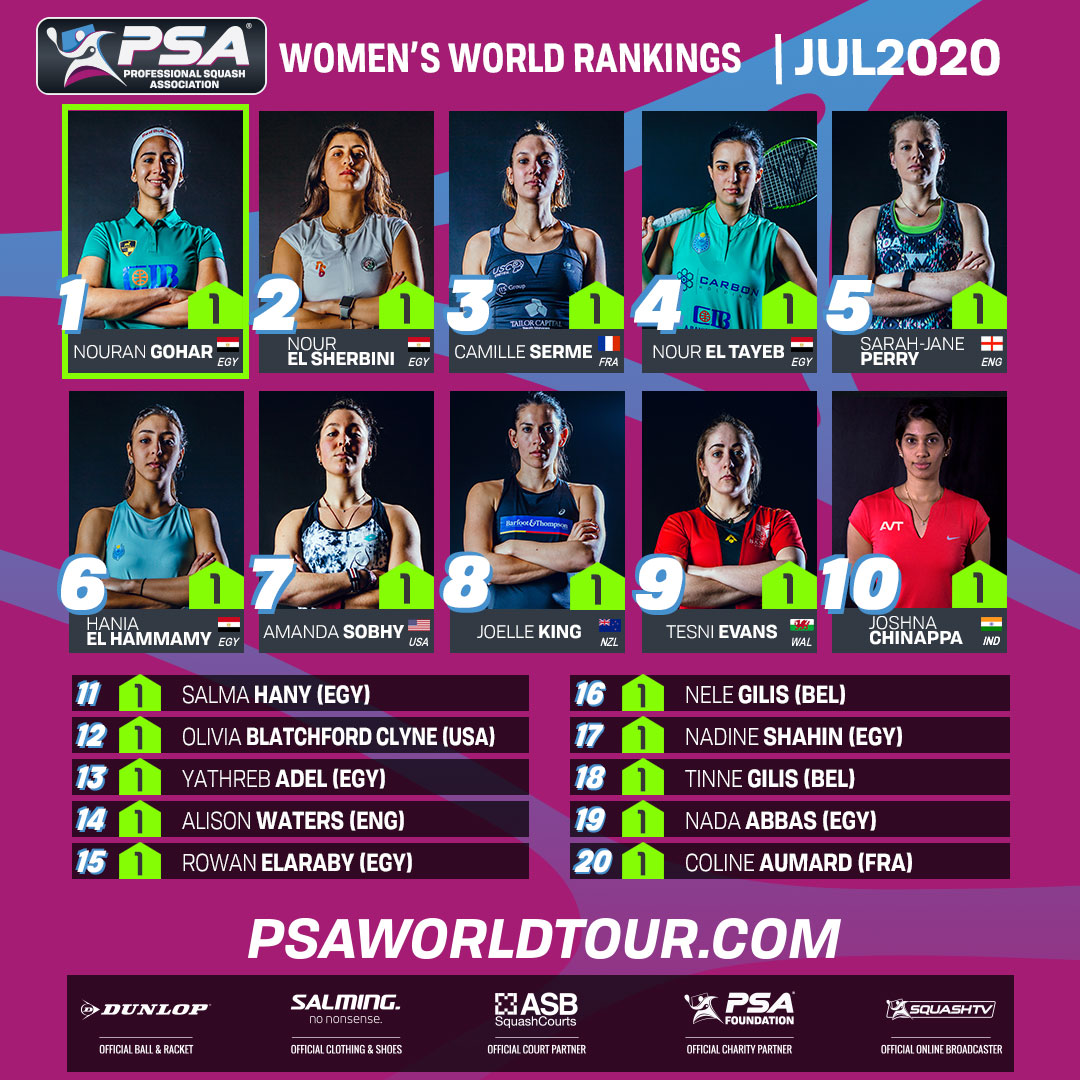