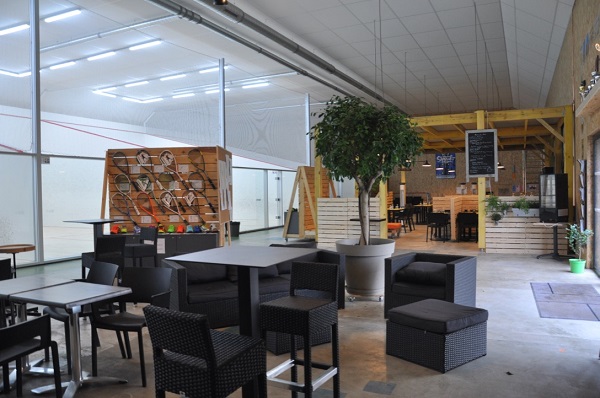 Inside la Maison du Squash in Nantes, which will host the inaugural “Amateur French Open” tournament on Friday 13th and Saturday 14th September

Squash fans heading to France this September to watch the Nantes Open, recently renamed the French Open, now have the opportunity to become the inaugural “French Open Amateur Champion”.

Aimed at non-professionals, 80 places in total will be available to players of all levels and from all nations. Half of the places are currently earmarked for players from France, with the other half to be allocated to payers from other nations.

Applications to enter are now open and it is shaping up to be a very international and cosmopolitan event, with players from Australia, England, New Caledonia, Italy and Central America having already signed up, alongside a good contingent of French players. 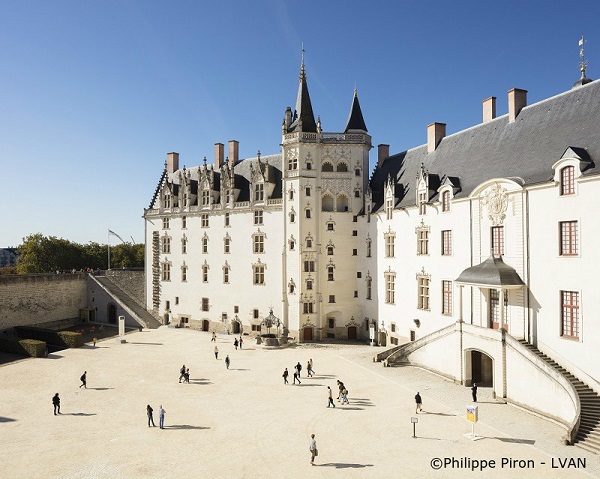 The courtyard inside the Chateau des Ducs de Bretagne, where the glass court will be erected for the 2019 Open de France

As the weekend passes have already sold out via the tournament’s regular ticket sales, this effectively represents the last chance to be present at the Open de France for the semi-finals and finals. For those who already have tickets for the Open de France, please contact the organisers as the option of an entry to the tournament without a weekend pass is also available.

In terms of the tournament format, the 80 entrants will be ranked according to their level and then placed into 5 groups of 16 players. The top 16 players will form the first group, the next 16 the second group and so on. Each entrant will then have 4 matches to play against opponents of a similar level.

There will be 2 matches for each player on each day – one in the morning and one in the afternoon. Then it will be off to the Chateau around 6pm to watch the Open de France!

If you are interested in entering the Amateur Open de France, please contact Etienne Laurent by email at the following address: [email protected] 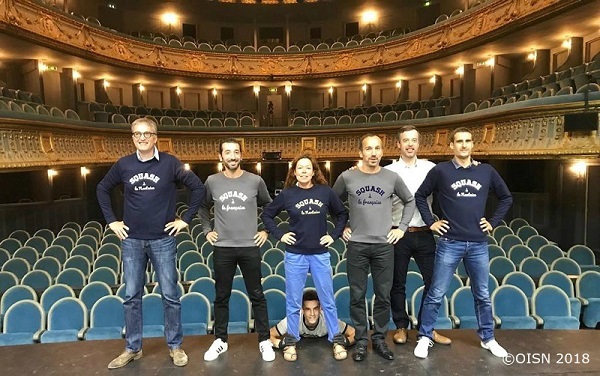 In other exciting French Open news, a 20,000 Euros crowdfunding target set by the organisers early last month has been smashed with 4 days to spare. Billed as “the democratisation of squash”, the organisers had the idea to appeal to squash fans in order to top up the men’s and women’s prize funds, allowing the tournament to achieve PSA Silver status and thereby helping to attract the world’s best players to participate.

Making the event a Silver, alongside the innovative nature of the event and excellent feedback from the players who have so far participated in the event, has already attracted a stellar line-up. In the Men’s draw, this includes players from the World’s Top 20 such as Simon Roesner, Paul Coll and Joel Makin. Amongst the women players, the line-up is similarly impressive, including French No. 1 Camille Serme, English Number 1 Sarah-Jane Perry and American No. 1 Amanda Sobhy.

Full details of the draws can be obtained here: https://psaworldtour.com/news/view/6508/french-no-1-serme-to-headline-open-de-france-draw

The fundraising will remain open for the next 4 days as any additional funds raised will be used to stage a curtain raiser exhibition event before the finals.

Pictures courtesy of : Organisers of the Open de France