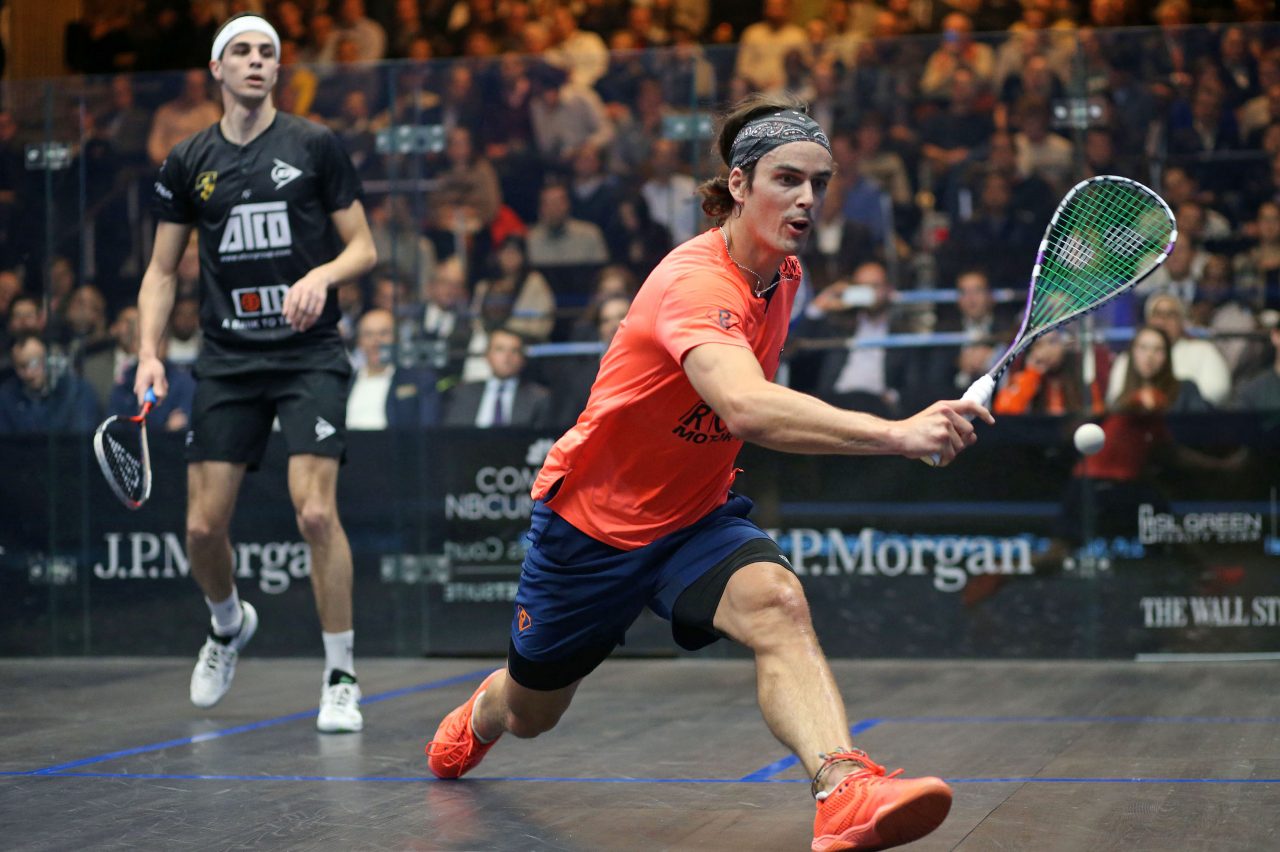 Paul Coll in action against Ali Farag in New York

Kiwi rises above Rodriguez in PSA rankings
By SEAN REUTHE

New Zealand’s Paul Coll has risen to a career-high ranking of World No.6 after the PSA Men’s World Rankings for February were released today (February 1).

Coll, the highest ranked Kiwi male since Ross Norman in 1993, reached the quarter-finals of the J.P. Morgan Tournament of Champions at New York’s Grand Central Terminal in January. As a result, the 26-year-old has risen one place to overtake Colombia’s Miguel Angel Rodriguez, who moves down to No.7.

Coll’s legendary fitness has been embellished by continuing improvements in tactical awareness and high-quality racket skills.

Meanwhile, Frenchman Gregory Gaultier has seen his record 154-month unbroken run inside the world’s top 10 come to an end after the 36-year-old fell three places to No.12.

Gaultier, a former World No.1 and World Champion, has been out of action since October due to knee surgery, and he is replaced inside the top 10 by Peru’s Diego Elias.

Egypt’s Mohamed ElShorbagy stays atop the rankings for a 12th consecutive month, but he is guaranteed to lose top spot to World No.2 Ali Farag on March 1. ElShorbagy’s ranking points for the Windy City Open – which he won – will expire at the end of this month, meaning Farag’s points average will be higher going into March.

India’s Saurav Ghosal rises a place to a joint career-high No.11 ranking, with Omar Mosaad moving up four places to No.13. Hong Kong’s Max Lee drops a place to No.14, while Germany’s Raphael Kandra stays at No.15.

England’s former World No.1 James Willstrop remains at No.16 ahead of compatriot Daryl Selby, with Australia’s Ryan Cuskelly dropping four places to No.18.

Meanwhile, Egypt’s three-time World Champion Ramy Ashour has fallen 11 places to No.35. The 31-year-old hasn’t featured on the PSA Tour since March 2018 due to a knee injury and he now resides at his lowest ranking since January 2006. 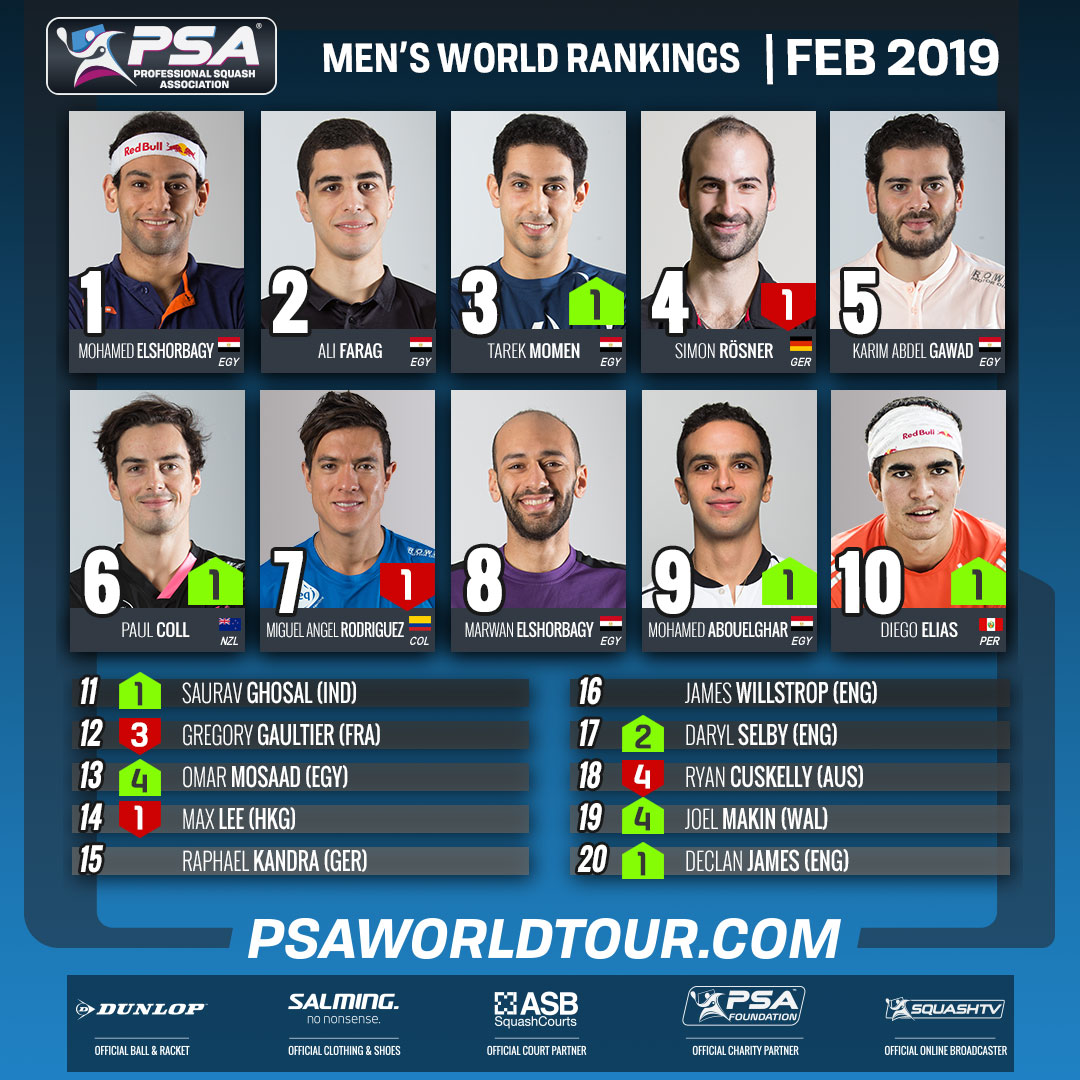