Alan Thatcher January 1, 2020 No Comments on Peru’s Diego Elias climbs to career-high ranking of six in the world 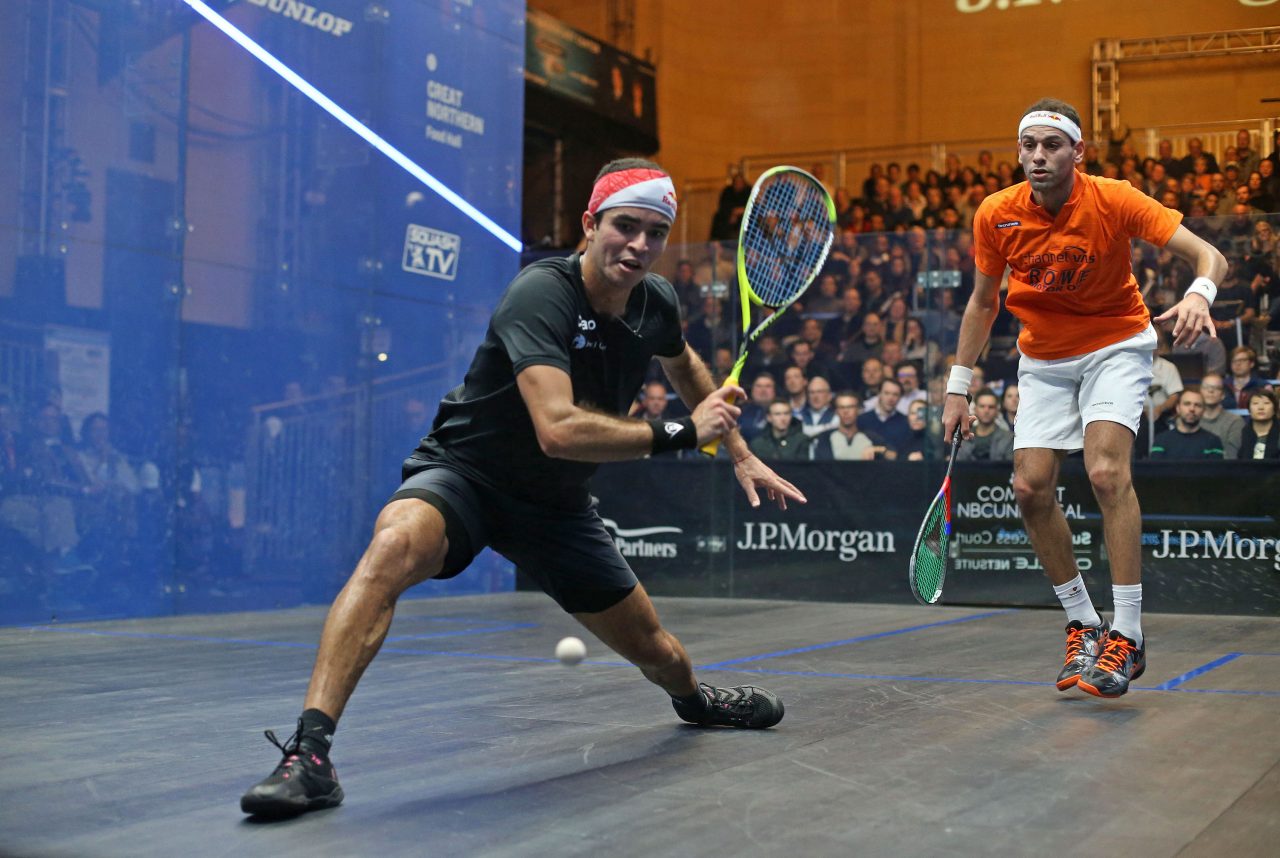 Peru’s Diego Elias will start 2020 at a career-high ranking of World No.6 after the PSA Men’s World Rankings for January were released today (January 1).

The 23-year-old moves up a place and overtakes Simon Rösner after the German’s quarter-final points for the 2018 CIB Black Ball Squash Open expired at the end of December.

Ali Farag and Mohamed ElShorbagy complete an all-Egyptian top four, with the former beginning the New Year as the World No.1 for the first time in his career.

Fares Dessouky (No.11) Joel Makin (No.12) and Saurav Ghosal (No.13) are unchanged, while Gregoire Marche leapfrogs Zahed Salem to move back up to a joint career-high ranking of No.14.

Omar Mosaad stays at No.16, while Mazen Hesham moves up a place to No.17. English trio James Willstrop, Adrian Waller and Daryl Selby round off the top 20, with Mostafa Asal dropping out.

The biggest movers on the men’s tour were Pakistani pair Noor Zaman and Faizan Khan, who rise 232 and 194 places, respectively. Zaman has reached a career-high ranking of No.300 after appearances at the Pakistan International and Rangers Championship, while Khan now sits at No.428 after he reached the last 16 of the Rangers Championship. 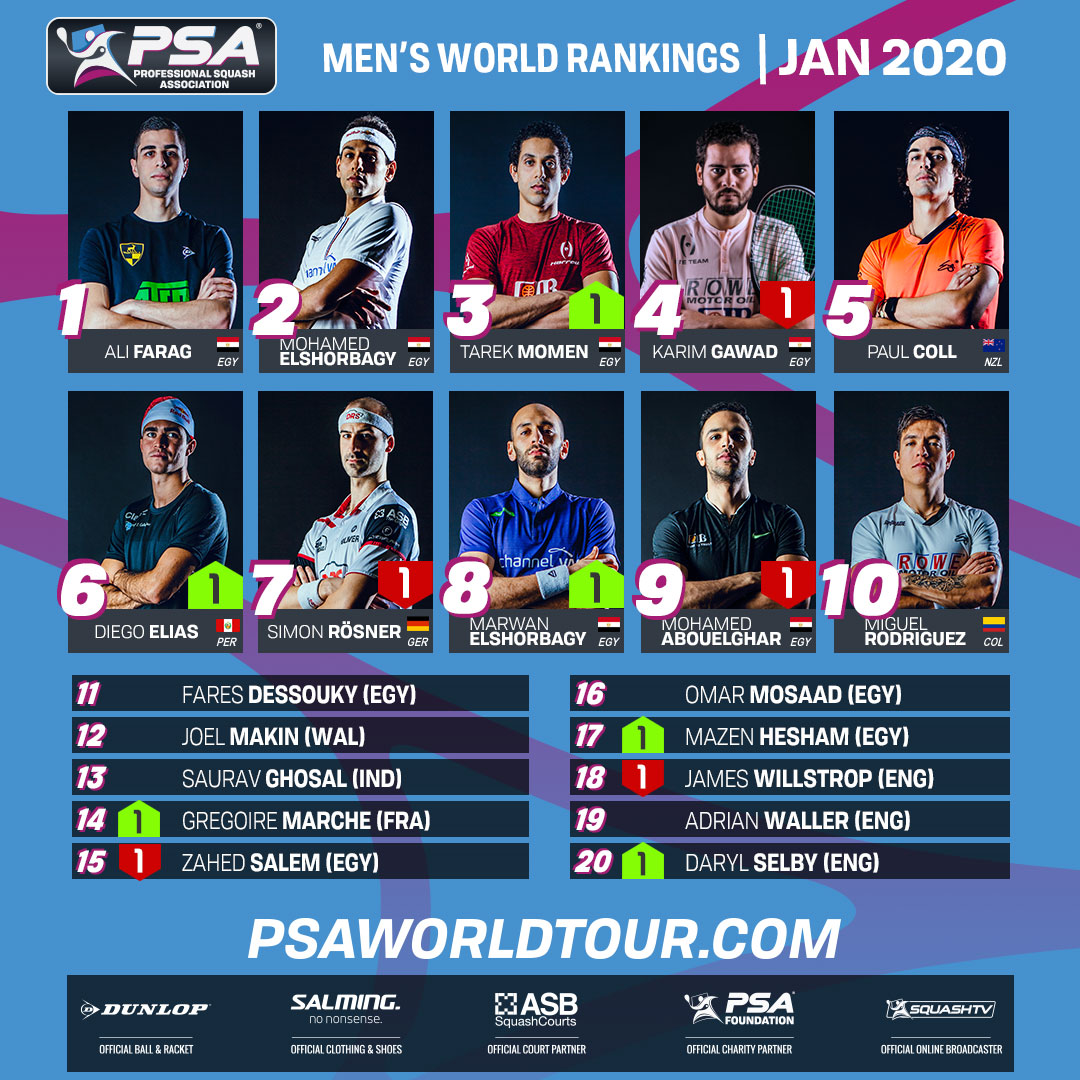