Alan Thatcher March 7, 2020 No Comments on Pie’s the limit as Fallows aims to serve up a Canary Wharf treat 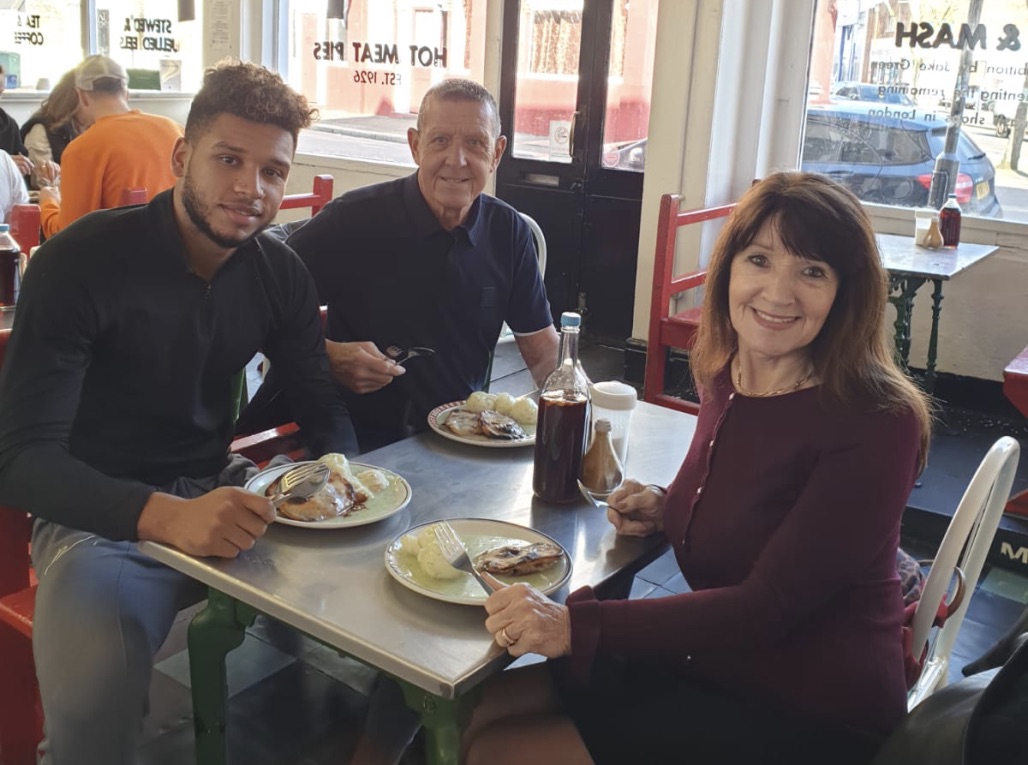 Richie Fallows, the rising squash star from Stratford, aims to serve up a real treat for his army of fans in the St. James’s Place Canary Wharf Classic on Sunday.

He warmed up for the event by playing doubles – and built up his pre-match energy levels with a family favourite meal of pie and mash!

Fallows faces a tough task against England number one James Willstrop, the Commonwealth Games champion who recently won a fourth National title to add to his four Canary Wharf titles.

Fallows says playing on the glass court is “a dream come true” and, making it even more special, he and Willstrop are first on court at 2pm on the opening day of this sell-out PSA World Tour Gold event.

The 24-year-old, who is ranked 54 in the world, prepared for his big occasion by spending the week training in Manchester with the England Academy squad.

Fallows said: “It was great fun training with the squad and a lot of the focus was on the doubles, with the World Championships in Australia next year ahead of the Commonwealth Games in Birmingham in 2022.

“I got home late on Thursday night and met up with my family today. It’s a long-standing family tradition that every Friday we meet up in Leytonstone and have pie and mash for lunch!

“My dad John even has a pie and mash WhatsApp group!”

Fallows follows in the famous footsteps of football legend David Beckham, who also listed pie and mash as his favourite meal.

You can’t get any more Cockney than that and Fallows is guaranteed lots of local support when he faces Willstrop on Sunday.

He was planning some light training at St Albans last night (Friday) and added: “I’ll have another quick hit on the glass court on Saturday night when it’s ready.”

He earned his place in the main draw of London’s top tournament by winning last year’s Wild Card Challenge against Kent’s Josh Masters.

And Fallows is looking forward to another solid performance on the spectacular glass court inside Canary Wharf’s East Wintergarden venue.

“I am really looking forward to it,” said Fallows. “It’s always a great atmosphere at Canary Wharf and to play on the glass court last year was a dream come true. It’s something I’ve wanted to do ever since I began playing squash.

“I’ve watched James Willstrop play in some amazing matches down the years and he is one of the guys I look up to, for sure.

“However, I am confident of winning every time I go on court and Sunday is no exception. It will be nice to be playing on my own doorstep and having family and friends there to cheer me on.

“All the players love Canary Wharf because it’s a sell-out crowd from day one and that really creates a magnificent atmosphere. With a big crowd looking on, you just want to play your best.

“It’s best of three, so you have to be focused from the first point and really go for it.”