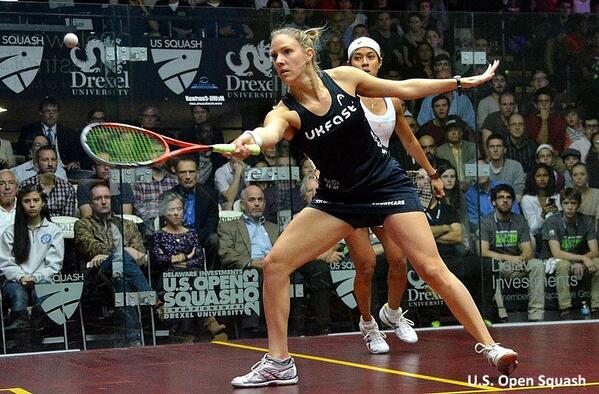 PSA member Ben Coleman was forced to retract his attack on the equal prize money on offer at the US Open.

After he Tweeted a message attacking the decision, world No.85 Coleman (pictured right) was inundated with angry responses from WSA members and general squash fans. 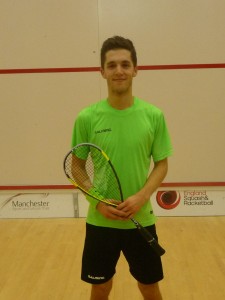 But, after a phenomenal women’s final, in which Nicol David beat Laura Massaro in a compelling 84-minute battle, he issued an apology. He said:

“I want to apologise to anyone who was upset or offended by my original comments on here. It was an ill informed comment and as a PSA player myself, I shouldn’t have posted that on a social media site. I’m all for squash growing as a sport to where it should be! Apologies.”

The US Open 2013 distributed prize money of $250,000 dollars among male and female players, and hosts Drexel University promised to raise the total prize fund to one million dollars after signing a ten-year deal with US Squash to stage the event.

PSA chief executive Alex Gough said earlier in the day: “Having equal prize money at the 2013 US Open is a first for the sport of squash and everyone involved in US Squash and at the US Open should be rightly proud of their achievements.

“Squash is a physically demanding sport for both male and female players and unlike in many other sports, matches follow exactly the same format in squash regardless of gender, so to see the female game treated on equal footing as the men financially can only be considered as a step forward for the sport as a whole.

“I believe this development has once again shown squash’s qualities as a forward thinking sport and everyone involved in the game remains fully committed to ensuring that we expand and grow the sport in every area available to us and increasing the level of gender equality within the game can only be beneficial for everyone in pursuit of that goal.”

Nick Matthew, who finished runner-up to Gregory Gaultier, Tweeted: “For the record I think @USSQUASH & Delaware Investments deserve tremendous praise for the equal prize money initiative & I’m fully behind it.”

Essex player Coleman has qualified for the forthcoming men’s World Championship in Manchester, which carries prize money of $275,000.

Astonishingly, there is no women’s World Open taking place in 2013, despite the sport’s recent bid for a place in the 2020 Olympics highlighting the strength of both men’s and women’s world tours.

The presentation panel in Buenos Aires featured former world champion Sarah Fitzgerald, and world champion  David was a prominent supporter of the campaign throughout.

This is the Tweet from Ben that stirred up such a hornet’s nest:

I'm sorry but I completely disagree with their being equal prize money in the @USOpenSquash Not a sexist thing! #usopensquash

And here is a selection of comments:

@ben_coleman91 sorry Ben you're on dodgy ground with that especially as the girls play best of five unlike in tennis. You can't win argument

@ben_coleman91 do you think that people would rather pay to watch you or Nicol David play? If the quality of squash is 'So much better'?

Pictures courtesy of US Open Squash