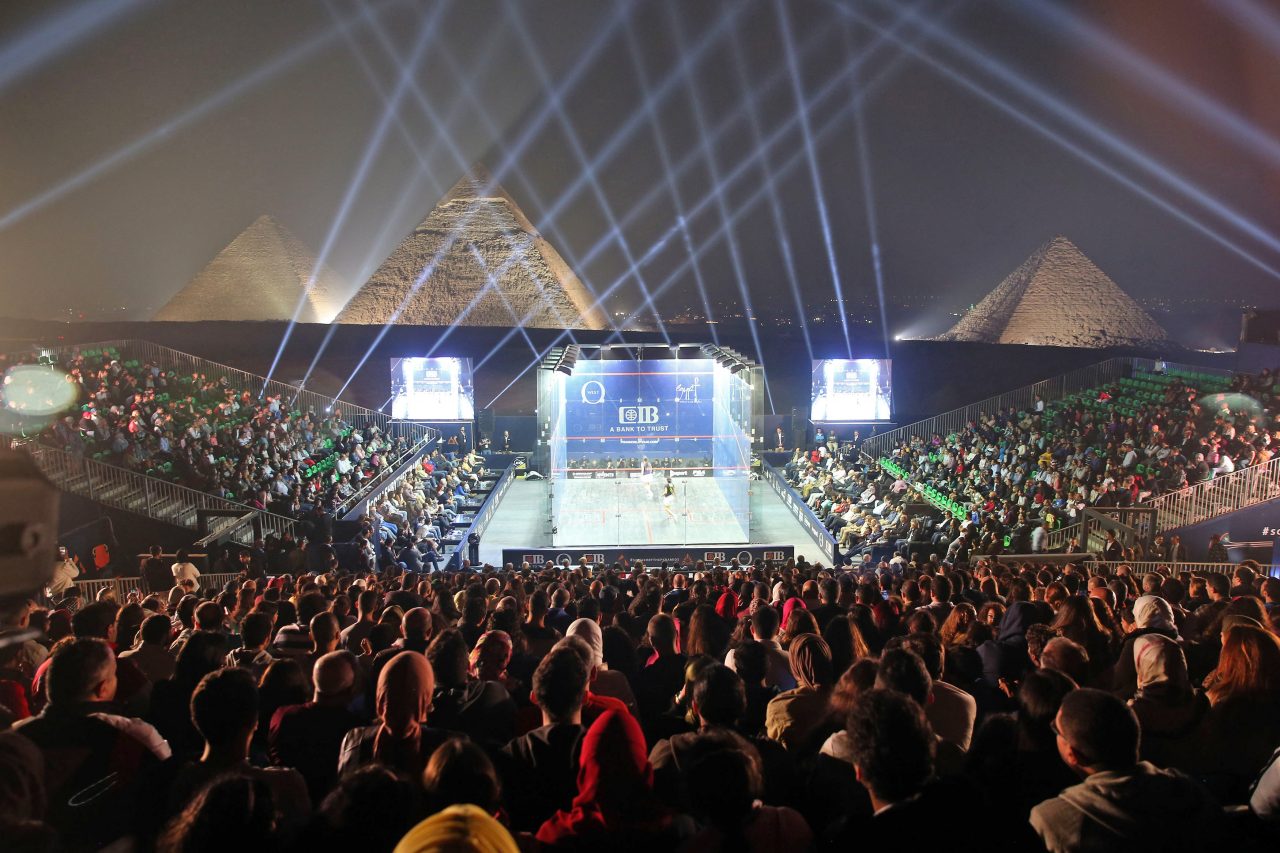 The PSA World Tour resumes in September with the Manchester Open signalling the return to competitive play for the first time since the coronavirus lockdown began in March.

The first events to appear since the shutdown will be behind closed doors. This will be in contrast to the last events to be completed before the lockdown, which featured the sell-out St. James’s Place Canary Wharf Classic (for men) in London and the women’s Black Ball Open in Cairo.

The Professional Squash Association (PSA) today issued a provisional schedule which will begin on Wednesday September 16 with the Manchester Open, a PSA World Tour Silver event held at the National Squash Centre in the northern city.

The CIB PSA World Tour Finals is then planned to take place between September 28 and October 3 in Cairo, Egypt, with entries being made up of the current top eight players on the CIB World Tour Finals Leaderboard.

The CIB Egyptian Open will be the first Platinum tournament to take place since the restart which will be staged in front of Cairo’s Great Pyramid of Giza between October 10-17. 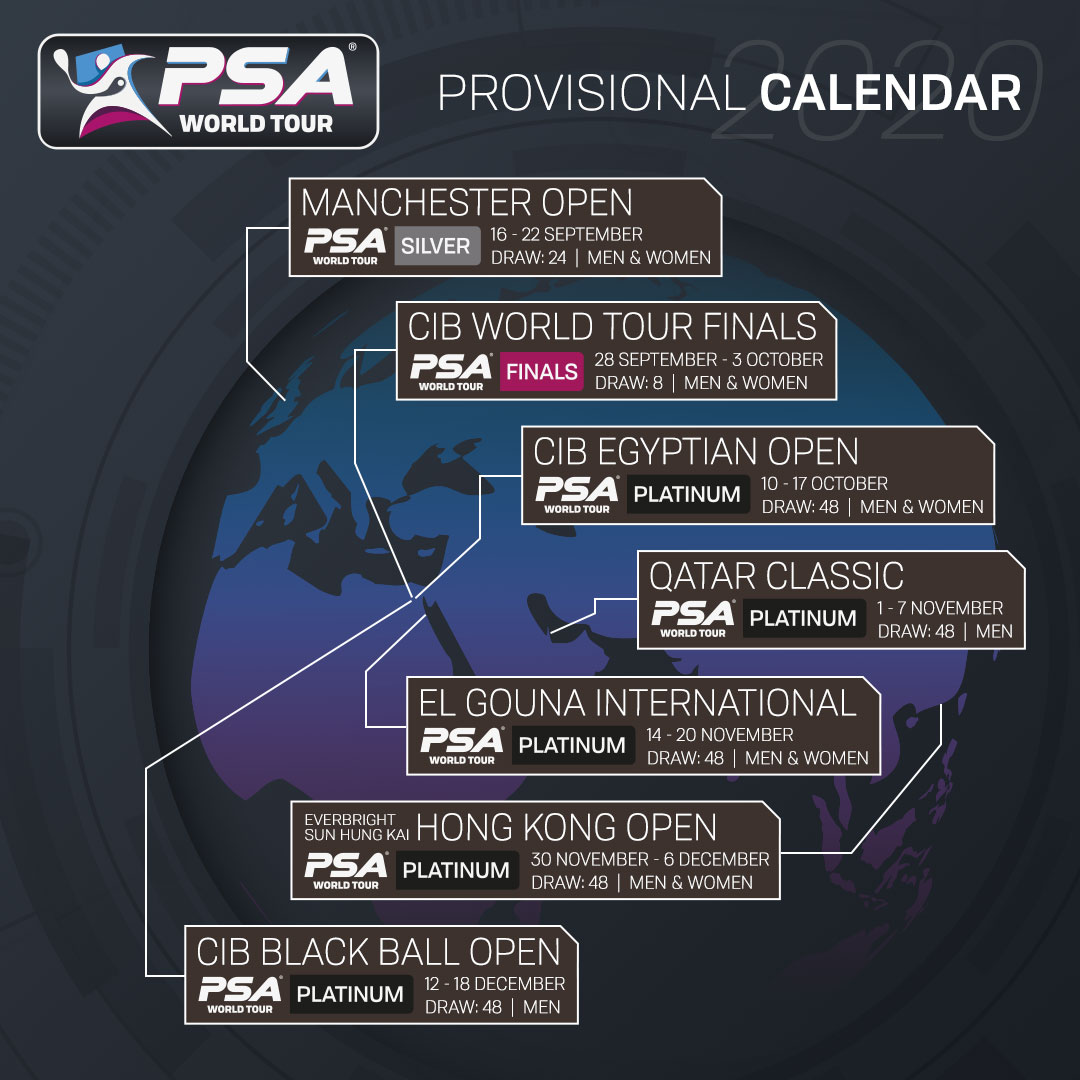 A number of PSA World Tour events have been provisionally confirmed for 2021, including the rescheduled Allam British Open, and these will be announced later this year.

The calendar is subject to change and all tournaments will abide by strict protocols with relation to health and safety, international travel policies and social distancing guidelines, while there will be no fans on-site until local situations improve.

In addition to the PSA World Tour resuming, domestic PSA Challenger Tour events are planned to begin from Thursday September 10, with international events to follow later in the year. Tournaments on the WSF & PSA Satellite Tour will be sanctioned from Thursday August 27 onwards.

Further to this, the PSA World Rankings will be unfrozen from October 1, 2020 with a new ranking system coming into play to ensure that no player rankings are affected during the restart of the PSA Tour.

The new system will remove the divisor – which previously divided the total number of points a player had accumulated over a 12-month period by the number of tournaments played to give an average score – and instead points will be made up of a cumulative total consisting of the top 10 tournament results for men and top nine for women. 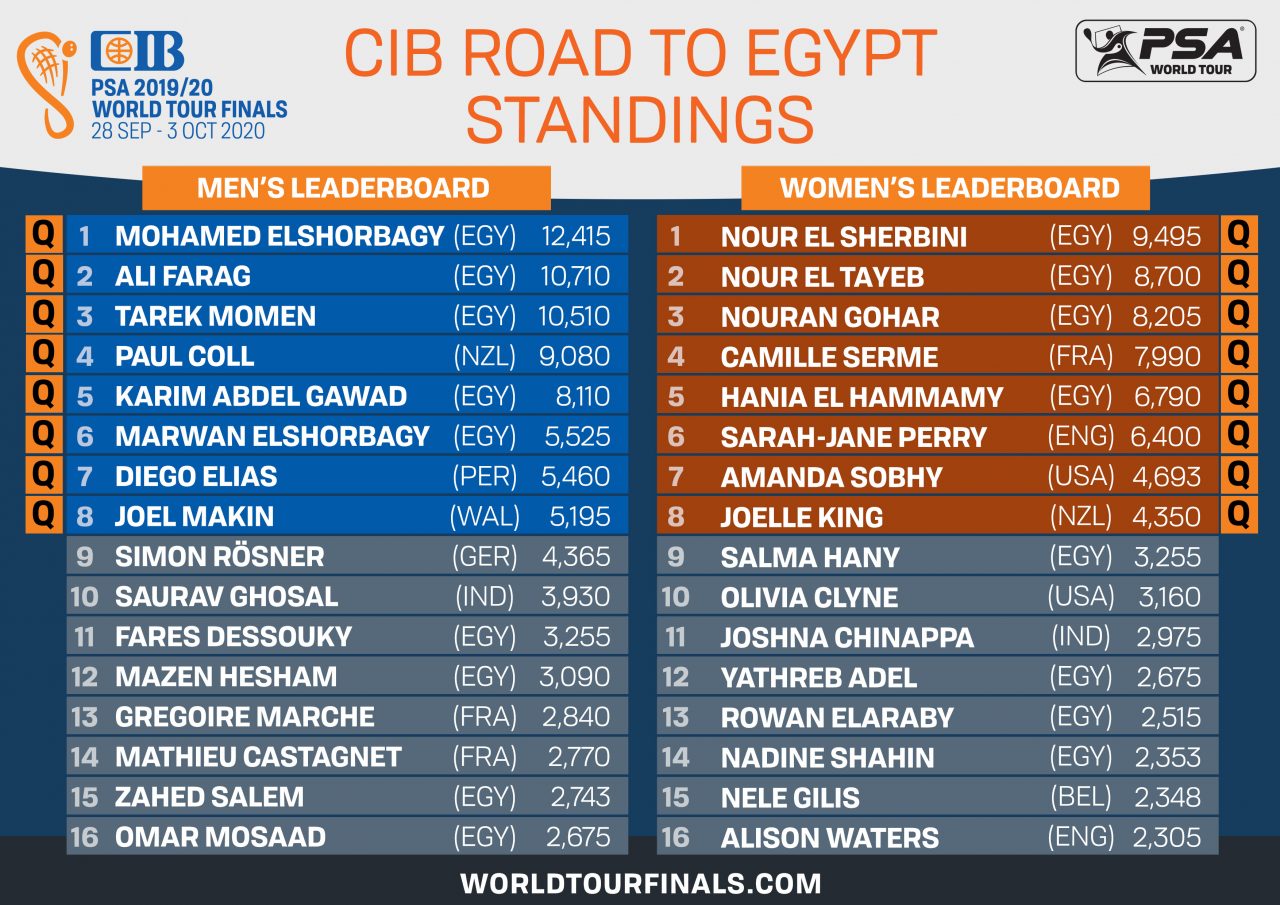 In addition, to safeguard players’ rankings during the COVID-19 pandemic, the number of months counting towards the ranking system will be temporarily increased. Rankings from October 1, 2020 – January 21, 2021 will include points earned in tournaments from March 2019 (unless already excluded from the frozen ranking), to date.

Points will then gradually come off in a staggered rhythm from February 1, 2021, with the normal 12-month rolling time period expected to return by 1 July 2021.

“After working closely with tournament promoters and players and playing close attention to health and safety guidelines put in place by government health authorities, we are delighted to finally be in a position to map out our plans to restart the PSA Tour,” said PSA Chief Executive Alex Gough.

“During the suspension of the PSA Tour, we have been in regular contact with tournament promoters to ensure that we are able to reschedule as many of the tournaments that were unable to take place earlier this year as possible, and we are pleased to have been able to salvage a number of major tournaments.

“As always, health and safety has been of the utmost importance in any plans to restart the tour and we will collaborate closely with all tournament promoters to ensure that our events will conform to strict guidelines and mitigate the risks involved so that all players and staff can operate in a safe space.

“We will undoubtedly miss the fervent support of fans inside our venues as the tour resumes, but we will endeavour to bring them as much world-class squash as possible via SQUASHTV – our OTT platform – as well as through our various media partners and social media channels in the coming months.”