Alan Thatcher April 30, 2020 No Comments on PSA to take over WSF media and marketing role as Howard Harding stands down 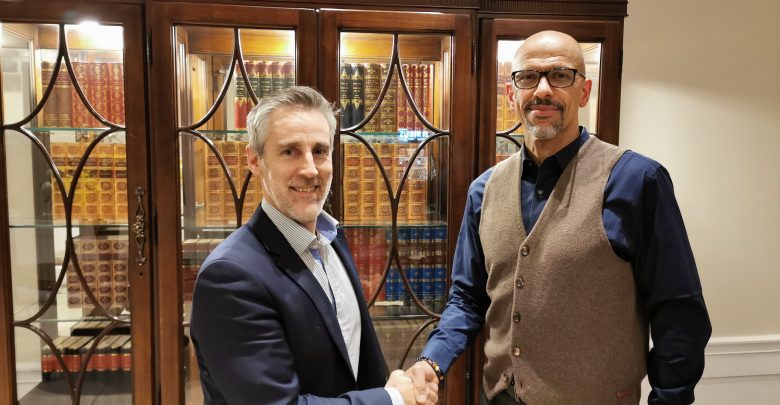 The World Squash Federation (WSF) has appointed the Professional Squash Association (PSA) to oversee its communications efforts following a restructuring of the organisation’s PR, media and marketing activities which will come into effect from May 1.

The appointment of the PSA to oversee the WSF’s communications efforts will see the two organisations collaborate further to grow the profile of the sport and WSF’s digital channels, while the PSA will also assist in the promotion of major WSF tournaments across the globe.

Ultimately, many in the game see this as a major step towards the PSA having a significant involvement in the sport’s bid for a place in the Olympic Games.

This latest move at closer alignment between the sport’s two global bodies follows a strategic review into the role of the WSF carried out last year by the BeBrand agency, run by RAC squash captain James Sandwith, and the appointment of William Louis-Marie as WSF Chief Executive Officer after Andrew Shelley’s resignation.

Shelley stepped down after the most recent Olympic bid was trashed by the IOC and the French organising committee choosing to select a non-sport, breakdancing, instead of squash for the 2024 Olympics in Paris.

Howard Harding, WSF World Media Director since 1996, will help with the transition until the end of June. Howard has been a familiar face on the world squash scene for much of the past four decades.

He was part of the CPR (Creasy Public Relations) team, based in Fleet Street before their move to Docklands, who brought major sponsors like HiTec, InterCity and Davies and Tate into the game.

Providing a tournament package that involved sponsorship and media relations paved the way for a golden era in the game as participation numbers approached three million in the UK and the British Open attracted sell-out crowds of 3,000 to the Wembley Conference Centre.

Sponsors like InterCity and American Express were attracted to the game because of the enormous profile the sport enjoyed thanks to those participation figures, and Harding played a major role in underpinning that scenario.

“I would like to thank Howard most sincerely for his unwavering commitment to the promotion of the World Squash Federation over the years. He has epitomised the communications of our sport, its players and different stakeholders with the sole purpose to enhance the sport he has cherished. I wish him all the best in his endeavour with www.squashinfo.com,” said Louis-Marie.

“Communications have become more and more critical for any international sporting organisation and I’m greatly delighted to join forces with PSA to benefit from their highly recognised expertise, enhance the communication and marketing of WSF activities and better promote the stories of our National Federation members.”

PSA Chief Executive Alex Gough said: “Following the signing of a Memorandum of Understanding with the WSF, we have enjoyed a closer working relationship with them than ever before, and we are looking forward to assisting the WSF with their communications efforts in the future.

“As the two global governing bodies in the sport, the PSA and WSF share a number of common goals and we are pleased to be playing an active role in increasing squash’s visibility and profile beyond the professional game.”

Harding said: “As a passionate lover of squash, the media role at the WSF was always a dream job and I am proud of the contribution I have made over the 23 plus years in trying to keep news of the sport in the forefront of the world’s media.

“But as I approach my 75th birthday, and with a new regime at the WSF, I feel it’s time to stand down from the role.

“I look forward to being able to devote my squash energies full-time into further developing my website www.squashinfo.com which contains comprehensive statistics relating to the sport’s events and players.”

EDITOR’S NOTE: I would like to wish Howard a happy and healthy retirement and thank him for his friendship, kindness and support over the past four decades.

He has created a fantastic, professional resource for the game with www.squashInfo.com and I know that this and his music will keep him busy in the years to come.

I believe this closer partnership between the PSA and WSF will have the potential to bring enormous benefits to the game.

The strategic review undertaken by James Sandwith identified the need for the WSF to operate in a more professional manner.

Replacing some of the clubby, old-school regional committees may take a while, but William Louis-Marie and president Jacques Fontaine have clearly chosen to embrace the PSA as important partners.

Former president Niyarama Ramachandran threatened legal action at one particular WSF annual meeting as PSA chairman Ziad Al-Turki and a queue of other delegates suggested it was time for change.

Encouraging the SquashTV crew and the growing and talented PSA media team to provide live streaming and global coverage of events like the Commonwealth Games and Asian Games will provide support that was way beyond the budget of the WSF.

In the short term, the WSF may well call on PSA support as they bid to keep squash in the senior Pan-Am Games.