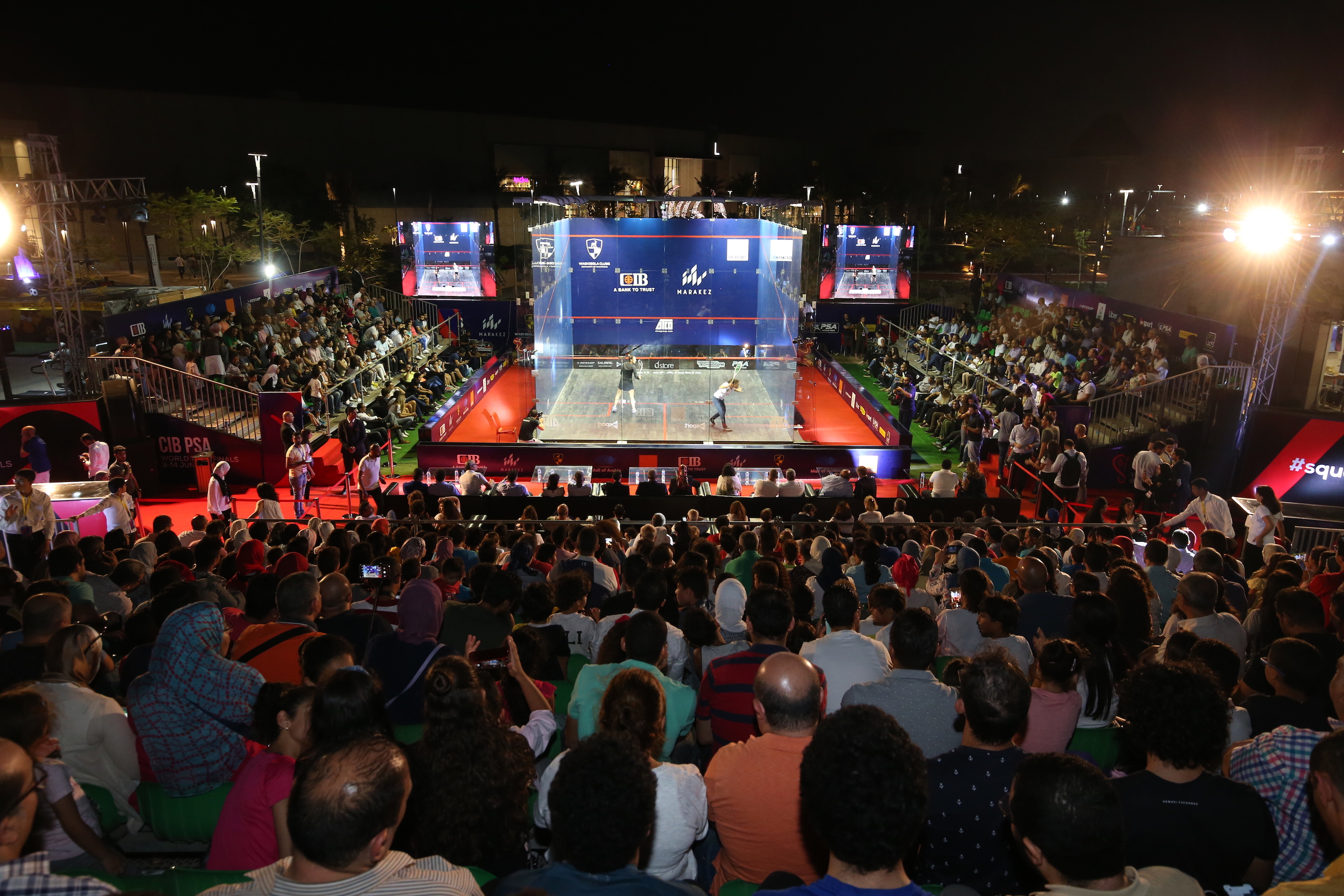 The Professional Squash Association (PSA) has announced the calendar for the 2019-20 PSA World Tour season, which will see 29 tournaments take place across five continents between September 2019 and June 2020.

The PSA World Tour is the pinnacle of professional men’s and women’s squash and makes up part of the new PSA Tour structure – which came into effect in August 2018 – alongside the PSA Challenger Tour and the WSF and PSA Satellite Tour.

The reigning PSA World Champions and all Platinum event winners automatically qualify for the PSA World Tour Finals, which features a men’s and women’s event, both containing eight-player draws. The remaining places are allocated to the highest ranked players on the Road to Egypt Standings, and points will be on offer at all PSA World Tour events during the season. 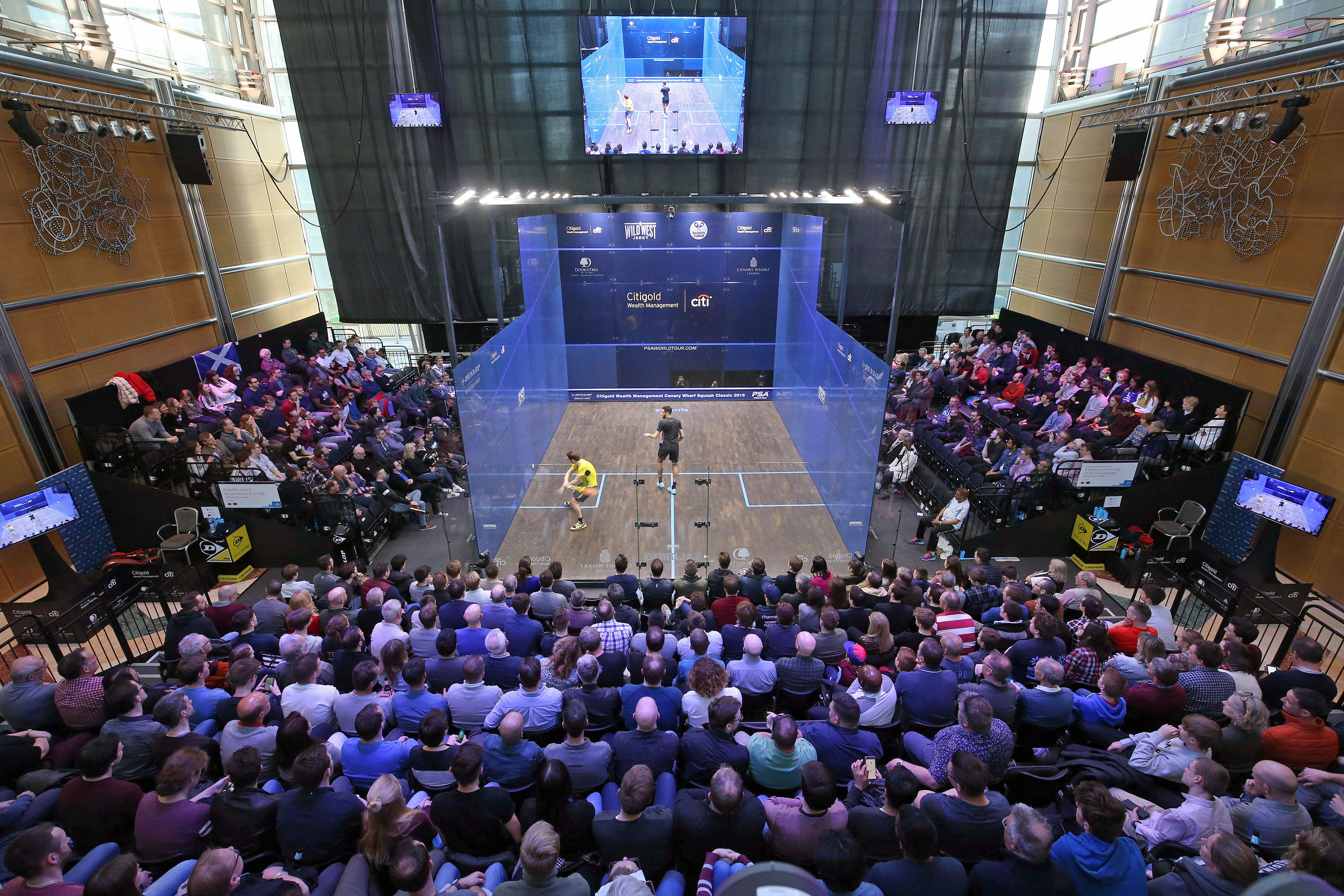 The Canary Wharf Classic is always a sell-out in London

The announcement of the 2019-20 PSA World Tour calendar comes off the back of the release of the season’s broadcast schedule, which will see 18 PSA World Tour events broadcast live on SQUASHTV, Eurosport Player, the official Facebook page of the PSA World Tour, DAZN and a selection of mainstream broadcast channels across the globe.

“Since putting the new tour structure into place at the beginning of the 2018-19 season, we have seen an increase in prize money and playing opportunities across the tour and we fully expect that trend to continue throughout the upcoming season.” said PSA Tour Director Hannah Ridgard-Mason.

“The 2019-20 campaign promises to be one of the most highly-competitive and exciting seasons in recent memory, and we look forward to watching all of the action unfold over the next nine months.”

About PSA:
The Professional Squash Association (PSA) is the global governing body responsible for the administration of both men’s and women’s professional squash around the world. With over 950 registered players and more than 200 events taking place around the globe every year, the PSA World Tour and the PSA Challenger Tour – both managed and run by the PSA – showcases the game of squash at its highest level in some of the world’s most unique and stunning locations.