PSA World Tour Finals to be held in Cairo

Alan Thatcher April 16, 2019 No Comments on PSA World Tour Finals to be held in Cairo 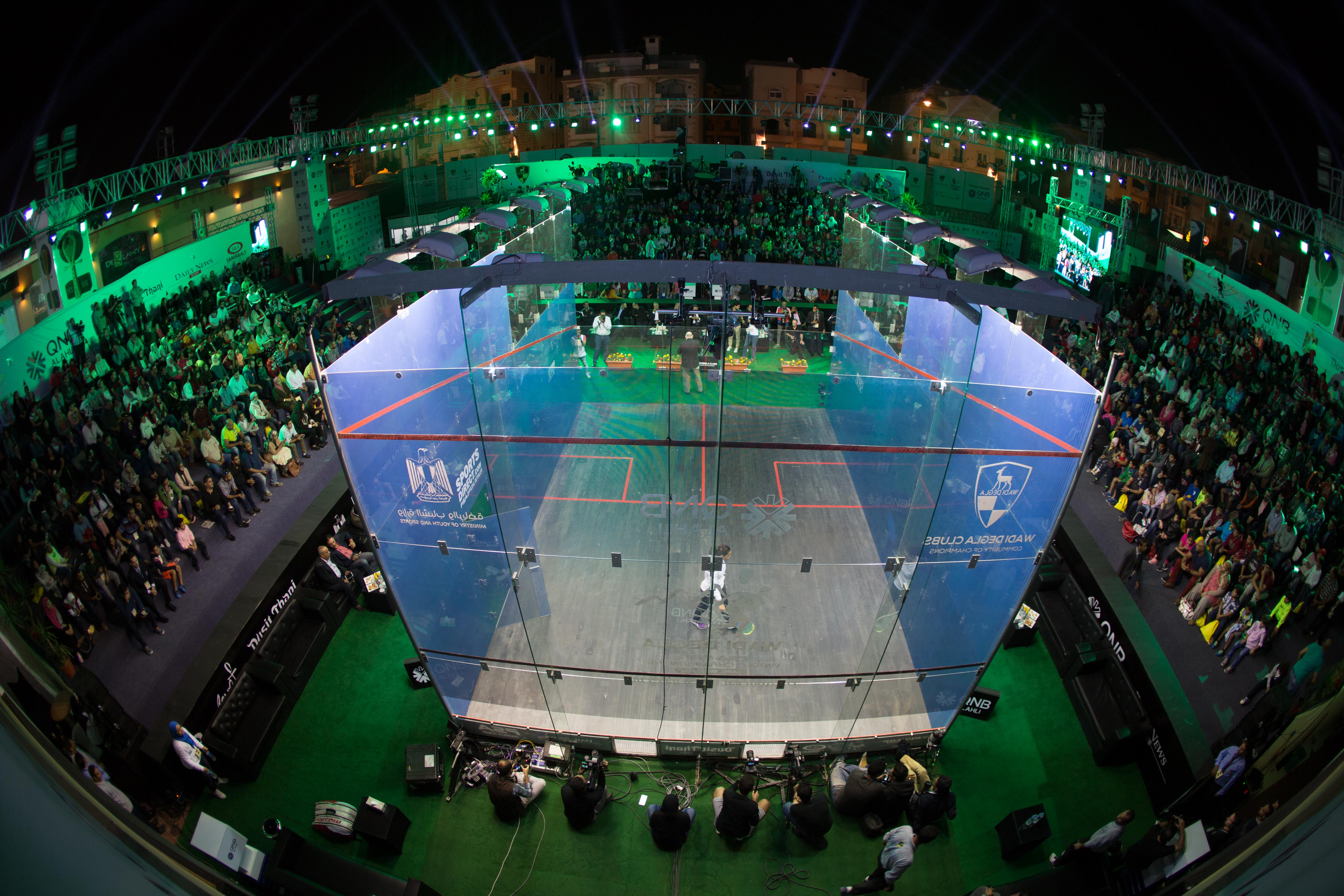 The star-studded PSA World Tour Finals will be held in Egypt for the first time after an agreement was reached between the Professional Squash Association (PSA) and title sponsors CIB to bring the world’s leading squash players to the Wadi Degla Club in Cairo between June 8-13 for the 2018-19 edition of the season-ending tournament.

Featuring the world’s top eight male and female players, the CIB PSA World Tour Finals will act as the season finale to the 2018-19 PSA World Tour campaign. The event has been successfully staged in Dubai over the past three seasons at venues such as the Burj Khalifa, Dubai Opera and Emirates Golf Club.

“The PSA World Tour Finals always provides a fitting climax to the PSA World Tour season and we are excited to be staging this season’s tournament in Cairo,” said PSA Chairman and A. A. Turki Group of Companies (ATCO) Chairman Ziad Al-Turki.

“With a number of the sport’s highest-ranking players hailing from Egypt, squash already has significant presence and popularity in the country, and we hope to build on that by holding the World Tour Finals there.

“I would like to thank both the Wadi Degla Club and CIB for their support in staging this event, and I look forward to watching the action unfold in June.”

CIB Chief Executive and Board Member, Hussein Abaza, said: “We are delighted to sponsor the PSA World Tour Finals and remain committed to supporting world-class squash in Egypt. We have been involved in a number of major tournaments in the region already this season, while we will also serve as title sponsor for the PSA Women’s World Championships, which will bring the world’s best back to the Great Pyramid of Giza, one of the most iconic venues in sporting history.

“Our sponsorship of the PSA World Tour Finals will see us build on a successful partnership with PSA, and I for one cannot wait to see some of the greatest athletes in world sport take to the court in Cairo in June.”

Wadi Degla Squash Director, Karim Darwish, said: “We are excited to be bringing the PSA World Tour finals to Egypt for the first time in the tournament’s history, and I believe that the Wadi Degla Club will provide the perfect venue for squash’s season finale.

“The Wadi Degla Club is no stranger to hosting the world’s biggest squash tournaments and I look forward to welcoming players to Cairo on June 8th for what promises to be a thrilling week. I would also like to thank CIB for their support and look forward to working with both them and PSA in the coming months.”

The six-day event will bring together the greatest squash talents on the PSA World Tour, with a total prize purse of $320,000 split equally between the men’s and women’s events thanks to the generosity of sponsors CIB, ATCO, and also the Wadi Degla Club.

Players will be split into two groups of four and will play round-robin best-of-three matches in the group stages, with the top two from each group progressing to the knockout semi-finals and beyond. 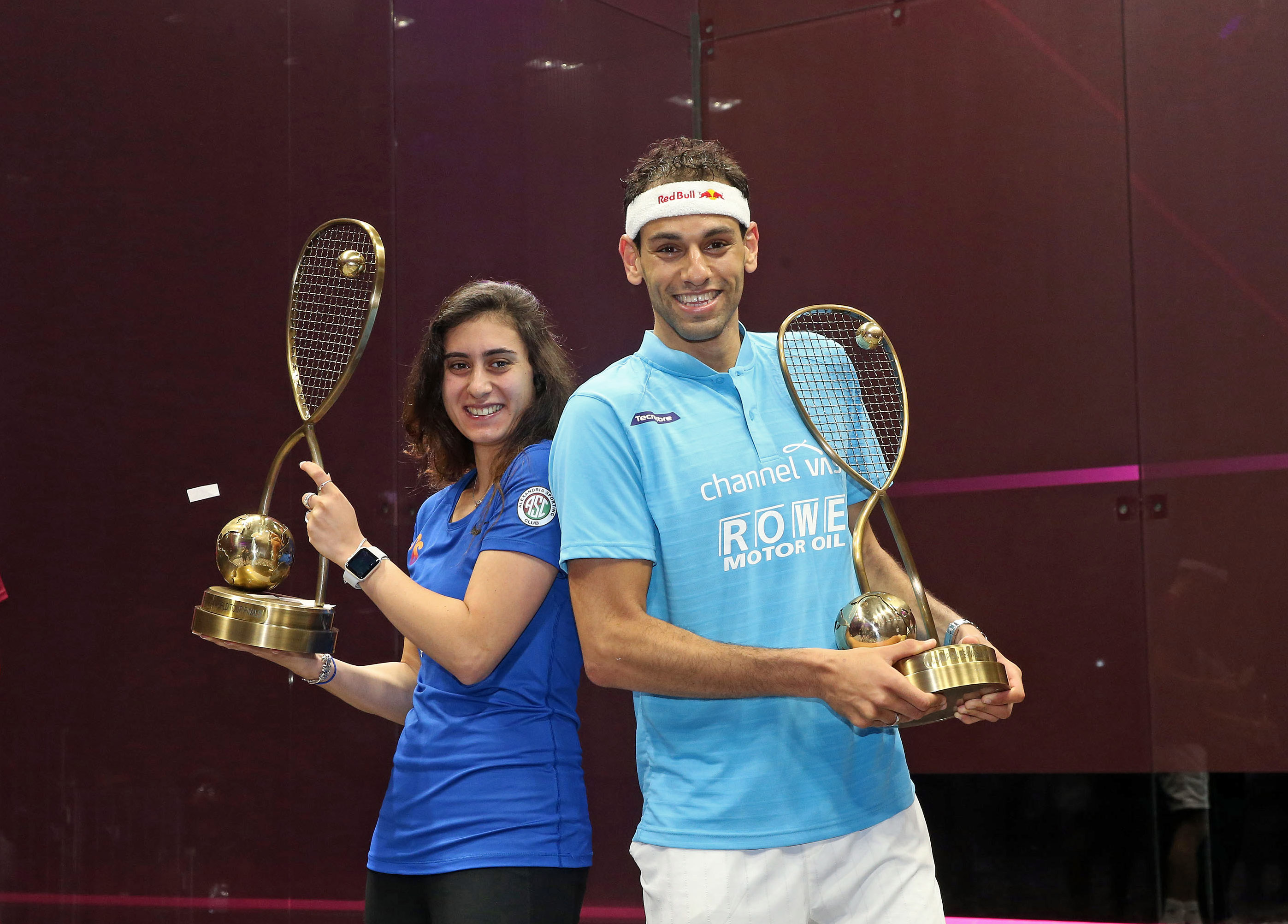 Winning a PSA Platinum tournament also guarantees qualification for the World Tour Finals. World No.1 Ali Farag tops the men’s leaderboard and has already qualified after winning the PSA World Championships, J.P. Morgan Tournament of Champions and the Qatar Classic this season. He sits ahead of compatriot Mohamed ElShorbagy, whose wins at the U.S. Open and Hong Kong Open have seen him also qualify.

Karim Abdel Gawad is the other player to have already earned his place in Cairo after triumphing in December’s Black Ball Open. The other players in the top eight of the men’s leaderboard are Egypt’s Tarek Momen, Germany’s Simon Rösner, New Zealand’s Paul Coll, Peru’s Diego Elias and Egypt’s Mohamed Abouelghar.

World No.1 Raneem El Welily heads up the women’s leaderboard and has qualified for Cairo courtesy of her title win in October’s U.S. Open. She is followed by World No.2 Nour El Sherbini, who won both the PSA World Championship and the Tournament of Champions.

New Zealand’s Joelle King is the other automatic qualifier after lifting her maiden Platinum title at the Hong Kong Open in November.

Two more Platinum tournaments remain this season, with the El Gouna International and Allam British Open still to come in April and May.

The men’s XII Torneo Internacional PSA Sporta, Bronze tournament, which is held in Guatemala between May 29 and June 2, will be the last ranking PSA World Tour event of the season.